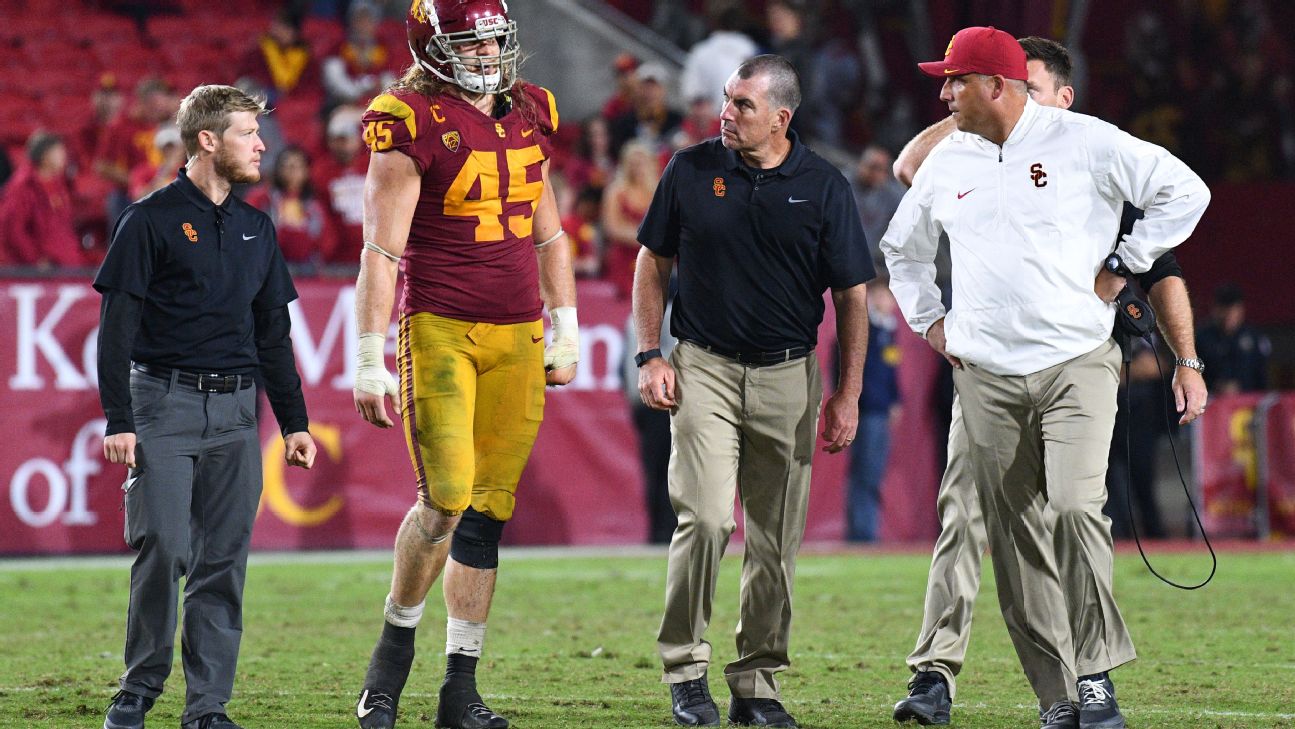 USC senior outside linebacker Porter Gustin will miss the rest of the season after fracturing his ankle during the fourth quarter of Saturday's game, coach Clay Helton announced Sunday.

Gustin will undergo surgery, Helton said, and begin rehabilitation with an eye on the NFL draft.

When healthy, Gustin has been one of the better defensive players in the Pac-12, but his career has been limited by injury over the past two seasons. He played in just four games in 2017 as he dealt with bicep and toe issues, and suffered a small meniscus tear in his left knee during training camp this year.

Gustin led the Trojans in tackles for loss in 2015 (13), when he finished second on the team with 68 total tackles. In just six games this year, Gustin had a career-best seven sacks for a loss of 45 yards