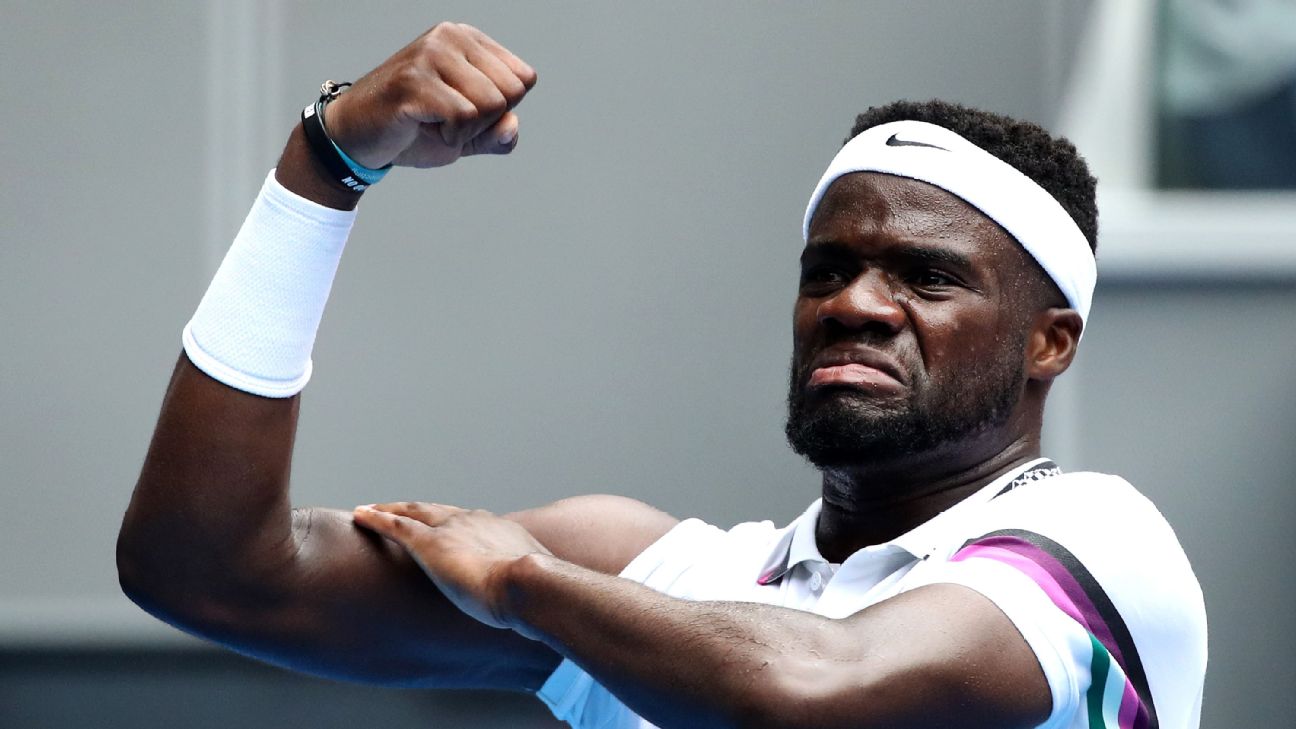 Unseeded American Frances Tiafoe is making a name for himself Down Under, advancing to the quarterfinals of the Australian Open. The 21-year-old has captivated the sports world, not only with a series of upsets that has seen him knock off No. 5 seed Kevin Anderson and No. 20 seed Grigor Dimitrov, but with his postmatch celebrations that have paid homage to Los Angeles Lakers star LeBron James.

After his second-round victory over Anderson, Tiafoe mimicked the "too strong" bicep slap James has been known to perform after scoring a basket through contact.

"You like that? It was pretty cool," Tiafoe said with a smile when asked about the celebration after the match.

"It is kind of instinct thing," he added. "I hope the crowd liked it."

The crowd definitely liked his reaction to beating Andreas Seppi in the third round.

That move was instantly recognizable to NBA fans as "The Silencer," a move James has broken out over the years after making big shots in the final moments of a game.

Last March James, who has missed the past 13 Lakers games with a strained groin, was asked about the spread of "The Silencer" and told reporters, "It's great when you have other athletes not only in your own respective sport but in other sports that respect what you do and also know the meaning behind it." He also commented on an ESPN Instagram post comparing his celebration with Tiafoe's.

"He commented silencer and he put a crown, two muscle emojis," Tiafoe said after his win over Dimitrov. "I was like, Clearly he knows who I am now. I was like, That's just crazy."

While James hasn't said much more about Tiafoe, the rising tennis star had nothing but positive things to say about James after his third-round win over Seppi.

"Not just an unbelievable athlete, but what he does outside playing basketball," he said. "The school he made, putting 50 [million] into that, that's unheard of. He's an absolute icon. Everything he brings, how he carries himself. Never having trouble with the media, never done anything wrong. He's a superstar for a reason. He's LeBron James for a reason."

If Tiafoe wins his next match, he'll really have reason to celebrate. He faces No. 2 seed and 17-time Grand Slam champion Rafael Nadal in the quarterfinals. 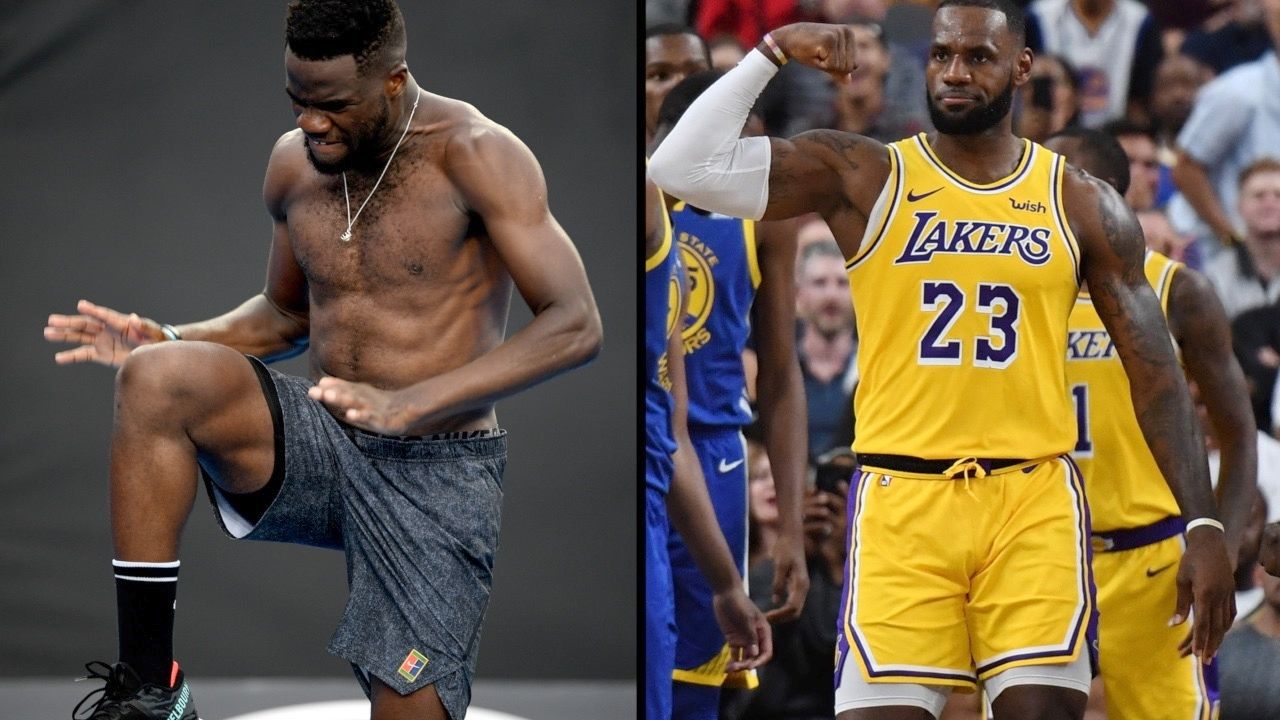 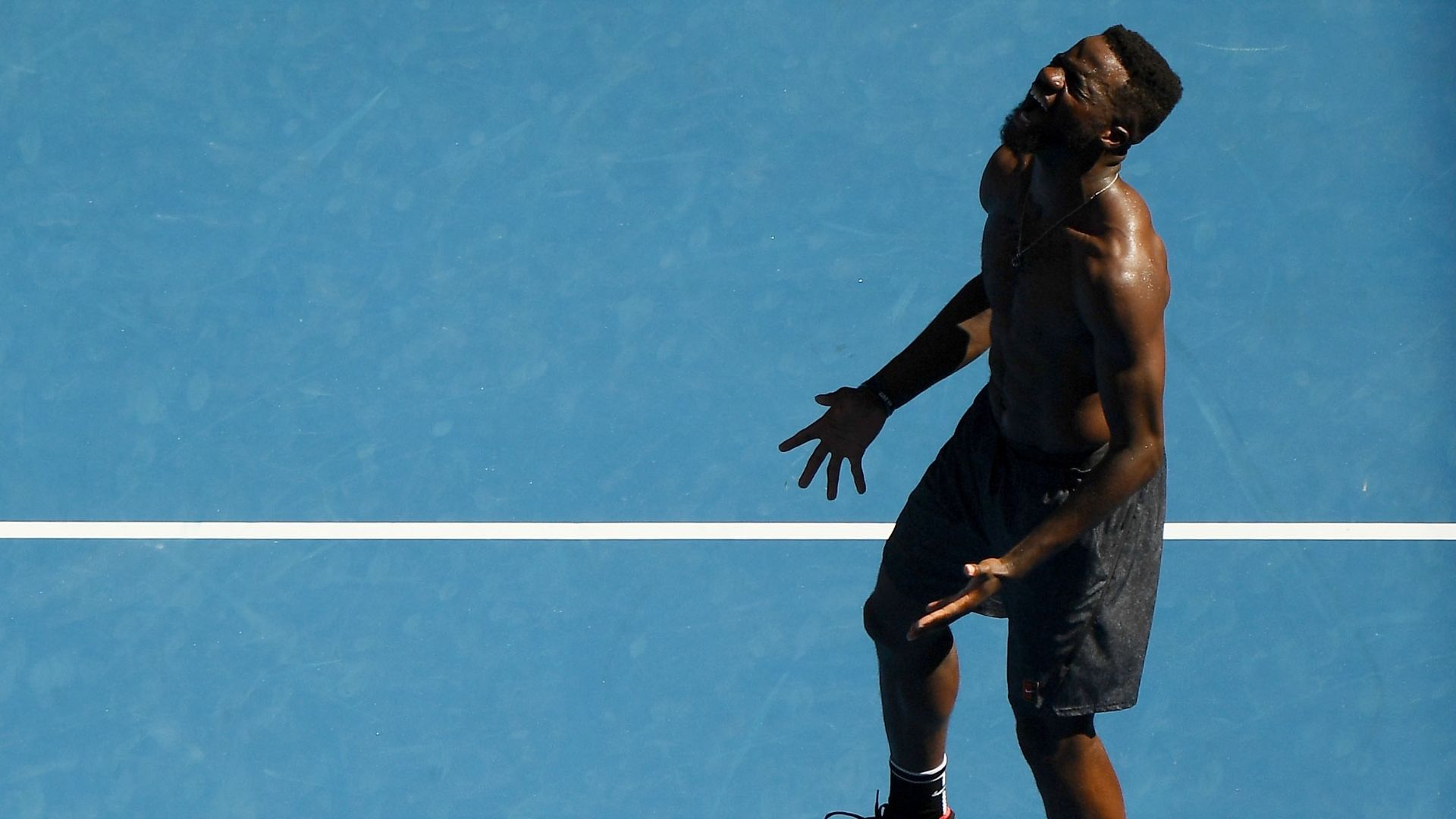