Georgia opens at No. 1 in CFP, ahead of Alabama, Notre Dame, Clemson 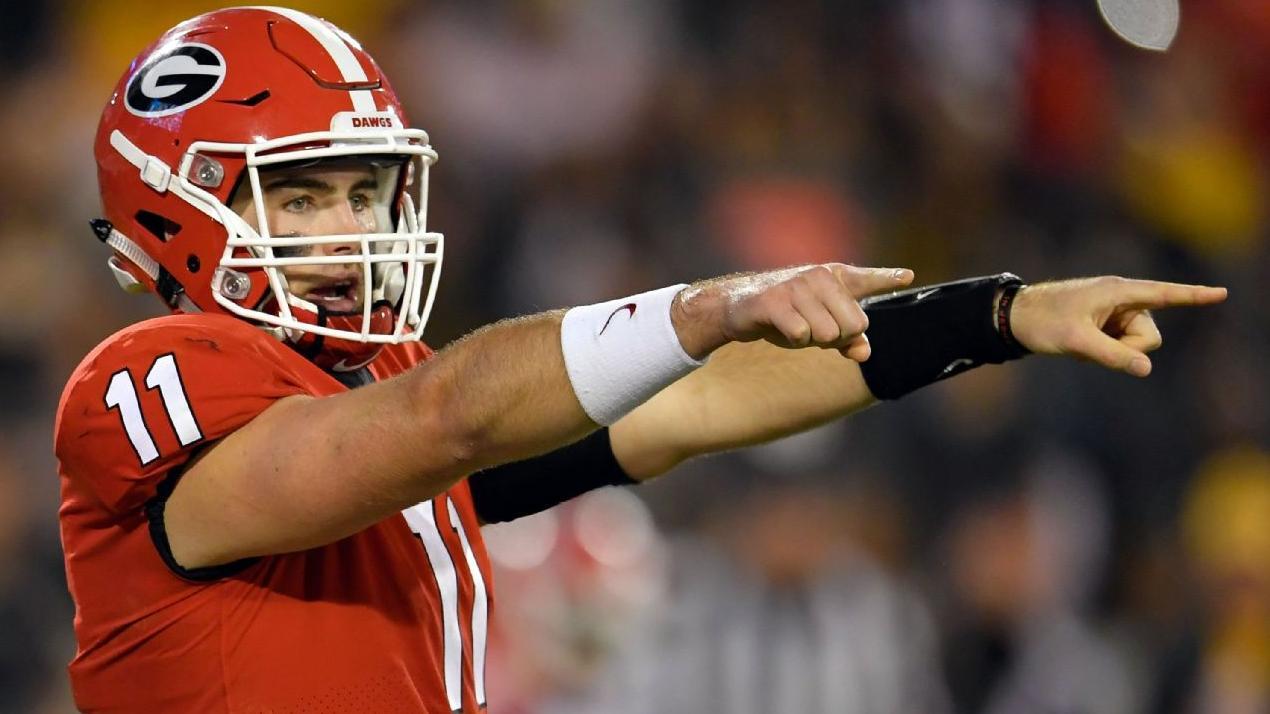 The SEC rules the top of this season's first College Football Playoff rankings, but perhaps not in the way most would think.

Though Alabamais ranked ahead of Georgiain the AP poll, the CFP committee sees the unbeaten Bulldogs as the No. 1 team, ahead of the also unbeaten Crimson Tide, who sit at No. 2.

With both teams currently on a collision course for the SEC title game, the Dec. 2 game in Atlanta could serve as a sort of playoff game for the CFP.

Following the SEC titans are six teams sitting at 7-1, led by Notre Dameat No. 3. The Fighting Irish's lone loss came at home to newly minted No. 1 Georgia. If the standings hold, Notre Dame could potentially leapfrog Georgia, should the Bulldogs lose to the Crimson Tide in the SEC title game.

"I felt like if we continued to win football games we would create our own story at the end of the year," Notre Dame coach Brian Kelly told ESPN.

The fourth-ranked team is Clemson. At 7-1, the defending champions have flown a bit under the radar, but clearly the committee did not penalize the Tigers for a shocking road loss toSyracusein which Clemson lost starting quarterback Kelly Bryant to injury.

Oklahomaplants its flag behind Clemson at No. 5. It appears the CFP committee agreed with Sooners quarterback Baker Mayfield, who said Monday he believes his team, which beat Ohio Statein Columbus earlier this year, deserved to be ranked ahead of the Buckeyes because both have the same 7-1 record.

Those same Buckeyes have a good look at the Sooners' taillights as they land at No. 6, one spot ahead of the Penn Stateteam they beat in Saturday afternoon's thriller.

"For the teams five through seven, their head-to-head results were very important to the committee," CFP committee chairman Kirby Hocutt said.

The Buckeyes and Nittany Lions are the highest-ranked teams from the Big Ten, and undefeated Wisconsinis ranked ninth in the CFP. The Badgers lack a signature win and have no CFP-ranked teams remaining on their schedule, but an undefeated run to the Big Ten title game and a showdown against potential East Division winner Ohio State or Penn State could vault Wisconsin into the top four.

Stuck in between the rush of Big Ten schools is TCU. The Horned Frogs picked a rough week to suffer their first loss of the season, falling to a surging Iowa Stateteam. With surprise wins over Oklahoma and TCU, the Cyclones find themselves ranked 15th in the CFP.

The Miami Hurricanes(7-0) round out the CFP top 10. While many have claimed "The U is back," the Canes still have work to do, but a Nov. 11 home game against Notre Dame would go a long way toward silencing any doubters.

LSUsits at No. 19 and is followed by a two-loss NC Stateteam that rattled off six straight wins after losing its opener to South Carolina but got taken down by Notre Dame on Saturday.

Stanfordis at No. 21, followed by Arizona. The Wildcatsand quarterback sensation Khalil Tate are ranked No. 22, ahead of Memphis, Michigan Stateand Washington State. 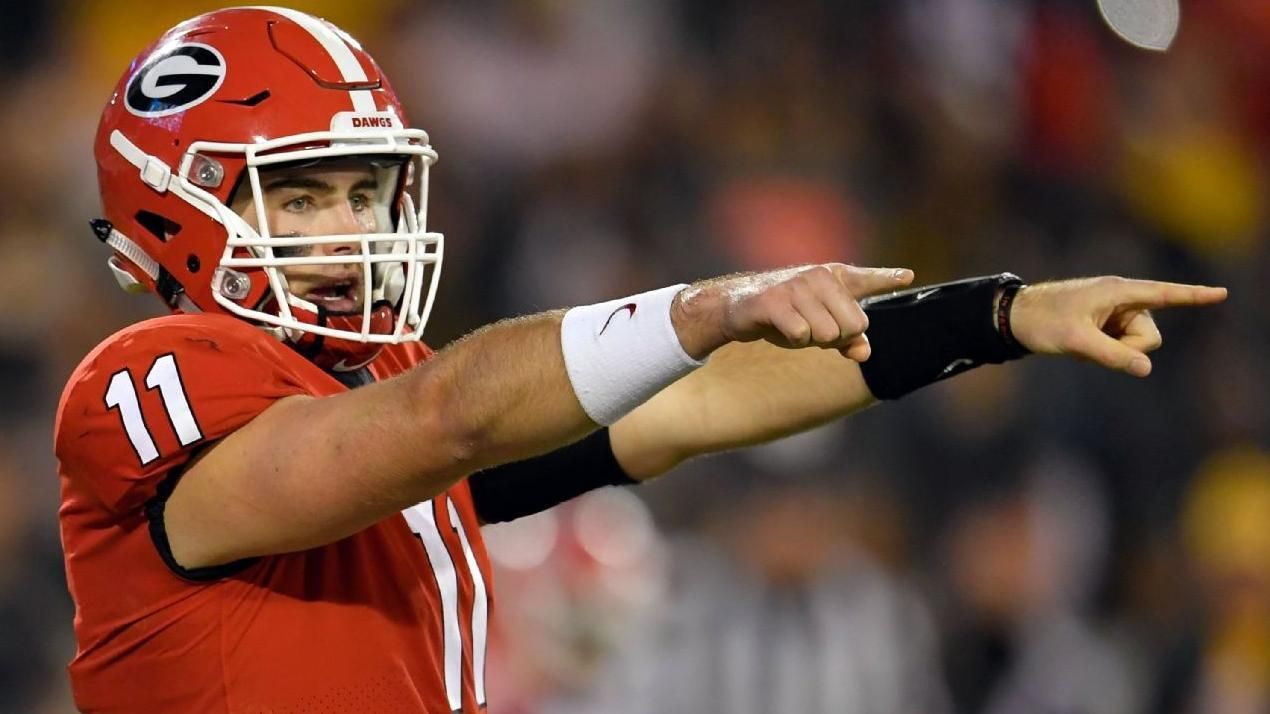 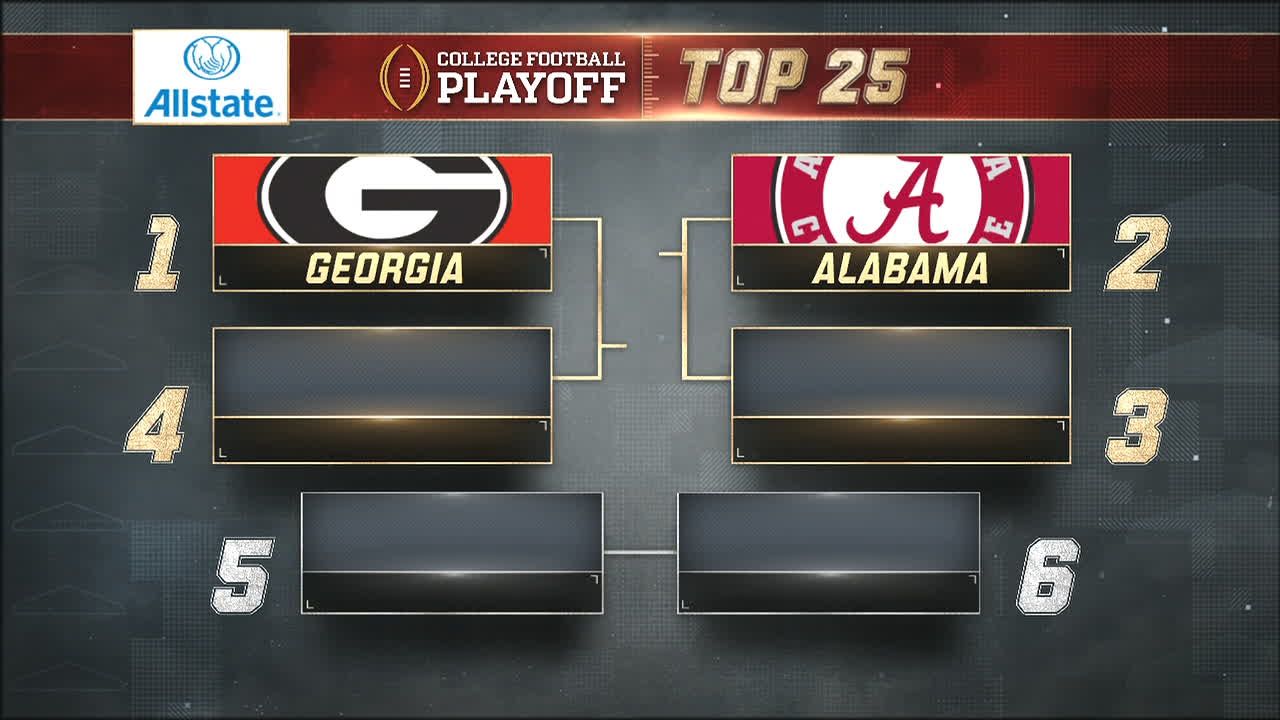