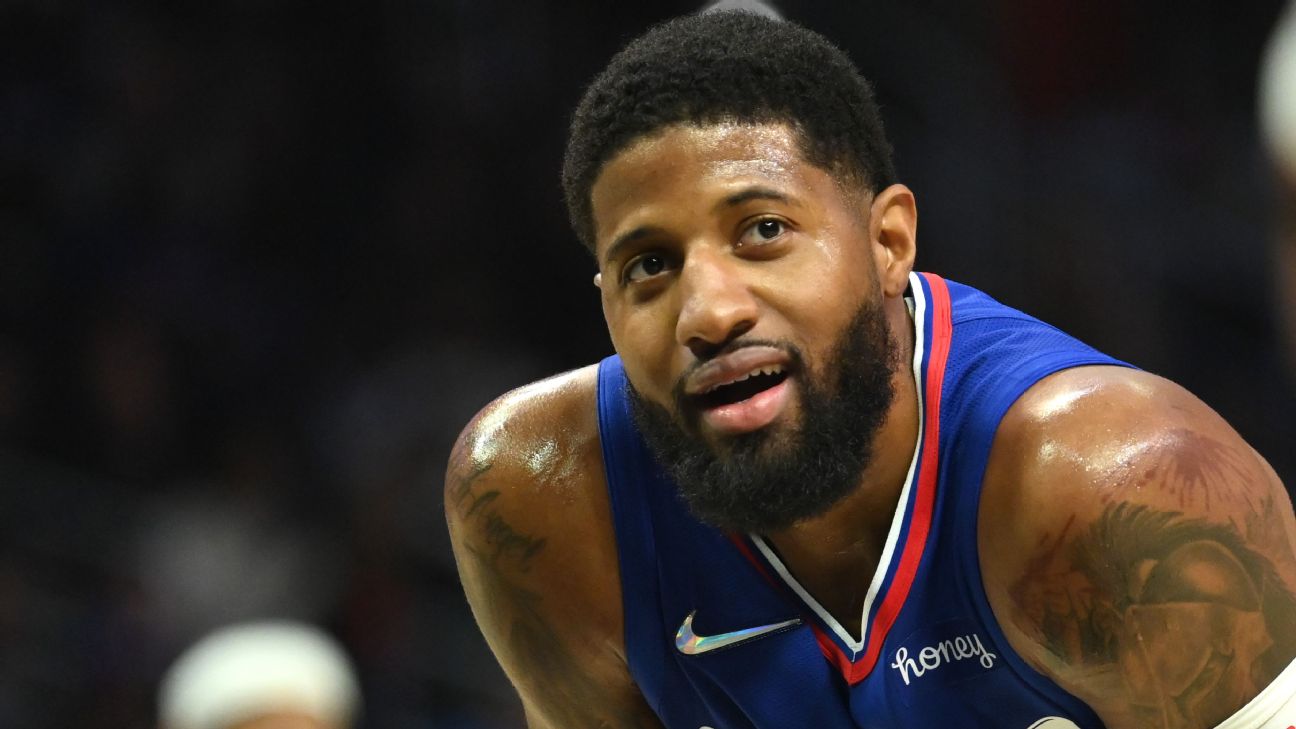 Giannis Antetokounmpo will rest a sore right knee andPaul George will sit out his first game since returning from injury as eight total starters have been ruled out of Friday's game between the LA Clippers andMilwaukee Bucks.

Both teams played overtime games Thursday night, with the Bucks winning 120-119 at Brooklyn and the Clippers losing 135-130 at Chicago.

The Bucks' injury report indicates that Antetokounmpo, Jrue Holiday (sprained left ankle), Khris Middleton (sore left wrist) and Brook Lopez won't play. The Bucks cited return-to-competition reconditioning as the reason for Lopez's unavailability, as the 7-footer returned March 14 after missing most of the season with a back injury.

This will be the third game in the past seven that Antetokounmpo has missed, though he played in all three games of the Bucks' recent road swing.


George has played in two games since returning to the court after suffering a torn ulnar collateral ligament in his shooting elbow in December. George logged 31 minutes and scored 34 points Tuesday in a win over the Utah Jazz. Against the Bulls, George played 32 minutes and scored 22 points but did not play in overtime after reaching his minutes limit, according to coach Ty Lue.

With five games remaining, the Clippers have clinched a play-in berth and are entrenched in eighth place in the Western Conference at 37-40. The Bucks are second in the East at 48-28, a half-game back of theMiami Heat.