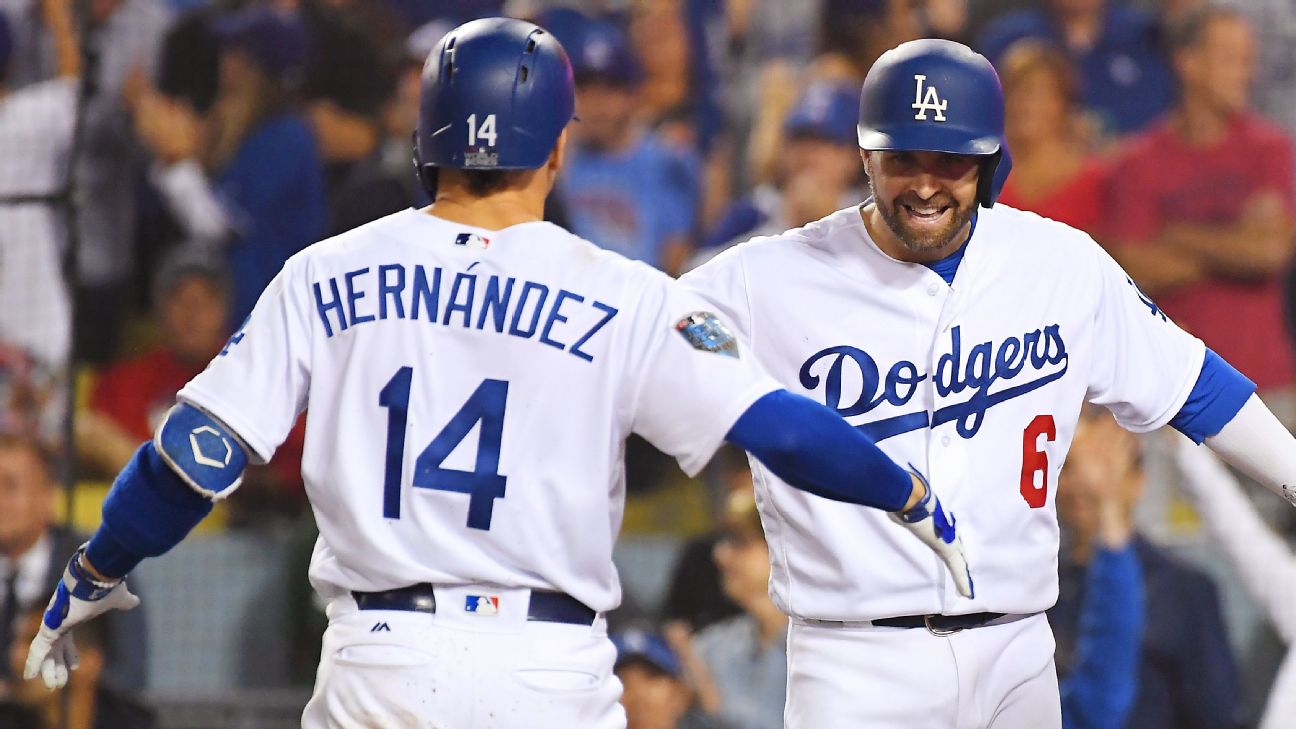 LOS ANGELES -- The Los Angeles Dodgers activated infielders Enrique Hernandez and Chris Taylor off the injured list on Tuesday, hours before the beginning of a six-game homestand against the Toronto Blue Jays and the New York Yankees.

Alex Verdugo, however, still has a ways to go.

The rookie outfielder is currently at the team's minor league facility in Arizona, but isn't yet taking part in baseball activities. Dodgers manager Dave Roberts said Verdugo is still experiencing discomfort with his right oblique muscle, which sidelined him on Aug. 6, and won't return until the start of September at the earliest.

Verdugo has been a major catalyst for the first-place Dodgers, batting .294/.342/.475 while recording six outfield assists, but the team will have plenty of coverage in the meantime.

Taylor, who spent the past five weeks recovering from a fractured left forearm, started in Verdugo's usual spot in left field for the series opener against the Blue Jays. Hernandez, who injured his left hand on July 24, started at second base. Hernandez and Taylor can each play multiple positions and will join several Dodgers in bouncing around for at least the remainder of the month as the team looks to both experiment with lineups and provide veteran players with occasional time off before the postseason.