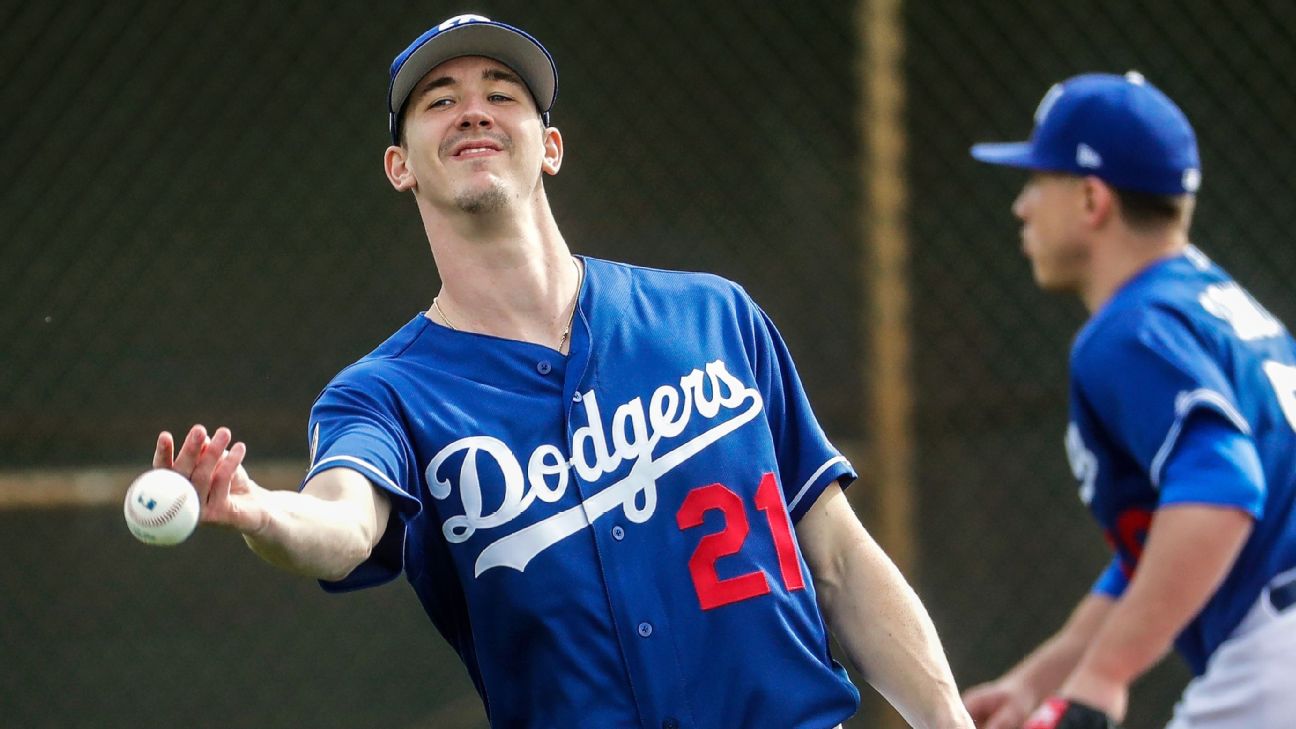 GLENDALE, Ariz. -- A.J. Pollock ventured into the free-agent market with no expectations.

What he experienced, as time went on, alarmed him nonetheless.

"It was kind of a weird process, something I've never gone through before," he said. "You have teams that are telling you they're interested. Next thing you know, you look up and it's January and you're like, 'Well, when is this thing going to start rolling?'"

Pollock now stands among the fortunate ones. The Los Angeles Dodgers expressed tepid interest early, then traded away a couple of outfielders and signed Pollock to a four-year, $55 million contract to make him their everyday center fielder on Jan. 26, 18 days before the official start of spring training.

Camps throughout Florida and Arizona are humming along now, with full-squad workouts less than a week away. And Bryce Harper and Manny Machado -- two legitimate superstars, both of them only 26 years old -- remain unsigned, personifying a distressing trend for players throughout the industry.

"I'm surprised they're still out there," Dodgers starting pitcher Rich Hill said, "but there's a lot of other free agents that are not signed as well."

It's a concern that could spark labor wars that might someday lead to another work stoppage, and it's a topic that fills the air in clubhouses like that of the Dodgers.

It affected Pollock, who felt generally disappointed with his first foray into free agency. It concerns Hill, a 14-year veteran who might never sign another contract. And it sits in the mind of someone like Walker Buehler, a budding superstar who, under normal circumstances, would be building toward a massive payday in six years.

"It's just tough, man," Buehler said. "Guys that have put up the numbers and produced the way that they have should get long-term deals. I think that's the way the game always has been. I'm not an analyst; I'm a player. I want players to succeed and get what they deserve."

The concern began last offseason, when six of the seven largest contracts were signed between Jan. 25 and March 21.

This offseason -- the one that was supposed to be different because Machado and Harper were headlining it -- has been even slower.

"It's weird," Pollock said. "It seems like there's not much urgency on the teams' end to get things done. There's some really, really amazing players who are still out there. Hopefully that gets squared away because those guys deserve to be in spring training with a team and competing like everyone else."

The Dodgers serve as unintentional pillars for the methodology that has sparked this issue -- a team with substantive wealth that shies away from massive contracts.

The Dodgers never chased Harper, who reportedly would love to play in L.A. They traded for Machado in mid-July, waved goodbye in late October, and now he has been a free agent longer than he was a Dodger. Their wait continues.

"When we were growing up, guys like that were signed pretty quick," Buehler said, speaking in general terms about Harper and Machado. "I haven't been in this game that long, but you have to have the best players on good teams."

Reasonable solutions are scant, as it's hard to punish executives for exercising prudence. Ideas have been floated about rewarding teams that spend a lot, or punishing those who lose too often, or perhaps even compensating young players based on performance rather than service time.

One thing is certain: By the time Buehler could potentially become a free agent in 2025, something will be different with regard to baseball's financial structure.

It's far enough away for him to maintain hope.