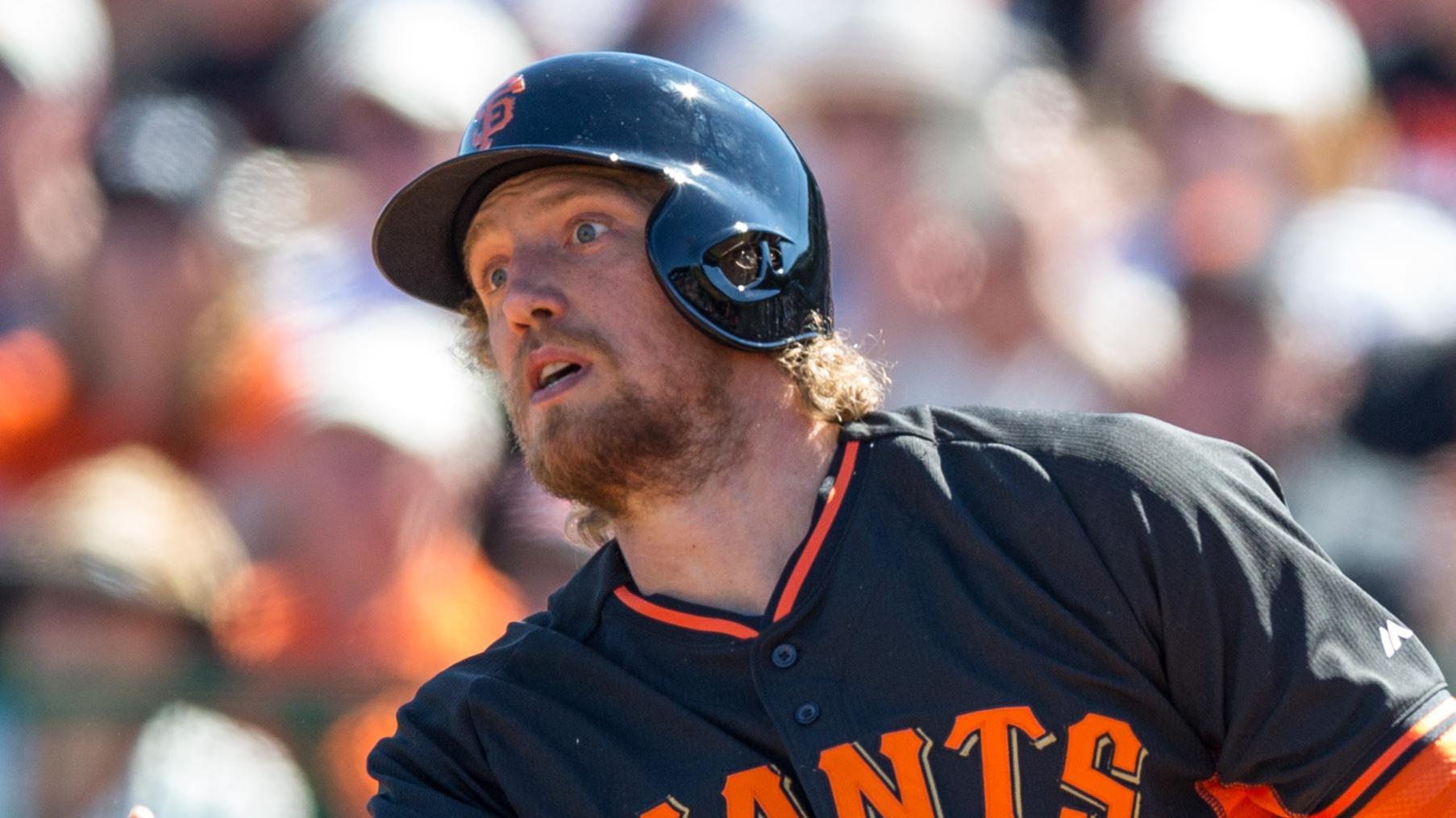 Pence was hit on the left arm by a pitch from hard-throwing Chicago Cubs prospect Corey Black in the sixth inning of Thursday's spring training game. X-rays taken before the end of the game confirmed that Pence suffered a nondisplaced fracture of his left ulna, one of two bones that make up the forearm.

Giants manager Bruce Bochy left the dugout during the game to visit Pence in the trainer's room and see how his right fielder felt.

"You know Hunter, he's always upbeat, optimistic," Bochy said before the official diagnosis was made. "He tried to get out of the way, and [the pitch] kind of ran and caught him there. If it is broken, the silver lining is, it's this early in the spring; we'll have a month to start the healing process."

Pence took to Twitter to thank fans for their support.

Pence spoke to reporters at camp on Friday and, as Bochy alluded, was upbeat.

"You control what you can control. These things happen. It's part of the game," he said. "You can never be upset when you're competing and something like that happens when there's no malicious intent. It really couldn't have happened at a much better time; I have a lot of time to get healthy and get back for regular-season games. So I'm grateful it was timed this early."

Few players are more important to the Giants' effort to defend their World Series title than Pence. The former Astros and Phillies star has hit .271/.328/.452 in 2 seasons for the Giants in the heart of their lineup.

He has played in 383 straight games -- the longest active streak in the majors.

"Of course it's disappointing," Giants president and CEO Larry Baer said Thursday night. "Hunter's a vital part of the team. But knowing him, he'll move mountains to get back quickly."

As far as the immediate impact on the lineup, Bochy said he'd continue to play his current collection of outfielders in Pence's absence.

"Same guys we're throwing out there, we're not going to change anything: [Norichika] Aoki and [Gregor] Blanco and [Juan] Perez and [Justin] Maxwell, those guys will be going out there," Bochy said. "[General manager Brian Sabean] will talk after I'm done here. You hate to see it, unfortunately, but these things do happen. This guy's worked so hard all winter, you hate to see it in his second game out there. We're still hoping for the best news, still hoping we're wrong on this call."

Aoki and Maxwell, both former Royals, joined the Giants this offseason, while Blanco and Perez are the Giants' regular outfield reserves. All four are already contending for playing time in left field or for roles coming off the bench in the Giants' mix-and-match scheme that keeps their bench players busy.

Pence's last major injury to either his hand or wrist area was a chip fracture in his right wrist in 2007, his rookie season with the Astros, which put him on the disabled list for almost a month and forced him to miss 27 games.

Black said he also hopes to reach out to Pence personally and not just through social media, adding, "My heart goes out (to) him. Hope he heals up real quick and comes back better than ever."

ESPN.com's Jesse Rogers and Stephania Bell contributed to this report. 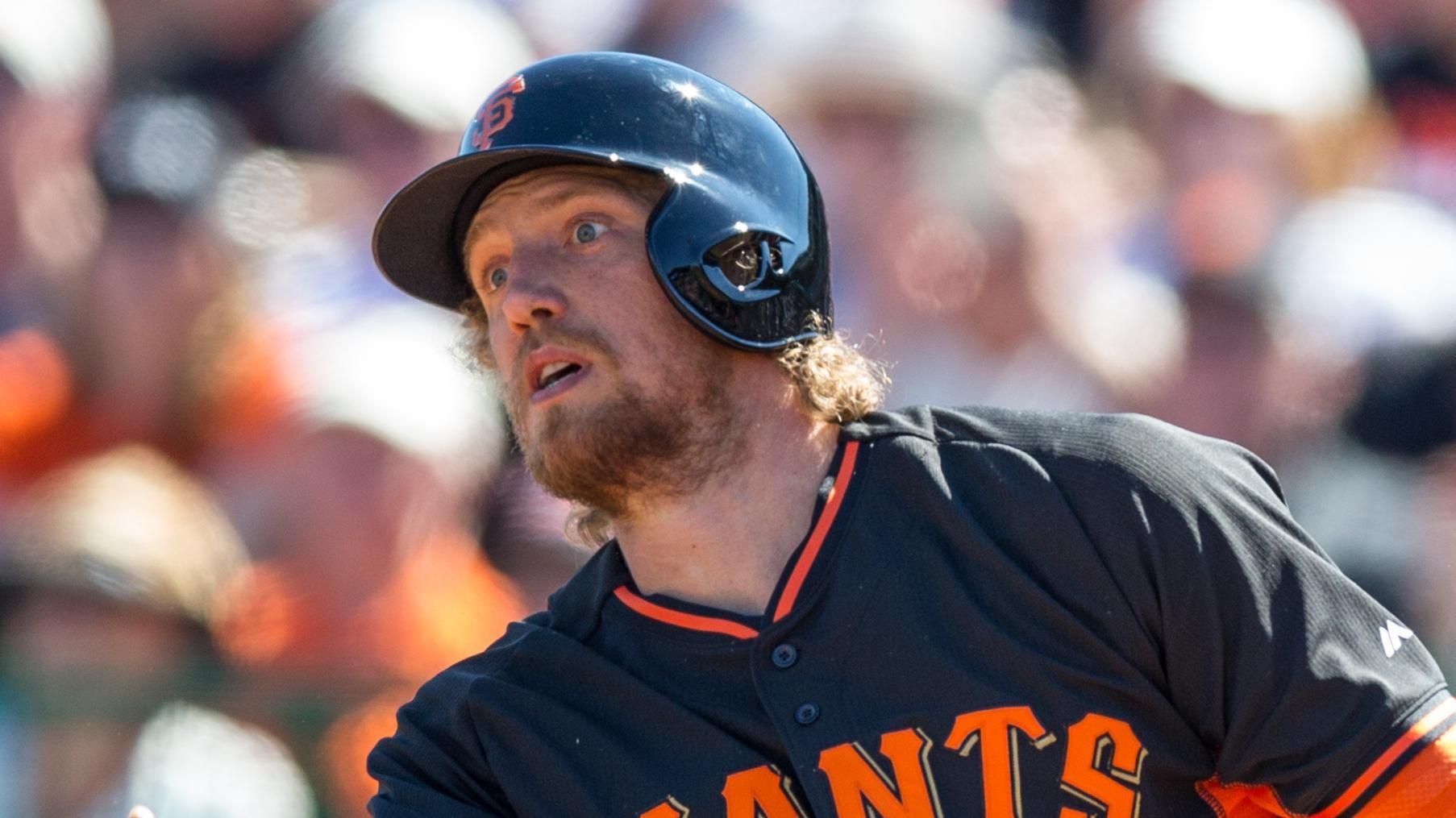