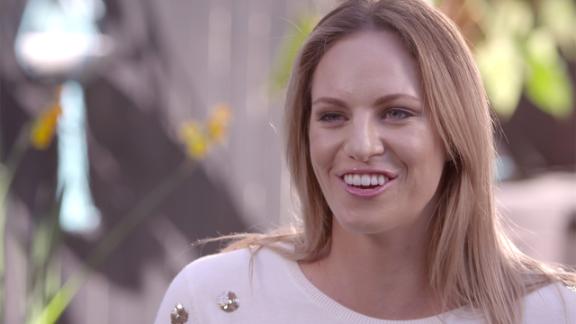 In her second exclusive column for ESPN, Australian Olympian Emily Seebohm opens up about those who have inspired her as she gets set to race for gold in Rio de Janeiro.

I'm incredibly lucky to have so much support in my life, and it's thanks to all those who are close to me that I'm in the position I'm in. Without them, there'd be no way I'd be in Rio chasing gold.

To be honest, if I didn't go down the swimming path, I'd love to have been a netballer -- I found it really fun in my younger days because it's so different. As a team sport, you get to hang out together and with swimming, it's just you.

But I do love swimming, and one of my big inspirations is Ian Thorpe. He's had such an amazing career -- he's won the most Olympic gold medals in Australia's history - but that's not the whole story.

I've heard him speak about the challenges he faced during his career and I think I know that feeling; starting so young with swimming and basically growing up in front of the camera. It's interesting hearing his take on his career and from my side, seeing the media take on his life, it's almost two completely different stories.

Of course, my family is my strongest support network. Mum taught me to swim when I was a little kid and she, as well as dad and two of my brothers, are in Rio, which is great. I love knowing they're here - it's nice having that support and you can almost feel that energy coming through.

Another major influence on my life is my partner in crime Mitch Larkin. It is so nice having him with me in Rio because he's a little bit of home while we're on the other side of the world. It's so great that we get to share our experiences and we can talk about them with someone who truly gets it.

As a couple, we have to make it up as we go along; during the year, we're often in different countries and it's really hard being away from him as there's not a lot of one-on-one time, so that makes it a challenge. But it's really special when we do get to spend time together.

Mitch has actually been really helpful because we draw from each other a lot and it's great for our swimming, but we can also get away from the pressure of the sport when we can and we can talk about everything outside of swimming.

So, what happens if one of us is successful and the other isn't at Rio? Of course we're both extremely competitive but we both respect each other so much that it wouldn't matter if one of us did better because of the bond we have. We've spoken about it and we know it's a possibility -- we've just got to deal with it if and when we come to it.

In saying that, it'd be a dream if we both achieved the goals we set out to. We've both put in enough hard work, so hopefully our dreams do become a reality.