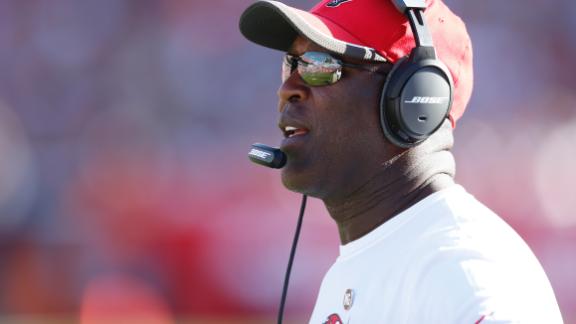 Attorneys for Jameis Winstonhave filed a countersuit against the woman who accused him of sexual assault,saying the Heisman Trophy-winning quarterback did not rape the woman and that she is motivated by greed.

"Mr. Winston brings this action against Ms. Kinsman out of necessity, not malice or ill will," the court filing said, according to the Tampa Bay Times, which earlier reported the story. "Nonetheless, Ms. Kinsman's false statements have irreparably harmed his professional and personal life."

Kinsman's suit, which was filed two weeks before the April 30 NFL draft, said she was intoxicated at a Tallahassee bar in December 2012 when Winston and others took her back to Winston's apartment and he sexually assaulted her. Her lawsuit accuses Winston of rape, assault, false imprisonment and emotional distress.

In the countersuit, Winston alleged that Kinsman's accusations are "false, defamatory ... and have maliciously and impermissibly interfered with Mr. Winston's business and personal relationships." The suit claims Kinsman's accusations subjected Winston to an "almost inconceivable amount of media attention" and led to the loss of significant endorsement deals.

Winston is seeking actual damages of $75,000 and punitive damages to be determined at a later time. The court filing obtained by The Associated Press and first reported by the Times said Winston has requested a jury hearing in the lawsuit.

The lawyers said in the counterclaim that Kinsman has told "many different and inconsistent accounts of her sexual encounter" with Winston.

"She has mounted a false and vicious media campaign to vilify Mr. Winston with the objective of getting him to pay her to go away. Ms. Kinsman is motivated by the most insidious objectives -- greed," the counterclaim said.

John Clune, a lawyer for Kinsman, told ABC News that he thinks the countersuit is "an interesting choice by Mr. Winston."

"The counterclaims will place all of his prior misconduct and history front and center in the case by alleging injury to his 'good reputation,' and the burden of proof is now on him," Clune told ABC News. "Refusing to answer questions won't suffice. I'm not sure how well this will end up for him, but he is certainly entitled to choose his own strategy."

The court filing said that after "the media circus she created," Kinsman's lawyer had "initiated 'settlement' discussions" and that "in a later call Ms. Kinsman's counsel demanded $7,000,000 from Mr. Winston."

Friday's filing by Winston's attorneys said that the quarterback's contact with Kinsman was a "consensual sexual encounter" supported by medical evidence and two teammate witnesses.

Clune previously had said in a statement shortly after Kinsman's suit was filed there are consequences for Winston's behavior "and since others have refused to hold him accountable, our client will."

"Erica hopes to show other survivors the strength and empowerment that can come from refusing to stay silent no matter what forces are against you," Clune said in that statement last month. "Jameis Winston in contrast has proven time and time again to be an entitled athlete who believes he can take what he wants."

Winston opened rookie minicamp with the Buccaneers on Friday. He signed a four-year deal worth $25.35 million, which included a $16.69 million signing bonus, last week.

Buccaneers coach Lovie Smith said the lawsuits would not be a distraction to Winston.

"We do not think it will be a problem for Jameis to remain focused on playing football here. Not at all," Smith said. "We all have things that we're dealing with off the football field. But guys know when it's time for football here, and it's about the Tampa Bay Buccaneers and doing our work here."

Lovie: Not worried about Jameis' focus
Lovie Smith talks about Jameis Winston's countersuit against the woman who accused him of sexual assault and believes it will not be a distraction for Winston or the team.