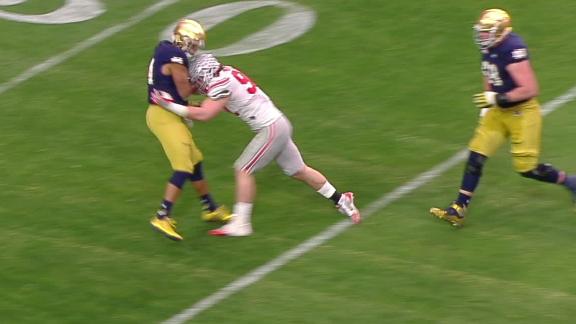 GLENDALE, Ariz. -- From the premature announcement of his plans to a first-quarter ejection for targeting, Ohio State defensive end Joey Bosa's final game with the program certainly didn't go as planned.

But once it was over and the No. 7 Buckeyes had clinched a 44-28 victory without him in the BattleFrog Fiesta Bowl, Bosa was finally able to crack some jokes and personally confirm that he will be skipping his final season of eligibility and entering the NFL draft.

On Thursday, Ohio State coach Urban Meyer inadvertently revealed that Bosa would be forgoing his last year with the program. And after he led with his helmet on a hit to Notre Dame quarterback DeShone Kizer on Friday, Bosa's career ended even more prematurely after he played just three defensive drives for the Buckeyes.

"I was really trying my absolute best to keep it unannounced that I was leaving," Bosa said. "I had no intention whatsoever of it coming out before the game. I had no idea that he said that and didn't even tell. Apparently, I declared for the draft in my sleep.

"I really just didn't want to take any attention off the team and what we were focusing on doing, which was winning this game. Now obviously it's out there. He didn't do it on purpose to upset me or anything. He probably thought it was out there already."

Bosa finally confirmed what was one of the worst-kept secrets around in an emotional postgame news conference. Now he can turn his attention to preparing for the draft, in which he is projected as potentially the No. 1 overall pick.

His final game with Ohio State was spent largely watching his teammates knock off the Fighting Irish on a television by his locker, but Bosa didn't take any public exception to the call that ended his decorated three-year run with the Buckeyes.

"I really have no place to judge what the ref says," Bosa said. "Dealt with the penalty, and I'm happy we came out with the win." 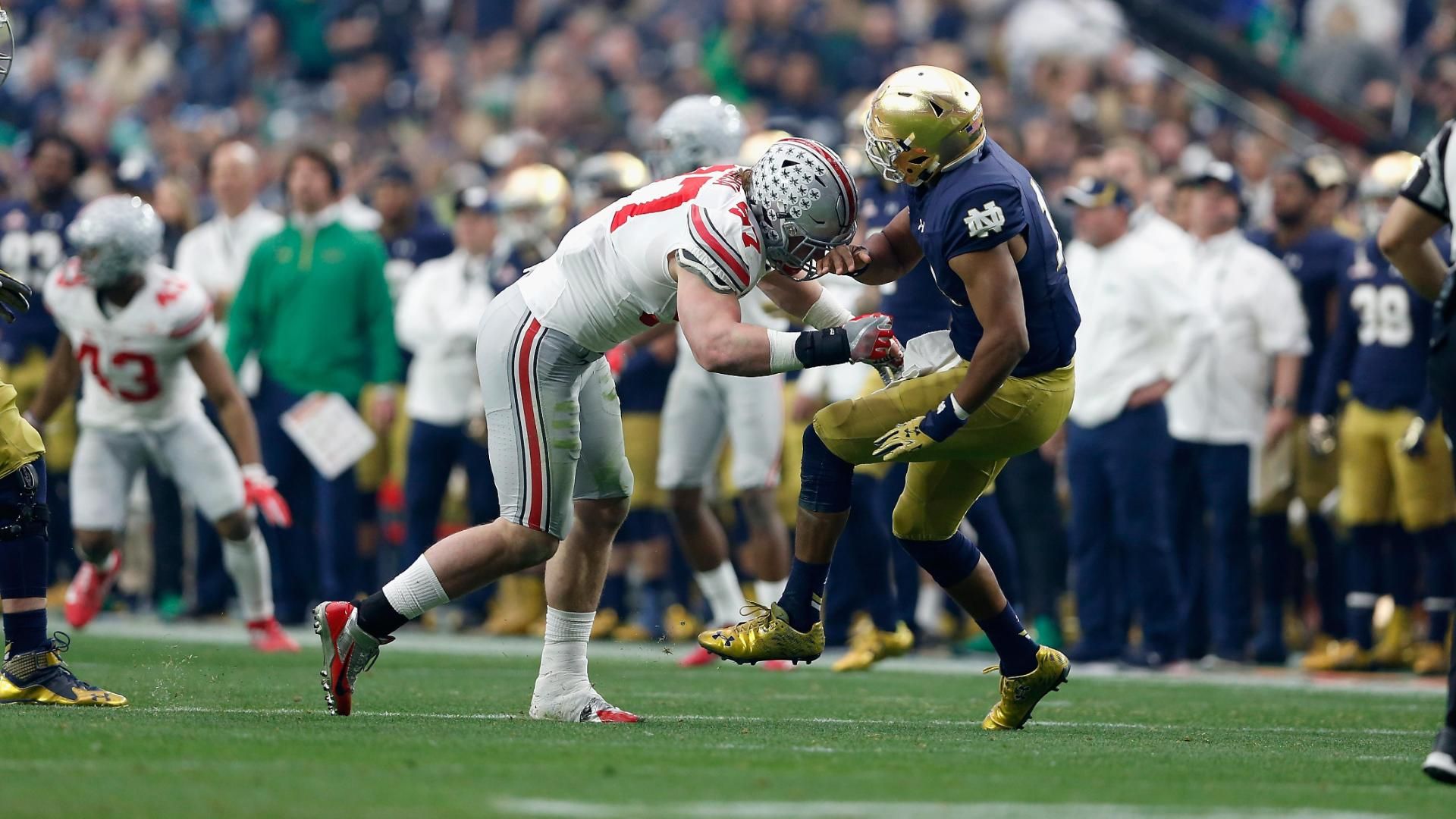