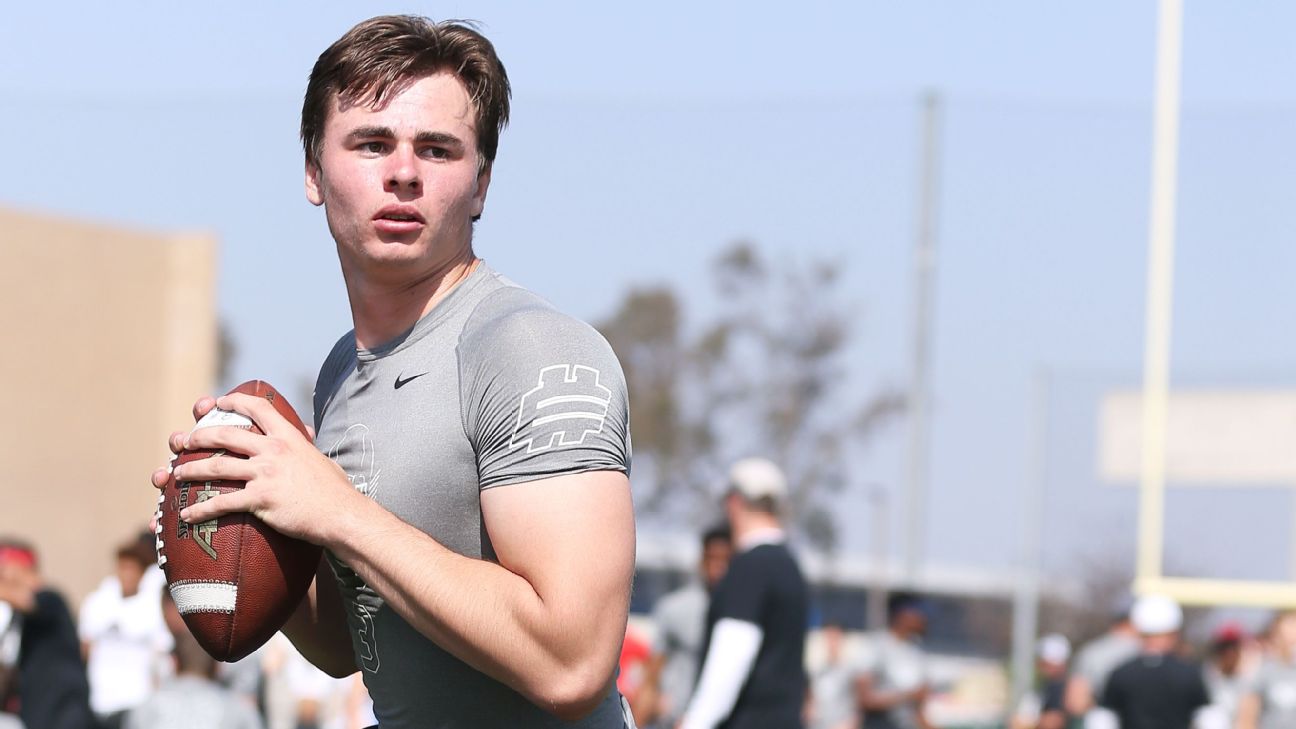 LOS ANGELES -- It was only Day 1, but true freshman quarterback J.T. Daniels made a positive impression on coach Clay Helton as USC opened training camp Friday, kicking off a three-way competition between him, redshirt sophomore Matt Fink and redshirt freshman Jack Sears for the starting job.

Helton met with the quarterbacks collectively and said he communicated his expectations for how he'll determine the starter.

"Always in my mind for the quarterback, it's about decision-making, timing and accuracy and, most important, moving the ball and being productive about putting it in the red zone," Helton said.

With that in mind, Helton's assessment of Daniels, who graduated from nearby powerhouse Mater Dei High School with a year of eligibility remaining, indicated he's very much an option to start the opener against UNLV.

"Extremely accurate," Helton said of Daniels. "Very, very knowledgeable. For an 18-year-old kid to come out here do what he did today was very impressive. It's like he's already been in a camp before, to be honest with you. I was highly impressed."

Daniels wasn't with the team during spring practice as he finished his high school coursework, but did work out with the team during its player-run practices over the summer. Friday was the first opportunity he had to showcase his ability, side by side with USC's other quarterbacks, in front of the coaching staff.

Offensive coordinator Tee Martin tried not to read into too much how the quarterbacks played considering it was the first day and the team wasn't in pads but acknowledged there isn't a grace period: The evaluation process has begun.

"Every [practice] counts, but some count more than others," Helton added. "I think when you get into team segments and you get in live scrimmages and Porter Gustin is breathing down your neck and you step up and throw and make it accurately and on time, that puts a lot of weight on me.

"Throwing nice routes on air is nice, you take that into account, but it's about moving the team productively into the end zone."

Helton said he expects to publically name a starter before the opener, but has not set a firm deadline for when that announcement will come.