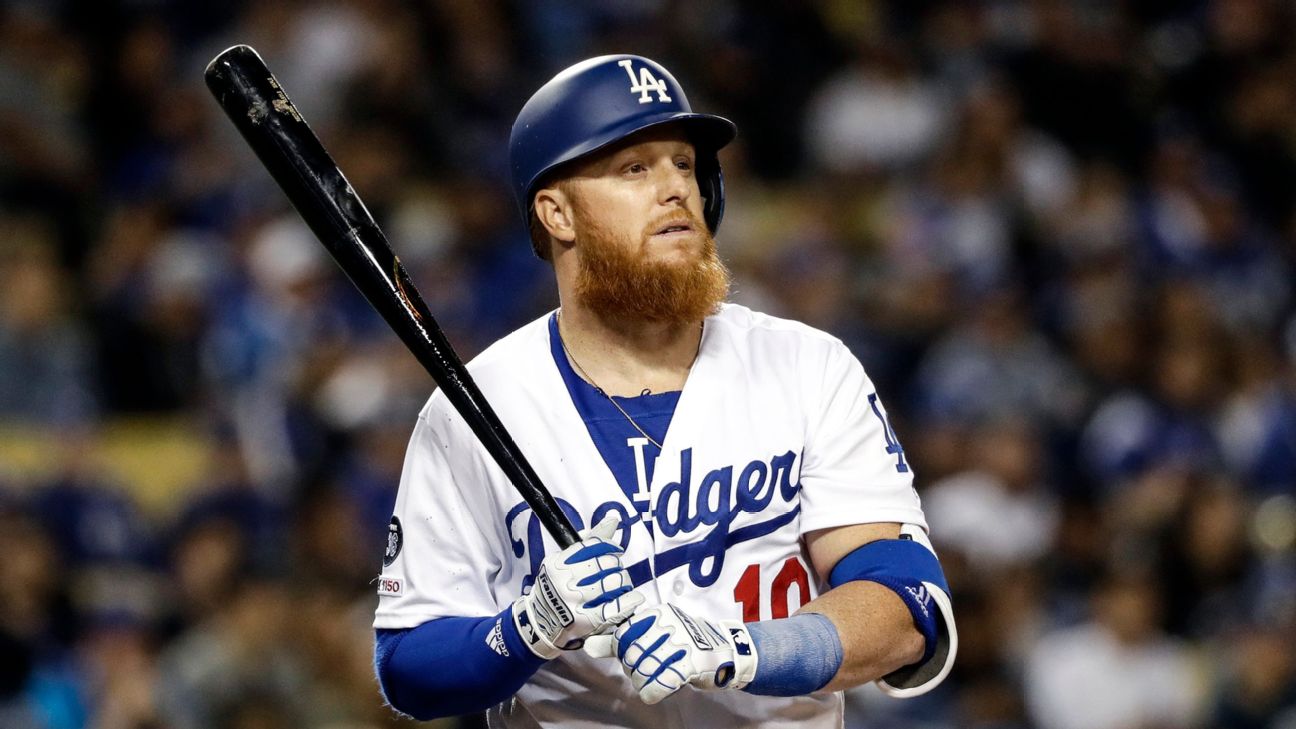 LOS ANGELES -- Justin Turner's first baseball memory occurred 39 days before his fourth birthday, at his grandmother's house in Lakewood, California, where he watched Kirk Gibson hit the legendary home run that propelled the Los Angeles Dodgers to a World Series title in 1988. His recollections of that moment are hazy, progressively more so over time. But he is reminded of it constantly, as a longtime member of a Dodgers franchise that seems to play Gibson's highlight on a constant loop, biding the time until another championship moment can replace it.

As summer turned to fall, Turner was asked if he had finally grown tired of that '88 team.

He managed a smile.

"Not really," Turner said. "I'd like to think that when we win our World Series, it'll be talked about just as much."

The Dodgers are primed for yet another run at an ever-elusive championship, a pursuit that resumes with Thursday's National League Division Series opener against the Washington Nationals. (First pitch is 8:37 p.m. ET on TBS.) Meaningful Octobers have become a celebrated tradition around these parts, even though the triumphant Novembers have been nonexistent. The Dodgers have been crowned division champions seven consecutive times and have built uncommon sustainability through shrewd drafts and enviable player development. Their reign probably won't end any time soon.

This fall, however, offers a unique, fleeting opportunity.

The Dodgers are riding what seems like an ideal blend of young players coming into their own and veteran stars preserving some of their peak, an intersection that might not last much longer.

Turner, the 34-year-old third baseman,Kenley Jansen, the 10th-year closer, and Clayton Kershaw, the longtime ace, have faded toward the background while others have stepped into prominence. Cody Bellinger and Walker Buehler are the emerging stars, andWill Smith, Gavin Lux and Dustin May highlight a dizzying array of rookie contributors. But it's Turner who still embodies the Dodgers' hitting philosophy, Kershaw who still sets the tone for the rotation and Jansen who still carries the weight of the bullpen.

"They're the lifeline to our ballclub," Dodgers manager Dave Roberts said, "because they make everyone around them better."

Turner, Jansen and Kershaw have played in 10 postseason series together, none of which resulted in a title. They endured the disappointment of back-to-back first-round exits, felt the thrill of back-to-back pennants and dealt with the heartache of losing in the final round in consecutive years. Turner tried his best to distance himself from the memory of the last two World Series. Kershaw found comfort in his demanding routine. Jansen preserved the emotions in hopes that they would drive him, then thought otherwise.

"You gotta let it go," Jansen said. "Sometimes I feel like I hold on to it, try to let that motivate me, but it's not doing me any better. It's hurting me."

Turner has acknowledged that winning a World Series -- winning five of them -- wouldn't erase the disappointment from the ones he has lost. Kershaw has talked about being so day-to-day focused that he doesn't get consumed by the overarching pursuit of a title, adding that he would be at peace if his career ended suddenly, with or without one. Jansen, however, feels differently.

"I think it would only feel complete, for me, if we won the World Series," Jansen said. "And we've had our chances."

Kershaw, Turner and Jansen -- the Dodgers' three highest-paid players, this year and next year -- will once again have a major say in their team's chances, regardless of the help that surrounds them. The Dodgers possess a deep lineup, a star-studded rotation and a better-than-advertised bullpen. But if Jansen doesn't solidify the ninth inning or Turner doesn't return to health or Kershaw doesn't shake the October demons, hope might be lost. The trio's window would only shrink.

"I want to see us win one together," Jansen said, "and maybe win multiple together."

Kershaw is only 31 but has become a veteran presence on a team with as many as 10 prominent players under the age of 26. He is among the many who have been struck by the youth of today's sport.

Kershaw has taken note of how accepting veterans are of rookies these days, a stark contrast to the perpetual hazing that was so commonplace when he debuted. His approach has been to lead by example in hopes that it would spark questions from the younger players. But over time, Kershaw has found himself going out of his way more often.

"Not to say I didn't do that before," Kershaw said, "but I think it's a little more intentional now."

Turner also has found himself making more of an attempt to be a sounding board for young players.

"Let them be themselves," he said, "but continue to nudge them in the right direction."

Jansen, 32, came to the Dodgers as a 17-year-old catcher in 2005. His time with the organization has seen him transition into an All-Star reliever, get married and become a father of three. But this, he said, is the year he grew the most.

"Just learning how to get back up after failing, failing and failing," Jansen said. "I feel like I've matured a lot."

Jansen has had to live with the reality that his cutter is no longer unhittable. He learned about sequencing, struggled with his mechanics and finished the 2019 season with career highs in ERA (3.71) and blown saves (eight). But Roberts will continue to entrust Jansen as his closer, dismissing the possibility of matching up in the ninth inning.

Kershaw started the postseason opener every year from 2013 to 2017, but he gave way to Hyun-Jin Ryu in 2018 and will take a back seat to Buehler in 2019. Kershaw struggles to break 90 mph with his fastball now, but his evolution has been a source of inspiration for Jansen. Kershaw's numbers this season -- 16 wins, a 3.03 ERA, nearly 10 strikeouts per nine innings -- were a revelation.

Turner batted .296/.375/.522 with 26 home runs over this season's first five months. But he played in only four of the team's final 14 regular-season games while battling injuries to his ankle and back, and he wasn't fully cleared for postseason action until taking part in Tuesday's scrimmage.

Turner has reached the playoffs every year he has been with the Dodgers, but he still savors each trip. He broke into the majors with Baltimore Orioles teams that annually finished last in their division. It taught him to appreciate October.

"I understand that this isn't a given, that you can't just show up and play in the playoffs," Turner said. "It's a lot of work. It's something that I'm thankful for."

Winding down his 12th season with the Dodgers, Kershaw feels similarly. He was born and raised in Dallas, but he has adopted L.A. as his second home and has grown to realize what another championship would mean to this city. Since Kershaw's rookie season in 2008, the Dodgers have possessed a future star in Matt Kemp, a midseason jolt in Manny Ramirez, a co-ace in Zack Greinke, a lightning rod in Yasiel Puig and a steady run-producer in Adrian Gonzalez.

They're all gone now, but the Dodgers once again have a legitimate chance to snap a championship drought that sits at 31 years with a group that, given the 106 regular-season victories, could go down as the greatest in franchise history.

Kershaw will stop short of saying this has to be the year.

"That's for the front office to figure out. I'll just say this: We expect to win this year, and we hope to. This is as good a year as any." 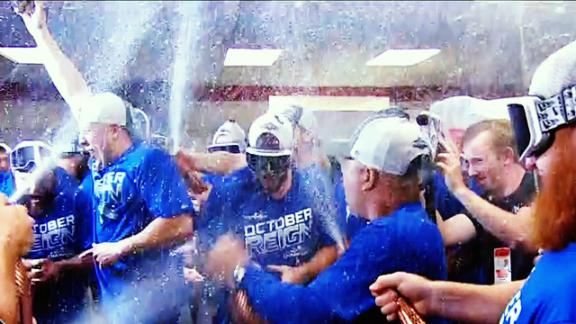