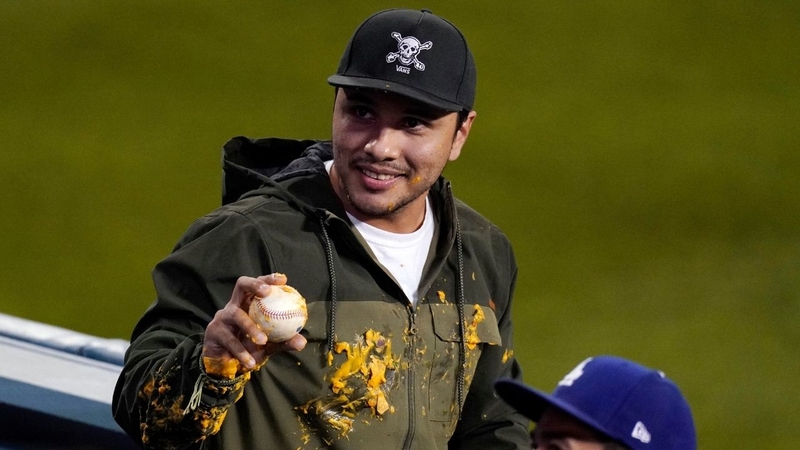 LOS ANGELES (KABC) -- One fan at a Dodgers game was left with some cheese-stained gear and a great story after one of the messiest home runs of the season.

Justin Turner utterly destroyed a plate of nachos and splattered the fan's jacket with cheese when the veteran slugger's home run ball landed in the first row at Dodger Stadium Wednesday night.

When Turner got back to the dugout and saw the replay, he hailed a clubhouse attendant and bought a fresh order of nachos for the fan. The Dodgers also helped out by sending a World Series hoodie.

"I felt bad," Turner said with a grin. "I'm sure it was not a cheap plate of nachos."

Turner's homer was challenged by the Rockies, who thought the fan might have reached onto the field to make the catch, but video review confirmed the nachos were sacrificed for a noble cause.