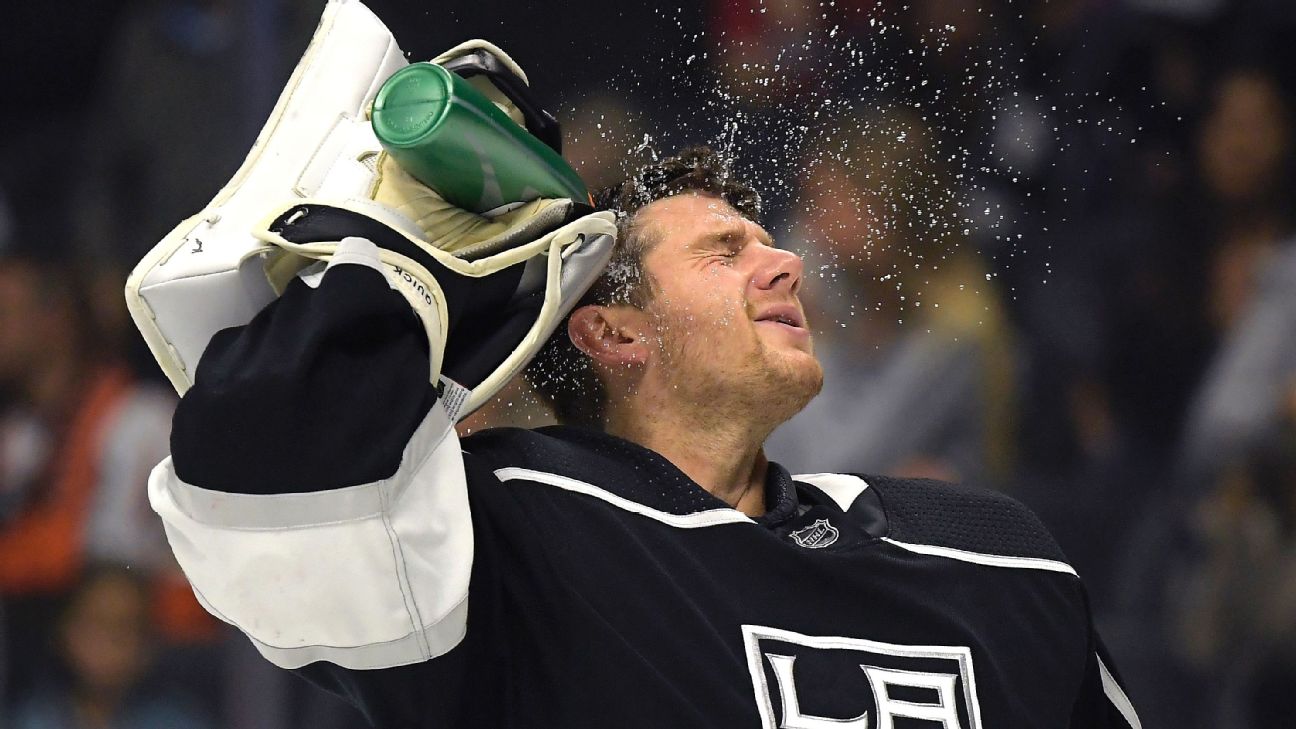 LOS ANGELES -- The Los Angeles Kingsactivated goalie Jonathan Quick from injured reserve and he got the start Thursday night against the New York Islanders.

It was a rough return for Quick as he gave up six goals in 29 shots before being pulled for Jack Campbell with 10:40 left in a 7-2 loss at Staples Center.

Before the game, the Kings sent goalie Peter Budaj back to their AHL affiliate in Ontario and announced that center Anze Kopitar wouldn't face the Islanders because of an unspecified illness.

Quick played in the Kings' season opener, but he missed the next five games because of a lower-body injury suffered in practice. Campbell played all five games in Los Angeles' net during Quick's absence.

Quick is beginning his 11th season as the Kings' starting goalie. The 2012 Conn Smythe Trophy winner and two-time Stanley Cup champion won his second William H. Jennings Trophy last season as the goalie for the team with the NHL's fewest goals allowed.

Quick's 293 career victories are easily the most in Kings history.

Kopitar had two goals in the Kings' first six games and entered the night tied for the team lead with Ilya Kovalchuk and Alex Iafallo.

Forward Tanner Pearson was active with Kopitar out.