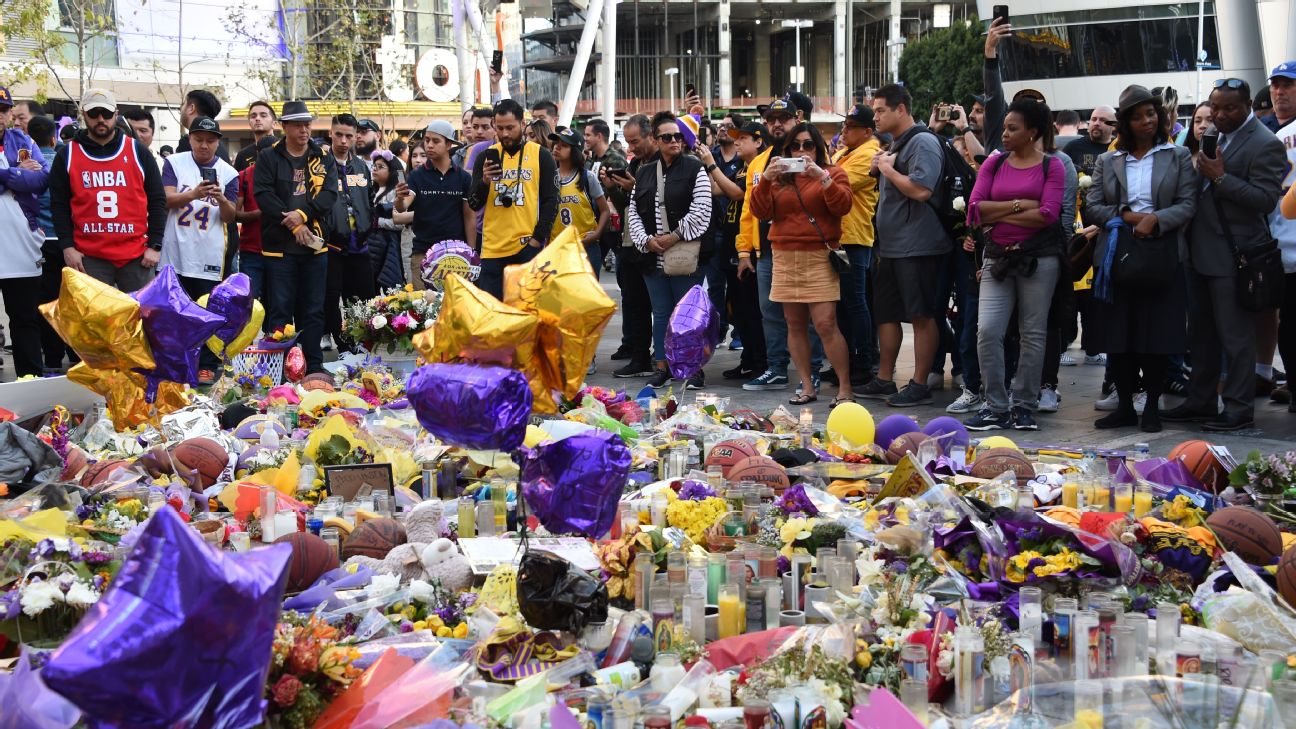 A memorial service celebrating the lives of Lakers legend Kobe Bryant and his daughter Gianna will be held the morning of Feb. 24 at Staples Center in Los Angeles.

There is significance in the date, which reflects the basketball jersey numbers worn by Kobe (No. 24) and Gianna (No. 2). Gianna Bryant's jersey was retired by Harbor Day School in Corona Del Mar, California, on Thursday.

Kobe Bryant, 13-year-old Gianna and seven others died in a helicopter crash in Calabasas, California, on Jan. 26. They were headed to Mamba Sports Academy in Thousand Oaksfor Gianna's team's game.

No cause for the crash has been determined, though a preliminary report by the National Transportation Safety Board is expected soon.

Fans swarmed Staples Center within hours of the crash, creating a massive memorial of flowers, balloons, jerseys, stuffed toys and basketballs. The items were removed Monday and fans were urged to donate to a Bryant foundation rather than bring more gifts and flowers.

Vanessa Bryant had requested some items, which were to be cataloged and shipped to the family. Flowers will be composted and spread around plants near Staples Center.

The date for the memorial was finalized with planning and coordination from the City of Los Angeles, the Los Angeles Police Department and the LA Clippers, who have a 7:30 p.m. game at Staples that day against the Memphis Grizzlies.

Staples Center, which opened in 1999, has hosted other memorials, including for Michael Jackson and, last year, for rapper Nipsey Hussle. Bryant, who joined the NBA in 1996, played for the Lakers at the Forum for three seasons. 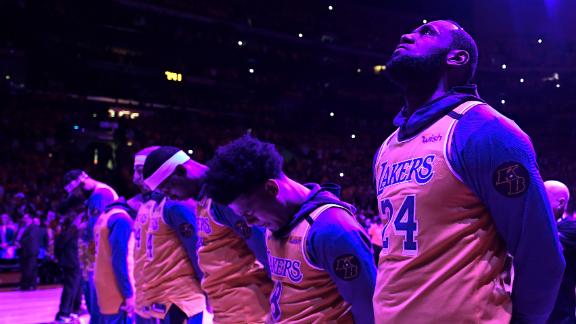