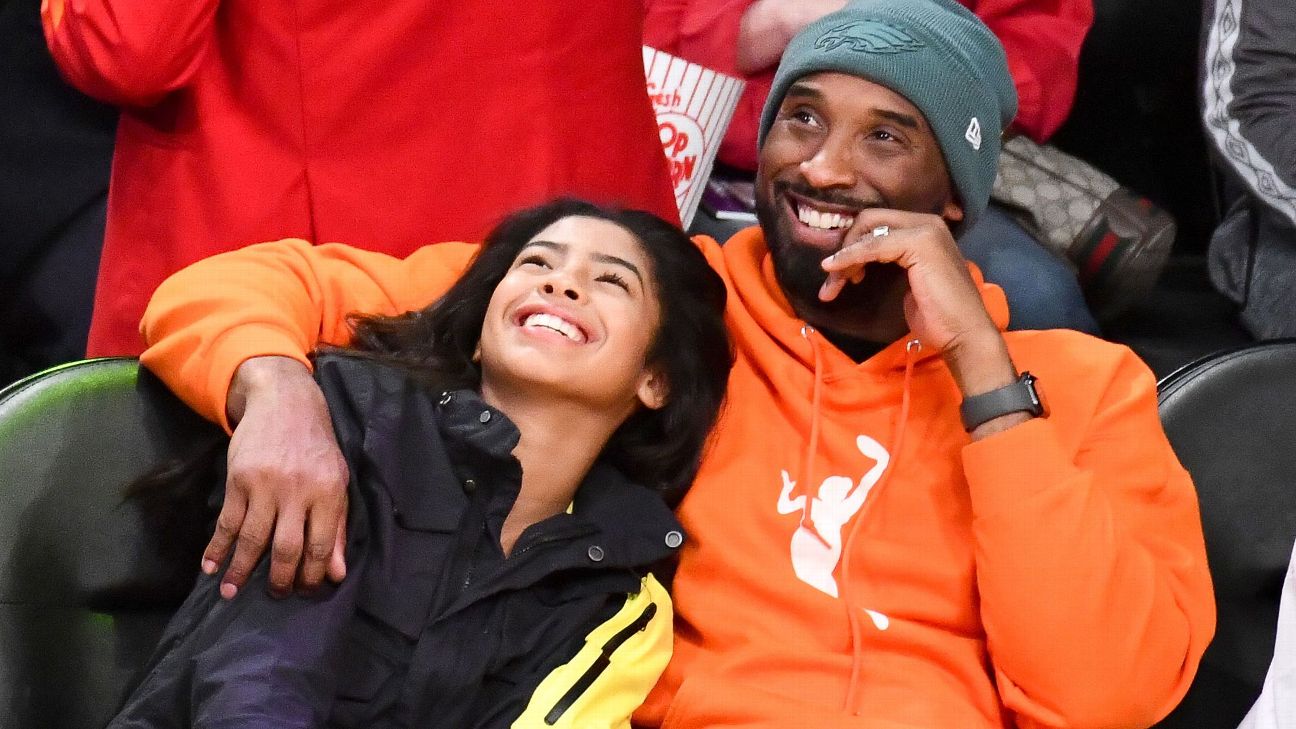 Kobe Bryant and his daughter Gianna were buried Feb. 7 in a private ceremony in Corona del Mar, California, according to death certificates released Tuesday by Los Angeles County officials.

The burial occurred at Pacific View Memorial Park, which is near the family's home in Orange County.

Burial originally was planned for Westwood Village Memorial Park but was changed.

Bryant and his daughter, 13, were killed along with seven other people in a helicopter crash Jan. 26 near Calabasas, California. Among the victims were players and their parents and a coach from Bryant's Mamba Sports Academy basketball team and the pilot.

A public memorial service for Kobe and Gianna Bryant is planned for Feb. 24 at Staples Center in Los Angeles. The date 2/24 corresponds with the No. 24 jersey he wore with the Los Angeles Lakers and the No. 2 worn by Gianna, whose team was coached by her father.