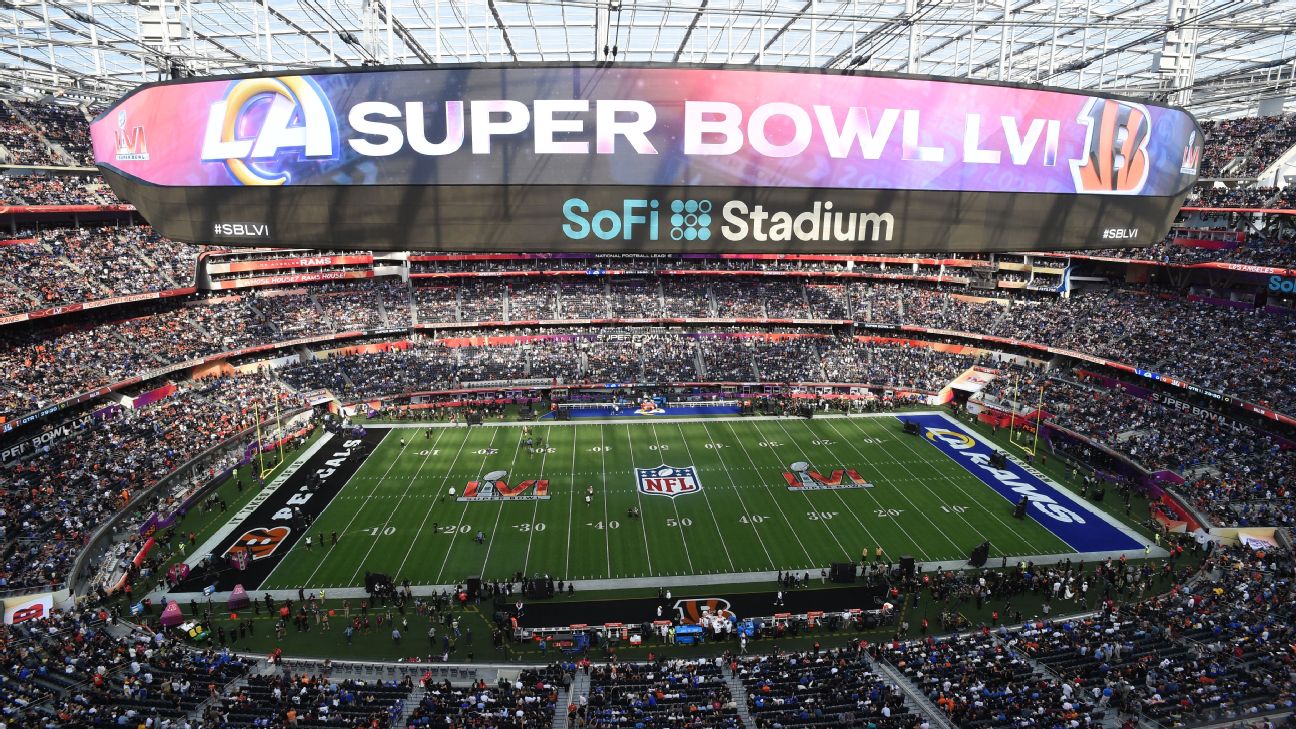 An MLS vs. Liga MX double-header is set for Southern California this summer, with theLA Galaxytaking on Chivasand LAFCfacing off against Club America in the first ever soccer event at SoFi Stadium.

The Aug. 3 matchups in Inglewood, California, will serve as a preview for 2023's expanded Leagues Cup summer tournament that will include all MLS and Liga MX clubs.


A source told ESPN that there will not be a Leagues Cup tournament in 2022 but that, in addition to the double-header at SoFi Stadium, there will likely be a collection of one-off matches that will be announced a later date.

Eight teams took part in the 2021 Leagues Cup, with Leon beating the Seattle Sounders in the final.

Chivas and Club America are Mexico's two most historically successful clubs, while the LA Galaxy has won a record five MLS Cups. LAFC, which won the Supporters' Shield in its second ever season in 2019, currently sits top of the Western Conference.

The meeting between the Galaxy and Chivas will also offer a return to where it all started for striker Javier "Chicharito" Hernandez.


Before moving to Europe in 2010 and turning out for giants like Manchester United and Real Madrid, Hernandez began his professional career with the Guadalajara club.

The last meeting between the Galaxy and Chivas came during 2007's SuperLiga tournament, which featured a 2-1 win for Chivas. Previously, LA Galaxy defeated the Liga MX giants in a 1999 friendly and through a penalty shootout in 1997's CONCACAF Cup of Champions.

LAFC and Club America will face each other for just the second time. In their first meeting during the 2020 CONCACAF Champions League, LAFC defeated Club America 3-1 in the semifinal stage.

Mexican star forward Carlos Vela scored twice in that game, though it remains to be seen whether he will be involved in August's matchup with his LAFC contract set to expire at the end of June.

The home of the NFL's Los Angeles Rams and Los Angeles Chargers, SoFi Stadium hosted Super Bowl LVI in February when the Rams defeated the Cincinnati Bengals in front of a capacity crowd of over 70,000.