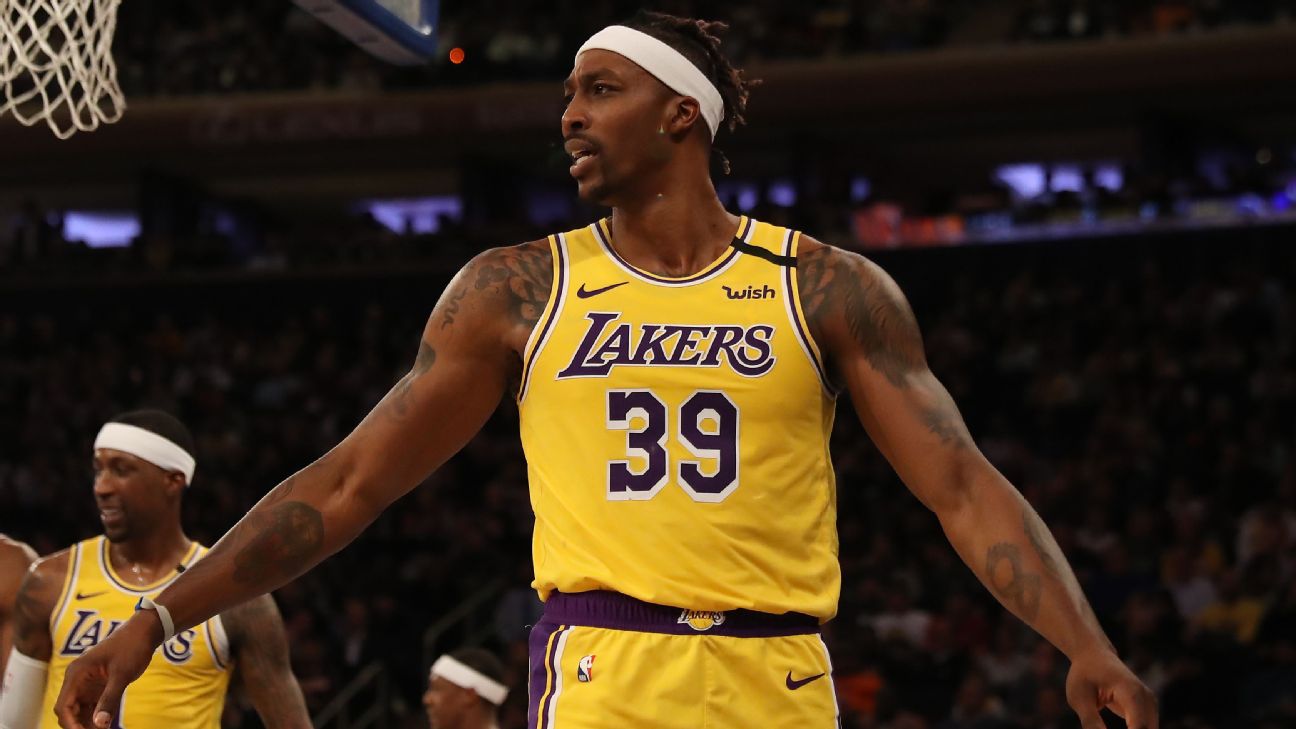 NEW YORK -- Dwight Howard has already repaired his relationship with the Los Angeles Lakers. Now he's looking to mend a bridge with an old Lakers teammate by pairing with him at All-Star weekend next month in Chicago.

Howard wants Kobe Bryant to help him in the dunk contest.

"I'm trying to get Kobe," Howard said after the Lakers' 100-92 win over the New York Knicks on Wednesday. "So if I can get all the Laker fans to lobby to get Kobe to help me in the dunk contest, that'd be really good. That'd be awesome."

Bryant and Howard's lone season together on the Lakers in 2012-13 was tumultuous and drama-filled, but Howard -- a late offseason signing after DeMarcus Cousins suffered a serious knee injury -- has been embraced by L.A. as a key reserve player on the Lakers' ascension back to the No. 1 team in the Western Conference.

It has been more than 10 years since Howard participated in the dunk contest in 2009, when he was one of the darlings of the league as a rising superstar for the Orlando Magic. He starred in the event from 2007 to '09 and won it in 2008 by donning a Superman costume along with his basketball shorts and soaring from a step inside the foul line to send the ball home.

Howard announced that he was returning to the All-Star staple during an appearance Tuesday at the NBA Store. When The Athletic reported Howard's planned involvement in the contest earlier this month, Howard denied it, saying, "I don't know where you guys are getting this information from. I never said I was doing the dunk contest."

He explained Wednesday that he said that because discretion was part of what the league asked of him if he were going to be invited to compete.

"I had to sign on the dotted line," Howard said. "Adam Silver, he asked me to do that."

Howard revealed that he wasn't actually asked to be in the dunk contest; it was the other way around. He had the idea to return to the contest and reached out to Michael Levine, vice president of entertainment and player marketing for the NBA, to gauge the league's interest.

"I reached out myself and told them I wanted to be in it, so it was like, 'Oh, really?' I was like, 'Yeah,'" Howard said. "So here it is. I think I'm the oldest dunker in the dunk contest ever."

Howard, who turned 34 last month, lost around 30 pounds in the offseason and plans to enter into an even stricter fitness routine in the 3 weeks leading up to the contest.

"I just felt like I'm in the best shape I've been in my whole career," Howard said. "So why not go out there and give it, give it 135 percent, and see what happens?"

Howard has been practicing for the contest and spent time at the National Basketball Players Association gym in downtown Manhattan on Tuesday, working on the dunks he has planned.

"Now that I'm competing against some way younger guys, I have to find a way to really make the dunk contest fun for the fans and really entertaining," Howard said. "So came up [with] some pretty good ideas, so things are going to be a lot of fun."

Howard would not divulge the dunks -- or props -- he has planned, however.

"I can't give everything away," he said.

Howard was more than happy to share his anticipation, however.

"What am I excited about? Just being in the atmosphere," he said. "It's been a long time. I got some pretty good dunks, things ready to go. Just can't wait to get out there, enjoy the atmosphere and try to put on a great show for all our fans. Try to make this 2020 dunk contest the best ever."

It could be even better if Bryant joins in.

"Have I asked him? Not yet," he said. "Just got to get the fans behind me first. Setting the table. Need you guys. 'Hey, Kobe, can you get in the dunk contest with Dwight?' That'd be great." 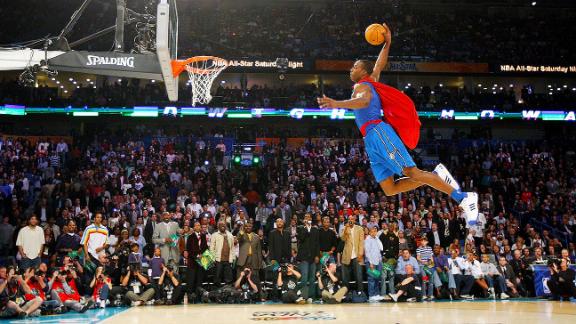