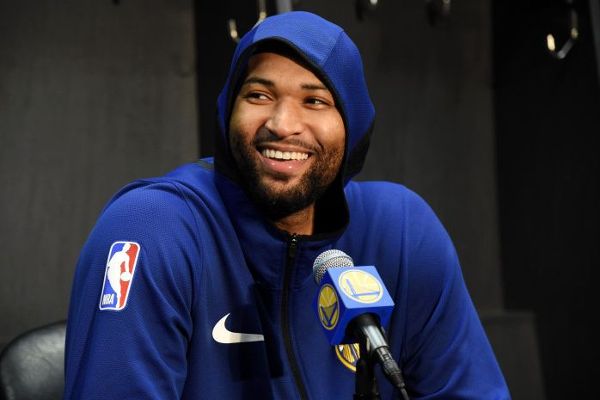 LOS ANGELES -- DeMarcus Cousins could end up playing for the Los Angeles Lakers this season after all.

Lakers coach Frank Vogel said L.A. has not ruled out the possibility of Cousins, who underwent offseason surgery to repair a torn ACL in his left knee, coming back to play should the Lakers make a playoff run.

Cousins, who signed a one-year, $3.5 million free-agency deal with the Lakers, suffered the injury during a summertime pickup game.

The Lakers scrambled to fill his spot at center, signing Dwight Howard to a veterans minimum deal, and they applied for and were granted a $1.75 million disabled player exception (half of Cousins' salary), which they must use by March 10 on a replacement player, or it will expire.

In order to qualify for the DPE, an NBA-appointed doctor has to rule a player "substantially more likely than not" to be sidelined through June 15 -- the end of the NBA Finals. But should L.A. use the exception and Cousins rehab himself back into shape, he would be eligible to return.

Just two months removed from surgery, Cousins has been limited to time on the exercise bike, walking laps around the perimeter of the Lakers' practice court and, in recent days, stand-still shooting drills.

In his nine NBA seasons, Cousins has averaged 21.2 points and 10.9 rebounds per game, making the All-Star game four times. He teamed with Anthony Davis and Rajon Rondo on the New Orleans Pelicans in 2017-18, averaging 25.2 points, 12.9 rebounds, 5.4 assists, 1.6 steals and 1.6 blocks in 48 games before suffering a torn Achilles that shut down his season.

Cousins did not travel with the Lakers on their preseason trip to China, and Vogel said he was unsure if the 6-foot-10, 270-pound big man would join L.A. on its upcoming three-game road trip through Dallas, Chicago and San Antonio or stay back and rehab.

"Guys that are out for a prolonged time that aren't going to be in the rotation we typically don't travel with," Vogel said. "But ... I don't think we've made the final decision on that yet."

The Lakers are planning for Cousins to start traveling with the team soon.

Cousins is also facing a misdemeanor domestic violence charge after allegedly threatening his ex-girlfriend and the mother of his 7-year-old son during a phone call this summer.

He has not spoken to reporters since the Lakers opened training camp last month. 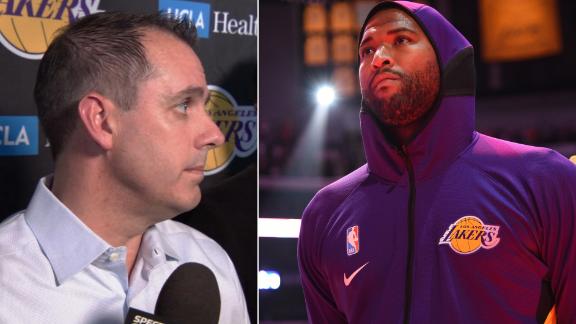