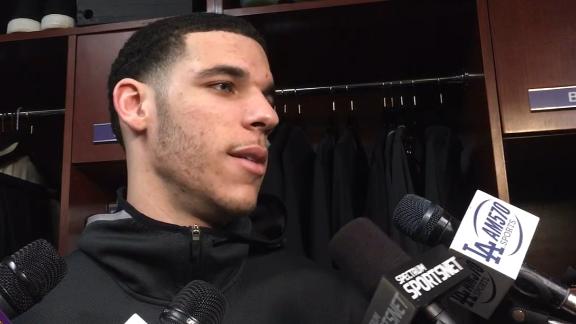 LOS ANGELES -- Lonzo Ball will undergo an MRI on his left knee Thursday after suffering a contusion in the third quarter of the Los Angeles Lakers' win over the Dallas Mavericks.

Lakers head coach Luke Walton said his rookie point guard is undergoing the MRI to be safe. Ball was kneed in the back of his leg on a back screen and exited the game with 4:51 remaining in the third quarter. Ball applied some heat to his leg hoping to return but was ruled out of the game.

"I'm not [concerned]," said Ball, who finished with 8 points, 5 assists and 4 rebounds in 24 minutes during a 103-93 win over Dallas. "Think it is just a bruise to the back of my leg. Should be OK. I have [experienced this before], it is like a dead leg but not in the spot that I have it right now."

Ball -- who was averaging 10.2 points, 7.3 assists and 7.0 rebounds coming into this game -- missed 15 consecutive games earlier this season with a sprained MCL in his left knee. The rookie point guard says this injury does not feel as serious as that one.

"It wasn't in the spot that I previously hurt that caused me to miss a lot of games, so I wasn't too worried about it," Ball said. "It's just kind of like a bruise. It just hurts, but I should be back soon." 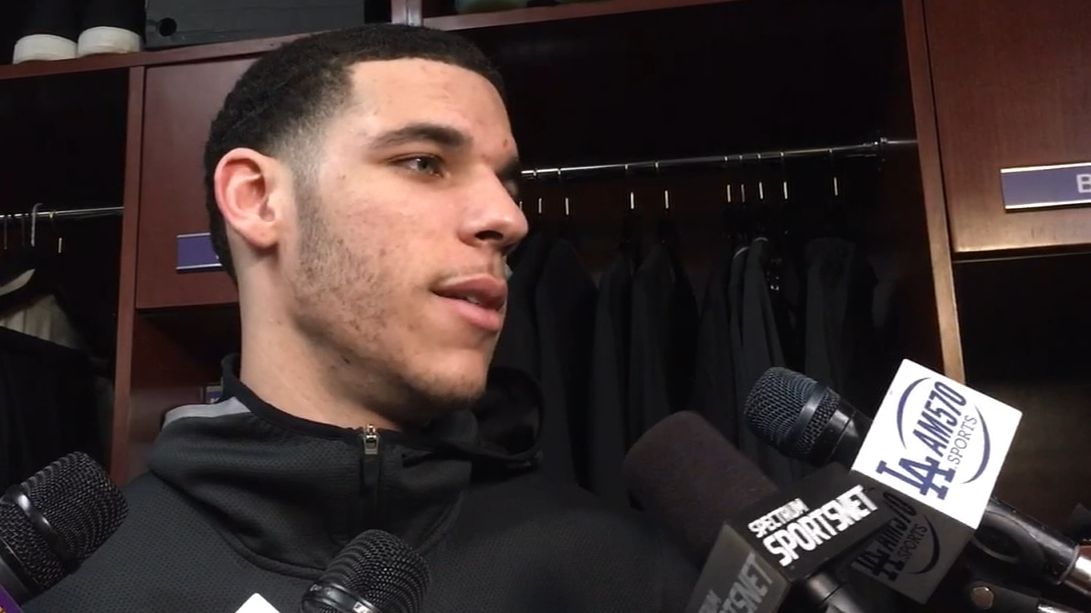