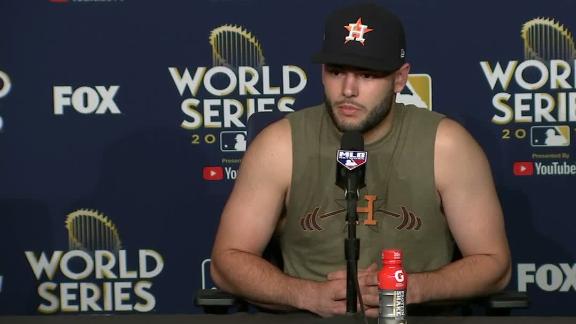 LOS ANGELES -- The pitching matchup for the first World Series Game 7 at Dodger Stadium will pit a brash 24-year-old son of a major leaguer against a veteran trade acquisition who has spent just three months in aDodgersuniform.

Lance McCullers Jr. will take the mound for theHouston Astros,while the Dodgers will go with Yu Darvish. Both are hoping to rebound from rocky performances earlier in the World Series.

Darvish quickly exited the clubhouse after the Dodgers' 3-1 win in Game 6 on Tuesday night, before the rest of his teammates had even finished showering; but McCullers went out to right field and played catch, going through his pitches as fans were still exiting the ballpark.

"I was in the bullpen toward the end; that's why I had to throw on the field postgame,"McCullers said. "Just because I hadn't thrown yet, because I was hot and ready to go, if the situation came up where they needed me."

McCullers started Game 3 of the World Series, but he struggled with his command, walking four battersand giving up three runs in 5 innings, before eventually getting credit for the win in Houston's 5-3 win. He said that experience would help in Game 7.

"I learned I wasn't very sharp," he said after Game 6. "I knew that early, though. So I knew it was going to be a grind for me pretty much the whole outing, which it was. This is a very good hitting team. They're patient, but they'll make you pay for mistakes. So I have to go out there and just execute my game plan. And I need to execute a little better in certain spots."

The Astros' plan is to have everyone available behind McCullers, which means Game 6 starter Justin Verlander could pitch and Game 5 starter Dallas Keuchel will definitely be ready to go in the bullpen.

"I think all of our guys will have the adrenaline on their side," Astros manager A.J. Hinch said. "They are all going to be ready."

Verlander will be a game-time decision as to whether he can give the Astros a batter or, maybe in the extreme, an inning. He threw 93 pitches in Game 6 and said he will play catch before Game 7 to evaluate how his right arm feels.

"I think it depends on when I get to the ballpark," Verlander said. "I'll throw the ball and see if I'm available or not."

Keuchel, who started Game 5 on Sunday in Houston, will be available probably for 30 or 40 pitches. Normally during the season, after two days' rest, Wednesday would be his throw day. Keuchel would not put a pitch limit on how much he could be used.

The Astros didn't use relievers Brad Peacock, Will Harris or Chris Devenski in Game 6. With two days of rest, those three are expected to be fully available. Ken Giles, Houston's struggling closer, also didn't pitch in Game 6, but it would seem unlikely that Hinch would go to Giles, unless he was forced to by the game's circumstances.

Darvish also struggled in Game 3, with both fastball command and the grip on his slider, and lasted just five outs as the Astros pounded him for six hits and four runs. He threw 49 pitches in the outing and induced just two swings-and-misses out of 26 total swings. In the second inning, the Astros hit seven line drives -- two of them hard outs -- off him.

"After the first two games, I heard that Keuchel and Verlander were talking about the ball was flying, and I knew that," Darvish said. "But before the bullpen on toward the third game, I threw a bullpen session with a regular-season ball. I didn't really realize until I got to the mound, and I knew that my slider wasn't breaking and sharp. And after the game, I came back and I realized that my slider, I couldn't finish my pitches. I couldn't get that final touch. And then it just didn't make sense.

"And then I read about the ball being slick. And I really didn't know if it was my physical thing and mechanical adjustment that I had to make or the ball. I can't really say it. But that's it. And I just need to learn from it and go tomorrow night."

Darvish did use a World Series ball in his bullpen session before Tuesday's game and said his slider was "better."

Should Darvish struggle in Game 7, the Dodgers could go to their ace, Clayton Kershaw. Kershaw was in the bullpen in Game 6 and will definitely be down there again in Game 7.

"Same thing as tonight," Kershaw said after Game 6. "I'll be in the bullpen and ready to go in the first inning. Whatever they need."

Kershaw joked that he could give the team 27 innings. He would be pitching on two days of rest after throwing 94 pitches in Game 5, when he allowed six runs in 4 innings.

If Kershaw makes an appearance, it would present a scenario similar to that of the 2014 World Series, when Madison Bumgarner started Game 5 for theSan Francisco Giantsand then threw the final five innings in relief in Game 7 as the Giants beat theKansas City Royals3-2 for the title; or that of last season's World Series, when Jon Lester started Game 5 for theCubsand then threw three innings and 55 pitches in Chicago's Game 7 victory over theCleveland Indians.

Brandon Morrow has appeared in all six World Series games for the Dodgers, but he threw just 14 pitches in Game 6.

Considering the quick hooks that manager Dave Roberts has employed all postseason with his starters, the expectation is that Darvish probably won't pitch deep into Game 7, so the Dodgers will probably use some combination of Kershaw, Morrow and Tony Watson before going to Jansen.

Kenta Maeda has thrown 81 pitches since Game 3, so he would be on a very short leash to face a right-handed batter or two.

Darvish went five-plus innings and 6 innings in his two starts in the National League Division Series and NL Championship Series, throwing 74 and 81 pitches while allowing one run in each game, both of which were victories.

"We're the two best teams in baseball," McCullers said. "I think that has been solidified by how amazing this Series has been. And I expect all of our guys to come to the park ready to win tomorrow, just like I would expect all of them [the Dodgers] to come into the park ready to win tomorrow. Which is what I think is what makes this Series so great, is you've got two teams with a bunch of dogs in the clubhouse. No one is afraid to back down. And I expect a great Game 7." 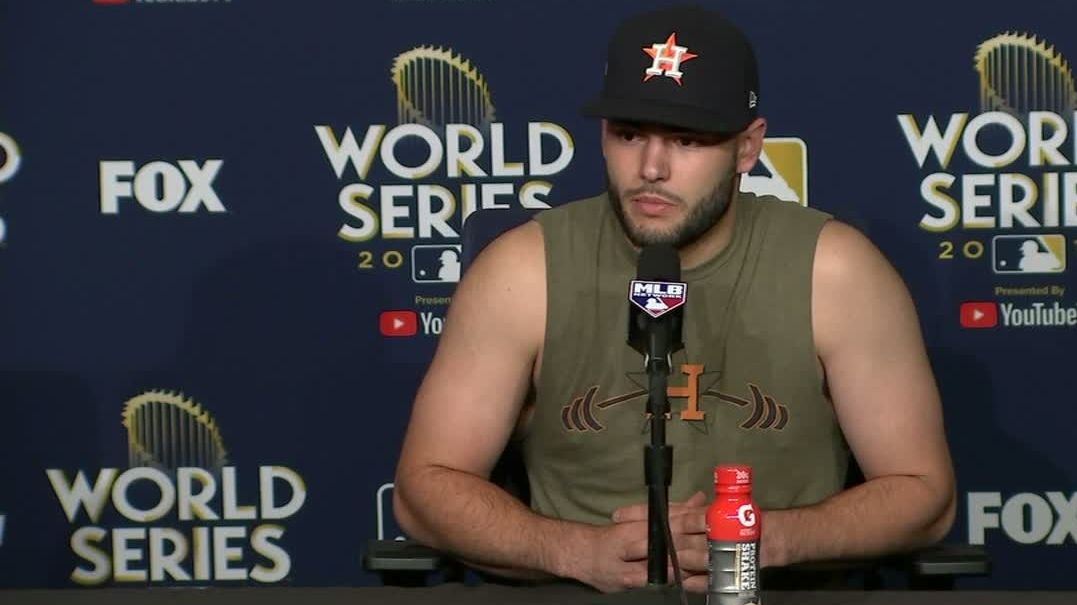