LaVar Ball brushes off LaMelo eligibility concerns due to MB1 shoe, says NCAA 'not my boss' 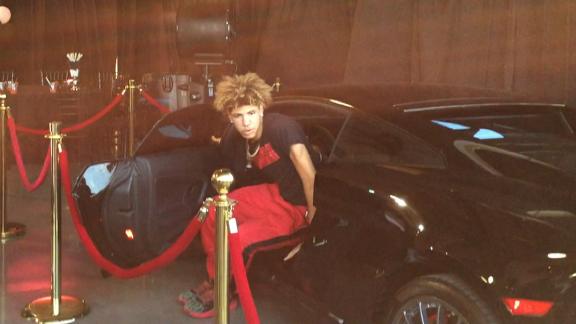 CHINO, Calif. -- If having a signature shoe ultimately costs 16-year-old LaMelo Ball his NCAA eligibility, his father, LaVar Ball, isn't worried about it.

Given a choice between one or the other, LaVar said the priority is the shoe.

"He's going to have a shoe," LaVar said Saturday night during his son's 16th birthday party, held at an event space at the Chino Airport. "NCAA ain't going to tell me s---. Because they're not my boss. That's what they do, but they're not going to be like, 'Oh, LaVar, you can't bring that shoe out until we tell you.' What? Something that I'm doing for my family? That's mine? I'm not under no umbrella."

LaMelo Ball's shoe -- the MB1 -- was available Thursday for preorder through Big Baller Brand's website for $395. His oldest brother,Los Angeles Lakersrookie and formerUCLAstandoutLonzo Ball, introduced his signature shoe this summer for $495.

LaMelo verbally committed to attend UCLA in two years. Currently, he attends Chino Hills High and is ranked as the No. 7 player in the Class of 2019.

In a statement regarding the matter, the NCAA on Thursday told ESPN's Darren Rovell, "Generally speaking, a college athlete or prospect paid for use of their athletics reputation or ability risks their future eligibility in that sport."

"This includes profiting from the sale of items bearing the young person's name," NCAA spokesperson Emily James told Rovell. "NCAA rules, however, do allow prospects to promote commercial products prior to enrollment, provided it is not for pay."

Said LaVar, "They're not going to tell me what I can do for my son and my family. He's not even in the NCAA, and that's the first thing they're coming up with instead of saying, 'Oh, that's a nice shoe. Your dad just gave a shoe to him, a signature shoe that he can play in that's to his specifications.' They're not looking at that part. They're looking at, 'How can we make it negative?' By saying, 'Oh, he's got to be ineligible for that. Gotta be.' No, it never happened before, so what are you saying?"

If LaMelo Ball isn't eligible to play college basketball because of his shoe, LaVar said he'll still train his son with the goal of helping him reach the NBA.

"We'll sit out a year or two," LaVar said. "Just get stronger and faster, and then go into [NBA training] camp as a free agent. He already got the narrative -- he can play, he can play. You see what he's doing at 15 and 16. Don't think that by the time he gets 17, 18 that he ain't going to be 10 times better than what he is now. And everybody says, 'Oh, he got to gain more weight.' Why? What you have to do is be strong. It ain't about the weight. It's about the strength."

When asked if his son would go play overseas, perhaps in Asia or Europe, instead of playing college basketball, LaVar flashed a smile.

"Everybody else got to go because you've got to make some money," LaVar said. "We need to make money, [but] we ain't got to go nowhere. All we got to do is train. They want to see whether you can make a shot, whether you can run or you're strong. The game don't change."

LaVar added, "If we already got this narrative of being a good player and a top-10 pick as a high schooler, if you go to college and you don't perform, you can't do nothing but hurt yourself. So what I'm saying is, I'm not going to make it a big deal where I'm like, Melo definitely has to go to college in order for him to succeed. You just gotta be ready to play and do your job."

LaMelo Ball didn't seem too concerned about facing a potential dilemma regarding his eligibility.

"I've still got two years left, so I'll worry about that when it gets there," he said.

UCLA issued a statement to ESPN earlier this week that said the university could not comment specifically about LaMelo Ball, citing NCAA rules.

LiAngelo (Gelo) Ball, the Ball family's middle brother, is a freshman for the Bruins. 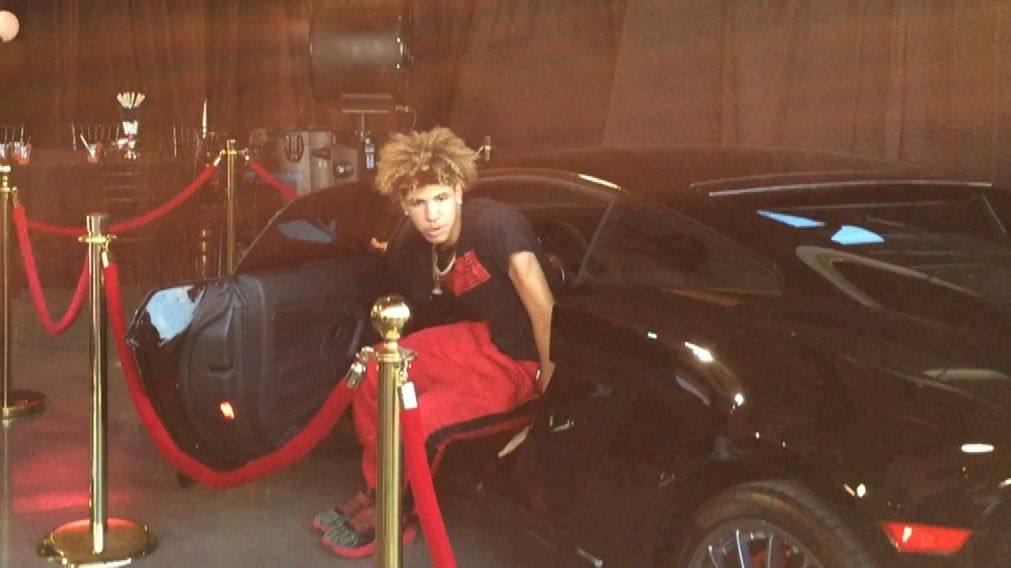