LeBron James downplays 0-3 start: 'It's a process; I understand that' 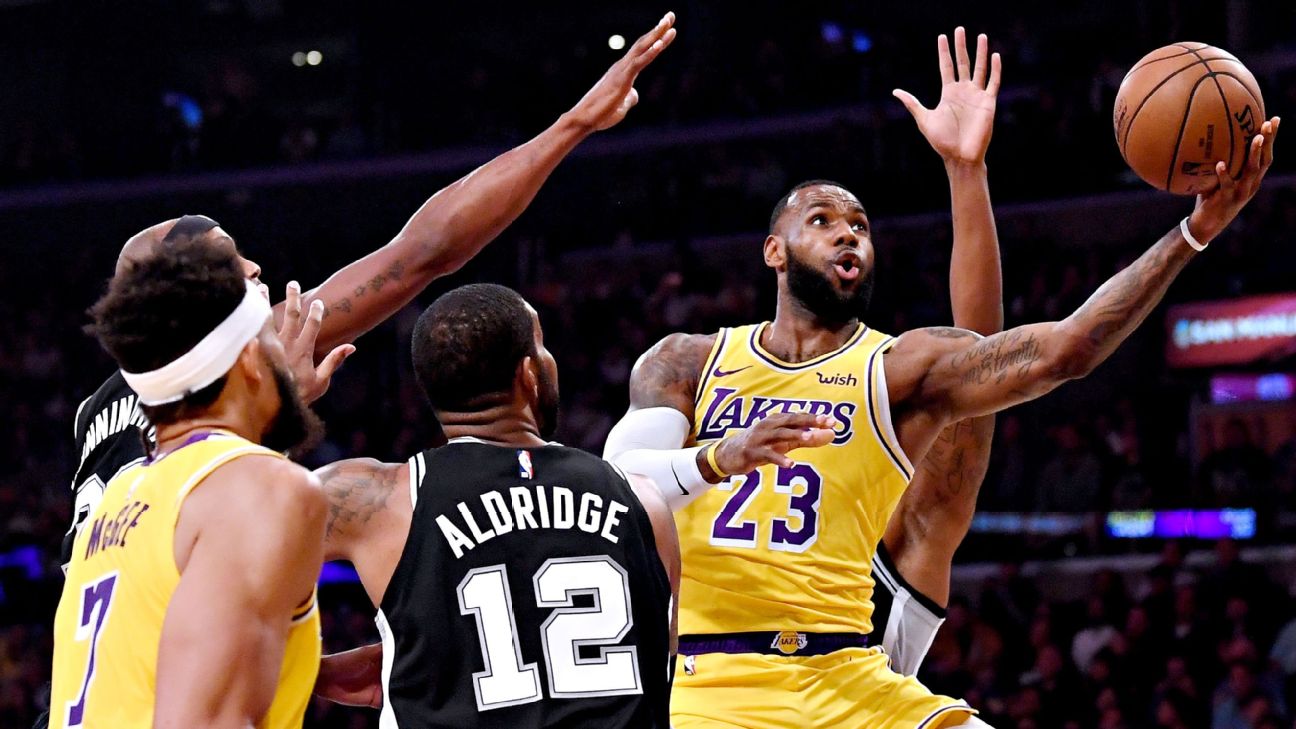 LOS ANGELES -- After enduring a wild first week with the Los Angeles Lakers that featured a multiplayer brawl, several close calls and, ultimately, LeBron James' first 0-3 start since his second year in the league, the star forward said he isn't fazed one bit by what has unfolded so far.

"It's not tough," James said after his potential game-winning step-back 3 was off the mark in L.A.'s 143-142 overtime loss to the San Antonio Spurs on Monday. "I know what I got myself into. It's a process. I get it. And it will be fine.

"So, I didn't come here thinking we were going to be blazing storms right out of the gate. It's a process, and I understand that."

On the one hand, the Lakers probably wouldn't have overcome an early 18-point deficit to the Spurs if James hadn't pumped in 32 points, 14 assists and 8 rebounds on the night -- including a tying 28-foot 3-pointer from the top of the key with 3.3 seconds left in regulation.

Adding to the drama of the 3, which sent Staples Center into a frenzy, James had been inadvertently struck in the face by Bryn Forbes before the shot and, when asked how much he could see, he said, "not much."

"I just got to my shot and trusted it," he said, improving on his 9-for-48 mark in his career (including the postseason) when taking game-tying or go-ahead 3s in the final 10 seconds of the fourth quarter or overtime heading into Monday. "I got a good rhythm coming up the floor and just trusted my shot. It's a shot I work on every day. So, I was able to get a good bounce into it and get a good look at it."

On the other hand, there was some uncharacteristically shaky play from James in crunch time sandwiching that 3.

First, with 10.4 seconds remaining in the fourth quarter and the Lakers trailing 128-125, James signaled for a timeout while Josh Hart was advancing the ball up the floor following a Forbes missed 3 for the Spurs.

The timeout was not granted, which ending up being a stroke of good fortune for the Lakers, as they did not have any timeouts remaining at that point.

When asked about the sequence, James denied that he was calling a timeout.

"I wasn't calling a timeout," he said. "Nah. Just getting ready to go up there and try to make a game-tying shot. That's all."

Any offensive player on the floor can call a timeout, per NBA rules. Had a referee granted the timeout, the Lakers would have been assessed a technical foul and loss of possession, potentially putting them down by four with 10.4 seconds left without the ball, rather than having the chance to tie in a one-possession game, as was the case after James received Hart's pass.

Lakers coach Luke Walton said both he and Kyle Kuzma tried to get James' attention in the moment to notify him they were out of timeouts.

"When I saw him calling for the timeout I was yelling, I think Kuz -- I've got to watch the tape -- was yelling, too," Walton said.

As for James' game-tying 3, Walton gave James full credit for making a play.

"Once he realized we didn't have any [timeouts], there wasn't an actual action we ran," Walton said. "That was LeBron dribbled up and made a 3, which is what makes him special. But that was just him doing that on his own."

L.A. built a 142-136 lead in OT following a three-point play by James with 55.6 seconds left, but things fell apart from there. Forbes scored a layup, Kuzma missed a 3 and Rudy Gay made a 3 in quick succession to cut the Lakers' lead down to one with 12.8 seconds remaining when James went to the line for two free throws. He missed them both.

"We had our chances," James said. "I mean, we were up 6 with a minute to go or less than a minute to go. And just couldn't get a stop. ... I missed two free throws, which is unacceptable. And then they made a shot, and I missed a shot."

Dating back to last season, in the final 15 seconds of the fourth quarter and overtime, James is 10-for-21 (48 percent) on free throws in one-score games, according to research by ESPN Stats & Information. The only player worse in that span, with a minimum of five attempts, is New Orleans' Jrue Holiday (42.9 percent).

As for the missed game winner, James was comfortable with the attempt, even though he has shot only 32.1 percent on step-back jumpers from the left side of the floor in the past five seasons, according to data compiled by ESPN Stats & Information (eighth worst among 46 players with at least 75 such attempts over that span).

"Just get to my spot," James said of his mentality on the possession. "Get to my spot. I got to my spot, got the shot that I wanted. It just didn't go down."

Whatever the data might suggest, Walton was just as comfortable with James' shot as James was.

"We'll take LeBron going to his left on a step-back jumper for game every single night," Walton said. "He is going to hit most of those. Players making plays."

The Lakers go on the road to play the Phoenix Suns on Wednesday, still seeking their first win of the season. 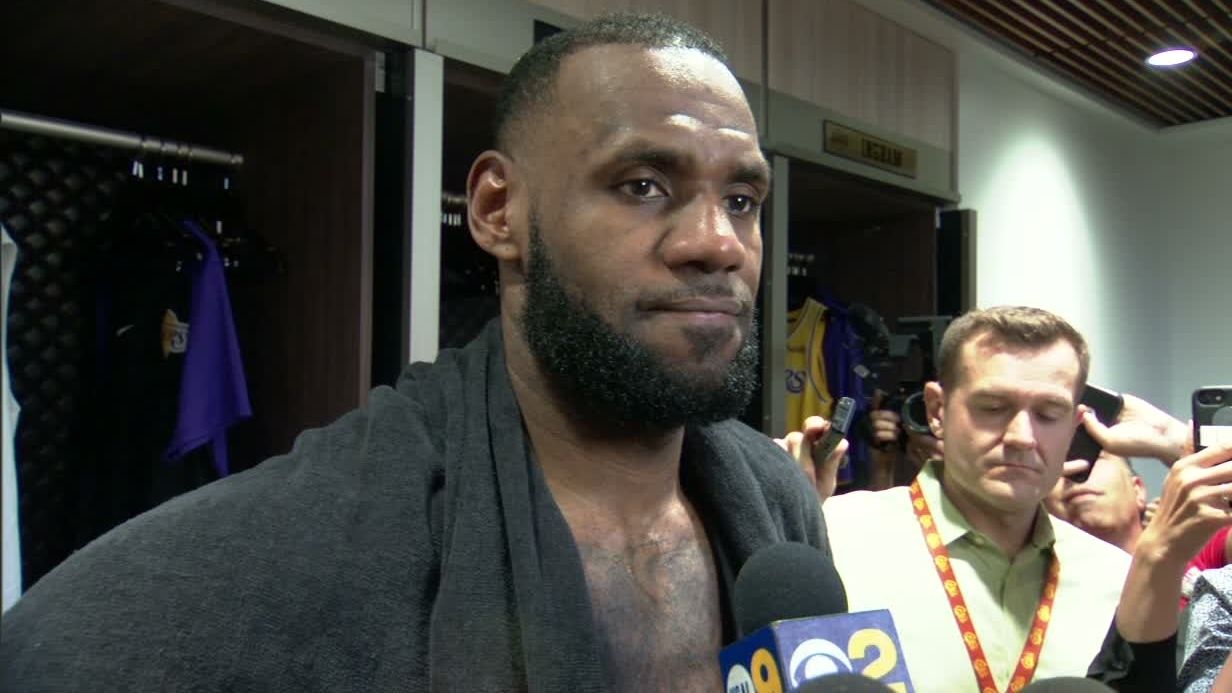 LeBron: I 'got the shot that I wanted'
LeBron James breaks down the Lakers' final possession where he missed a game-winning jumper and how he likes the direction the team is moving in. 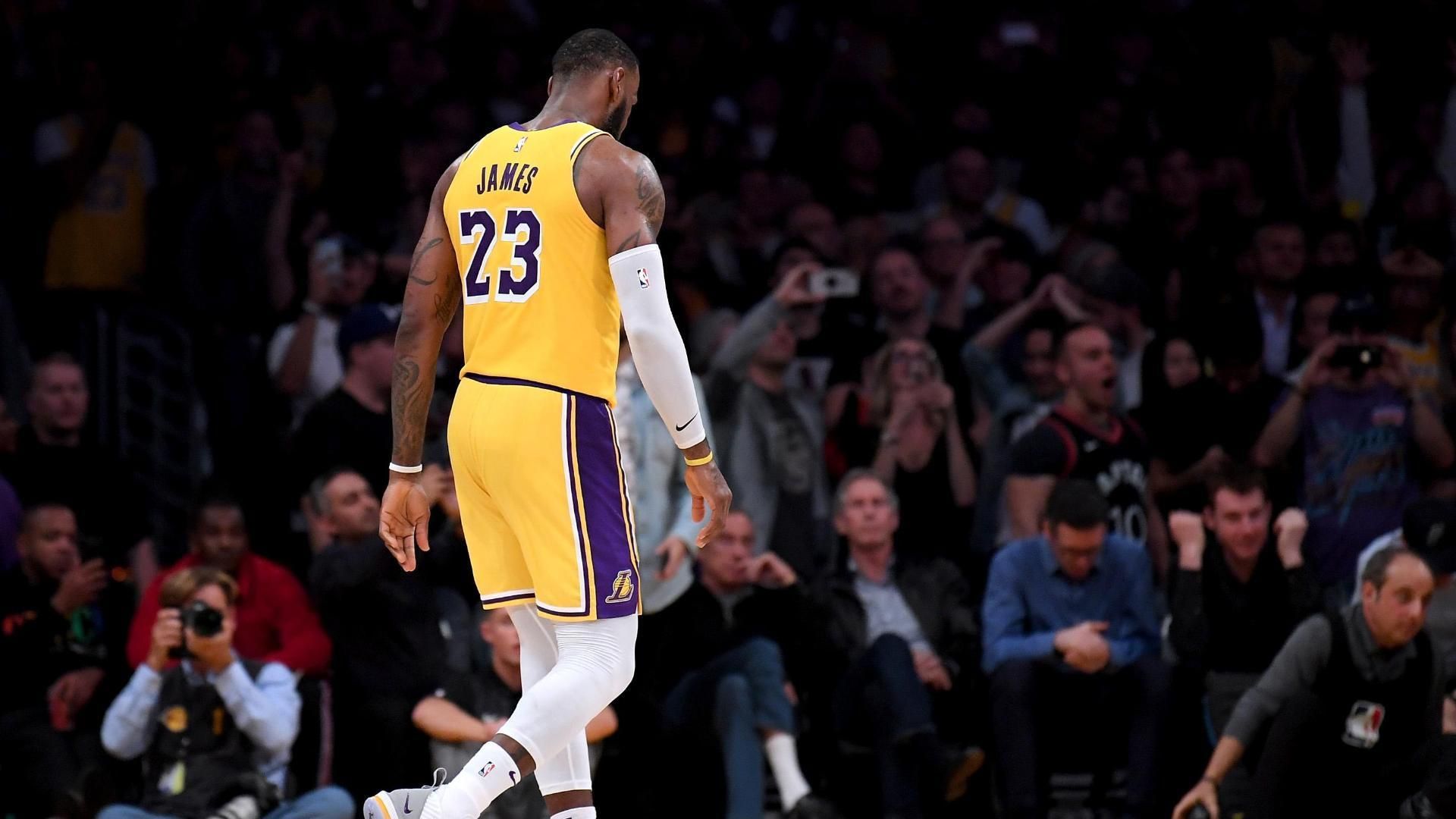