Let's overreact to Week 5 in the NFL: Teddy Bridgewater will get paid this offseason 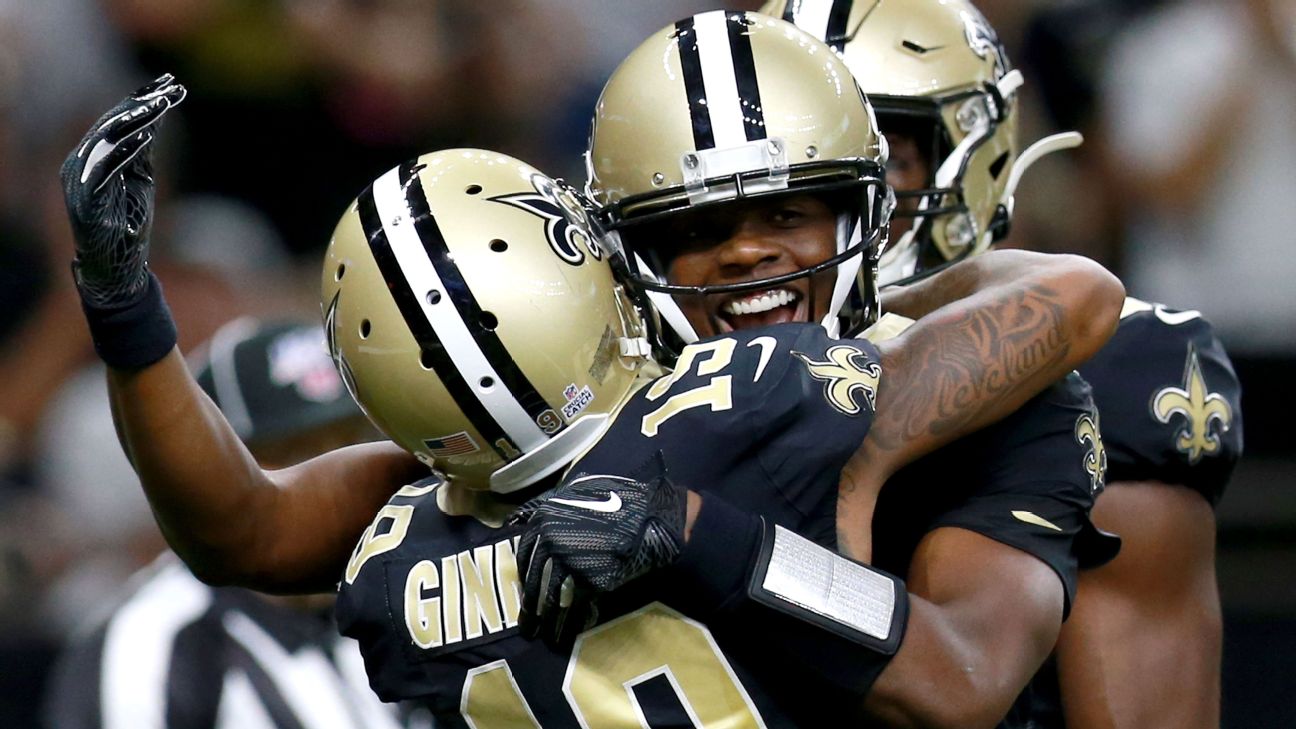 It is said that the most popular guy on the team is the backup quarterback because every time fans get disgruntled about the starter, they imagine life with his backup running the show instead.

But it's a be-careful-what-you-wish-for season in the NFL, with 42 quarterbacks having started games in the first five weeks. Some are doing fine. Some are not. Some are getting hurt and leaving things in the hands of the third-stringers.

When Drew Brees injured his thumb in the Saints' ugly Week 2 loss to the Rams, there was some degree of concern in New Orleans about Super Bowl dreams ending early. But Bridgewater, the highest-paid backup quarterback in the league for a reason, has stepped in and guided the Saints to victories over the Seahawks, Cowboys and Buccaneers. The Saints sit at 4-1, Brees is already posting videos of himself throwing the ball, and it appears that New Orleans is in position to stay even better than afloat during its Hall of Famer's absence.

We begin this week's Overreaction Monday column in the Big Easy, with Touchdown Teddy.

Bridgewater will be some team's starting quarterback in 2020

He didn't exactly dazzle in his first two starts, but he sure did Sunday, flinging four touchdown passes in a 31-24 victory over the Bucs. Bridgewater was, once upon a time, the Vikings' starting quarterback, but he blew out his knee in training camp in 2016 and missed more than a season as a result. He has bounced around since then, with a training camp stint as a Jets quarterback in 2018 followed by a season as Brees' backup.
He had a chance to go to Miami and start this season, but he chose to go back to New Orleans, and now he's helping the Saints stay in contention. He will be a free agent again at season's end.

The verdict: NOT AN OVERREACTION. Heck, he could be the Saints' starter next season, depending on whether Brees wants to keep playing. But Bridgewater is still only 26 years old -- he turns 27 next month -- and is well-liked and respected around the league. You never know where the starting quarterback options are going to arise. Miami again? Tennessee? Tampa? Denver? Bridgewater could have options.

Although his best game so far was against a porous Tampa Bay pass defense that made a star of Giants rookieDaniel Jones two weeks ago, the winning he's doing while Brees is out is going to catch teams' eyes. He could be a hot item on the 2020 free-agent market.

Christian McCaffrey is the league MVP so far

McCaffrey had 176 rushing yards, 61 receiving yards and three total touchdowns in Carolina's 34-27 victory over Jacksonville on Sunday. Through the first five weeks of the season, he has 866 scrimmage yards. The Elias Sports Bureau tells us that's the second-highest figure in NFL history through the first five games of a season, trailing only Jim Brown's 988 in 1963. That's quality company.

McCaffrey left Sunday's game with what he later described as cramps, but I assumed it was because his back was sore from carrying the team.

The verdict: OVERREACTION.This is no offense to what McCaffrey is doing because he's an absolute monster and probably as valuable to his team as almost any player in the league.

But the quarterback in Kansas City is playing like an alien who spent the past 98 years watching every NFL game from space to the point that he perfected it and came to Earth to dominate in the year 2018. Patrick Mahomes is the MVP until somebody takes it away from him, and right now, if anyone has a case to do that, it's probably Seattle's Russell Wilson.

The Packers are the best team in the NFC

They had to hang on for dear life, but hang on they did, and the Packers came out of Week 5 with a big 34-24 conference road victory in Dallas. Green Bay is now 4-1 with victories over the Bears, Vikings and Cowboys -- i.e., the teams the Packers need to beat if they want to be considered the best team in the NFC -- and a close loss to the Eagles on a Thursday.

The defense has been solid all season, Sunday's second half notwithstanding, and the offense seems to be coming together around its running game after some early-season fits and starts.

The verdict: NOT AN OVERREACTION. I'm well aware that the debate today and this week will be about the Cowboys and whether they're in trouble and/or were frauds at 3-0. But let's save a little bit of attention for Matt LaFleur's Packers, who are integrating a lot of new stuff into their program this season and are having great success doing so.

You could make a strong case at this point for the Saints or Seahawks as the NFC's best team, and we'll see what happens Monday night, as the 49ers are still the conference's only unbeaten team. But it isn't an overreaction to consider Green Bay an NFC favorite based on what it has done so far.

Between now and December, the Packers have only one game against a team that currently has a losing record, and it's the Chargers, so they'll earn it if they get there. But the early returns support their case.

The Raiders will make the playoffs

What exactly happened over there in London on Sunday? The Raiders built a 17-0 lead against the Bears' monster defense. They fell behind 21-17 even more quickly. Then Derek Carr led them on a 13-play, 97-yard touchdown drive to win the game in the fourth quarter.

The Raiders are 3-2 after back-to-back impressive victories, and with the Chargers struggling, the Raiders have emerged as prime candidates to finish second to the Chiefs in the AFC West.

The verdict: OVERREACTION.I'm still not seeing it with this group. They're better than I thought they'd be at this point, but get back to me after their next three games -- at Green Bay, at Houston, against Detroit -- and we'll see where things stand.

Oakland also has all three of its divisional road games left, and divisional road games are never easy. The lean-on-Josh-Jacobs formula has a chance to work, especially with the Raiders' line playing this well. But I don't think they have enough depth of passing-game targets to keep them consistent in the big spots the rest of the way.

Everything is fine now in Minnesota

It was a tumultuous week around the Vikings. After laying an egg in Chicago last Sunday, Kirk Cousins took a lot of heat from a lot of people who still don't think he's very good. Star wide receiver Stefon Diggs threw a fit, skipped some practices and meetings, got fined about $200,000 and might or might not have demanded a trade out of town.

The Vikings needed to go into New Jersey and light up the Giants' defense, and they did. Cousins threw for 306 yards and two touchdowns, both to squeaky wheel Adam Thielen, who complained about his team's refusal to throw the ball downfield last week. Diggs had three catches for 44 yards, and Dalvin Cook continued to be a juggernaut, racking up 218 total yards from scrimmage. It was the game the Vikings needed to have.

The verdict: OVERREACTION. My sources paint a not-so-rosy picture of the Diggs situation, and I'm not sure one victory in which he had the third-most receiving yards on his team is going to make anything better.

The Vikings are telling teams that he isn't available, and with the lack of depth they have at wide receiver, you can understand why. But if they can't find a way to make Diggs feel like a bigger part of things than he has been so far, he could make it difficult for the team to keep him. The Vikings don't get to play the Giants every week. Tougher games and opposing defenses loom. 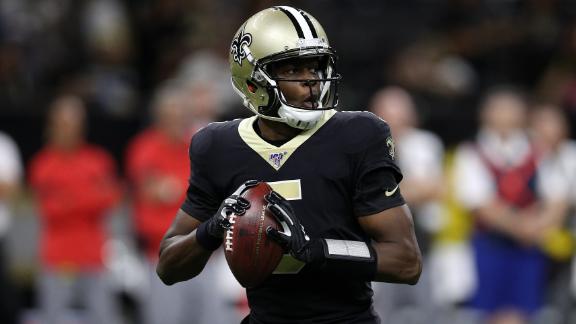 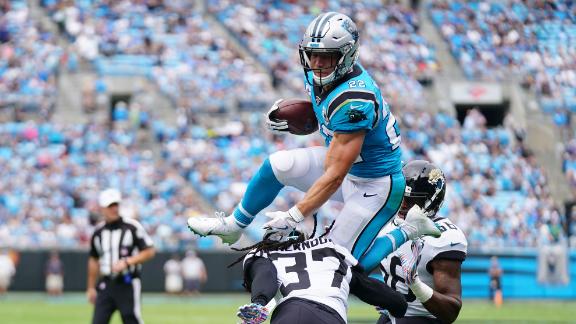 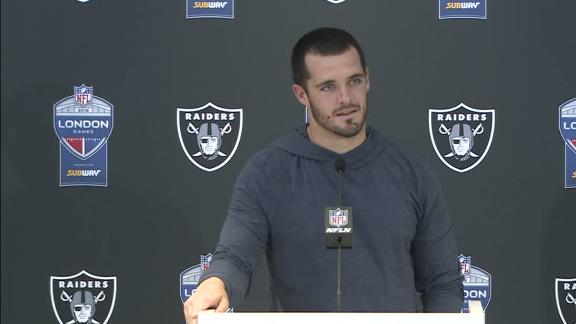