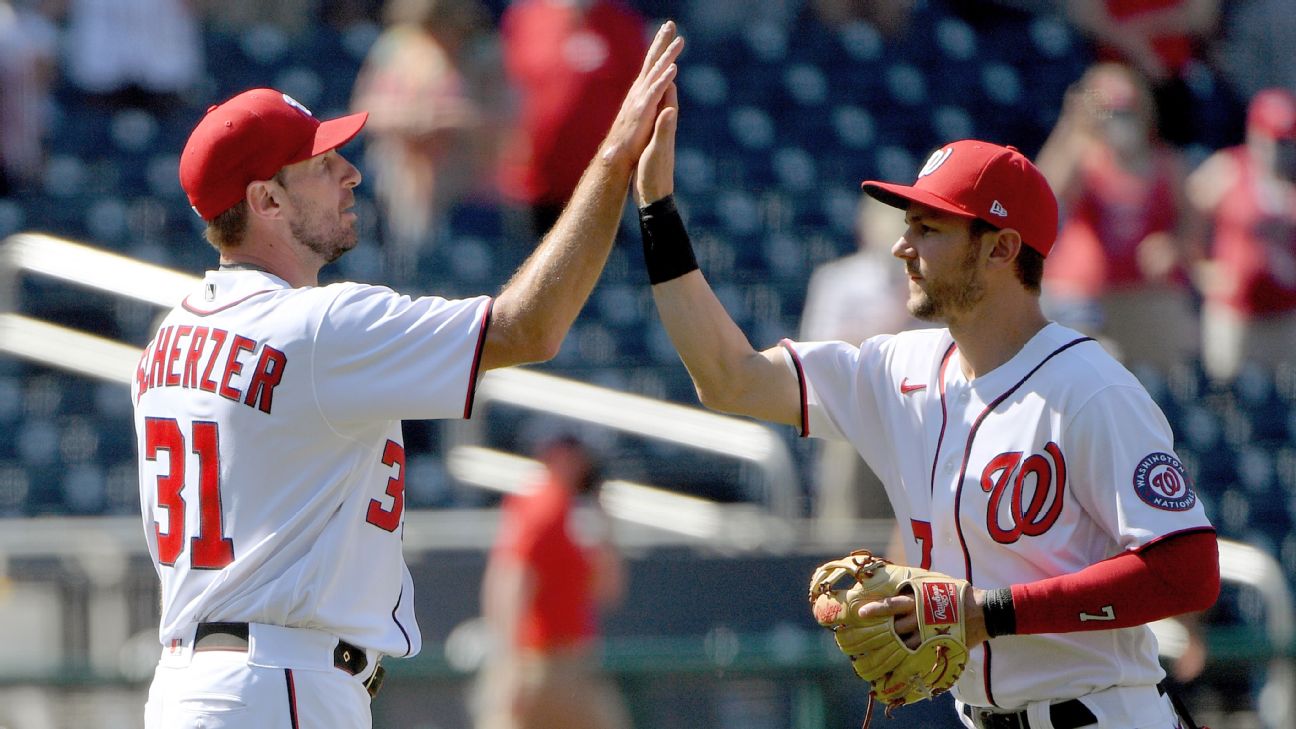 
Gray and Ruiz were rated by ESPN's Kiley McDaniel as the Dodgers' top two prospects entering the season.

Scherzer is 8-4 with a 2.76 ERA in 19 starts this season. The three-time Cy Young Award winner is scheduled to become a free agent after 2021.

Scherzer had the right to block any trade because of his 10-and-5 rights (10 years of major league service time and five with the same team) but was reportedly open to going to the West Coast and has signed off on joining the Dodgers.


Scherzer and Turner, the latter of whom isn't eligible for free agency until after the 2022 season, will add nearly $17 million in prorated salary and puts the Dodgers' payroll at about $285 million, roughly $85 million more than that of the second-place New York Yankees, according to Spotrac.

Turner, an All-Star this season, is batting .322 with 18 home runs and 49 RBIs. Now in his seventh season, he is a career .300 hitter. Turner exited Tuesday's game against the Philadelphia Phillies in the first inning following a positive test for the coronavirus.

The 28-year-old Turner has been an everyday shortstop over the last five years but started 44 games in center field and another 25 at second base in 2016. With Corey Seager expected to come off the injured list this weekend -- along with Mookie Betts -- Turner seems more likely to get everyday at-bats at the latter two positions. Slotting him in center field would allow Cody Bellinger, who has struggled to a .556 OPS this season, to move over to left field and share time with AJ Pollock, potentially forming a platoon.

The Scherzer and Turner acquisitions mark the third midseason blockbuster trade executed by Dodgers president of baseball operations Andrew Friedman over the last five years, following the additions of Yu Darvish (2017) and Manny Machado (2018). The Dodgers are the seventh team in major league history to acquire multiple players midseason who were All-Stars that same year, according to research by the Elias Sports Bureau.

Before the 2021 Dodgers, no team had ever seen three Cy Young Award winners and three MVPs appear in the same season. Scherzer would give the current Dodgers four of each.


The Dodgers went into the week aggressive in their pursuit of starting pitching and were also engaged with the Minnesota Twins on Jose Berrios, who is controllable for an additional year. Scherzer slots in at the top of the rotation, joining a staff that also includes Walker Buehler, Julio Urias, David Price, Tony Gonsolin and Clayton Kershaw, who could come off the injured list by Aug. 7.

Starting pitching became a sudden need for Los Angeles, given the uncertainty surrounding the high-priced Trevor Bauer, who is fighting sexual-assault allegations and has had his administrative leave extended three separate times. Bauer's case is under criminal investigation; the civil hearing for the temporary restraining order that was obtained against him is scheduled for Aug. 16 to 19.

Danny Duffy, acquired from the Kansas City Royals earlier on Thursday, can also help out in the rotation but is expected to be used as a dynamic multi-inning reliever, occupying a role similar to the one Urias filled in recent years. 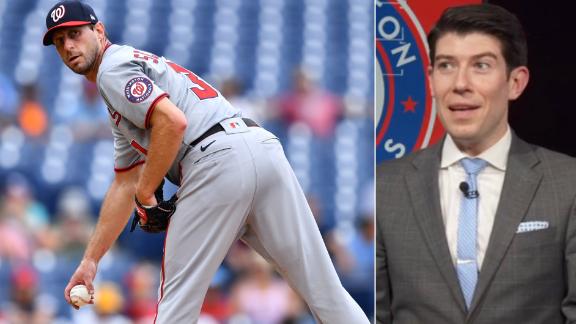