Luol Deng seeks to prove himself on court, not function solely as locker room leader 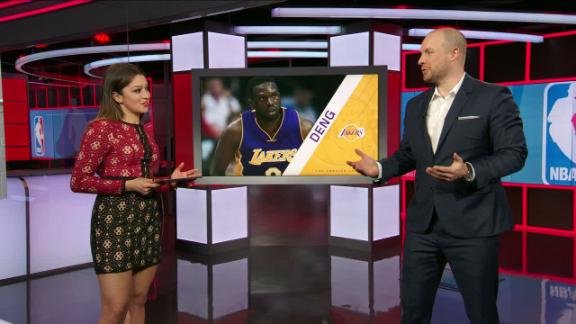 EL SEGUNDO, Calif. -- AfterLos Angeles Lakers forward Larry Nance Jr. broke a bone in his left hand last week, there was a brief possibility the team might replace him in the starting lineup with veteran power forward Luol Deng.

Instead, the Lakers started rookie Kyle Kuzma, who proceeded to put up double-doubles in both of his starts. Kuzma has played so well, he might never come out of the starting lineup -- even when Nance is ready to return in four to six weeks.

Deng remained right where he has been for most of the season -- on the inactive list while the Lakers prioritize developing their younger players over getting value out of the man they signed to a four-year, $72 million contract in the summer of 2016.

"It definitely hurts," Deng told ESPN on Monday after the Lakers practiced. "But the only answer for me now is to prove myself away from L.A. I'm not asked to play, I'm not in the rotation, so I can't prove myself here.

"Most of these young guys don't understand the business of basketball, so if I come in here and I'm angry every day, I'm taking something away from them. I have to be smiling, I have to be in the best mood I can be in, because they're living their dream of being an NBA player."

Deng said he and his agent, Jeff Austin from Octagon sports management, have been working with the Lakers to resolve the situation, either via trade or buyout. He understands it may take weeks, months or even years to settle, as he has two years and nearly $37 million remaining on his contract after this season.

A Lakers source confirmed that the team has met with Deng's representatives to find a solution, via trade or buyout, that would allow him the opportunity to play more.

"You just never know. It could be a month, it could be a week, it could be three months," Deng said. "I don't want something to happen and I'm called upon but my shape holds me back. The challenge is to challenge yourself to be in better shape than if I was playing. Then, if I fall short, I'm still in good shape."

Deng said he appreciated that Lakers coach Luke Walton has been upfront with him throughout his time in L.A. Last season, Deng started the first 53 games of the season before the team shifted gears around the trade deadline. He was either inactive or didn't play due to coach's decision in the final 22 games.

Walton and Deng both said they've had several discussions last season and this season about the situation. Walton told ESPN that his message to Deng has been, "We have a really young group that we're trying to grow together and get as much opportunity as possible. I know that that's not obviously the ideal situation for you or what you signed up for; I have compassion for that. What we need out of you is to be a really good vet, to be a leader in the locker room and be a mentor to these guys, because a lot of them look up to you. And for you to be ready. You never know how the NBA season goes. There's always injuries. There's always something that happens. Opportunities will be there."

Deng said he understood where Walton was coming from, but it was difficult to hear after working all summer to atone for what he felt was simply a bad year all around last season.

"You spend the whole summer like, trying to come back for the city, for the team, to prove that it was just one bad year. But the opportunity's not there," Deng said. "I know I make a lot of money, but for me -- I came from nothing, so it's always been about the love of the game.

The Lakers have made little secret of their desire to clear salary-cap space to chase free agents the next two summers. The money they owe to Deng over the next two years would make it difficult to create enough room under the cap to sign the type of max-level free agents they intend to pursue. If they cannot find a trade for Deng, as they did for Timofey Mozgov (who was signed to a four-year, $64 million deal the same summer), the Lakers' only options will be to buy him out or waive and stretch out what they owe Deng. That would spread the salary-cap hit out over five years rather than two.

"I'm just being patient," said Deng, who has been inactive for nine of the Lakers' first 10 games. "Throughout my career I've never really been a guy who created drama or wanted to deal with drama. At the end of the day, I know what it is, I know I can play the game. But it's the situation that I came into." 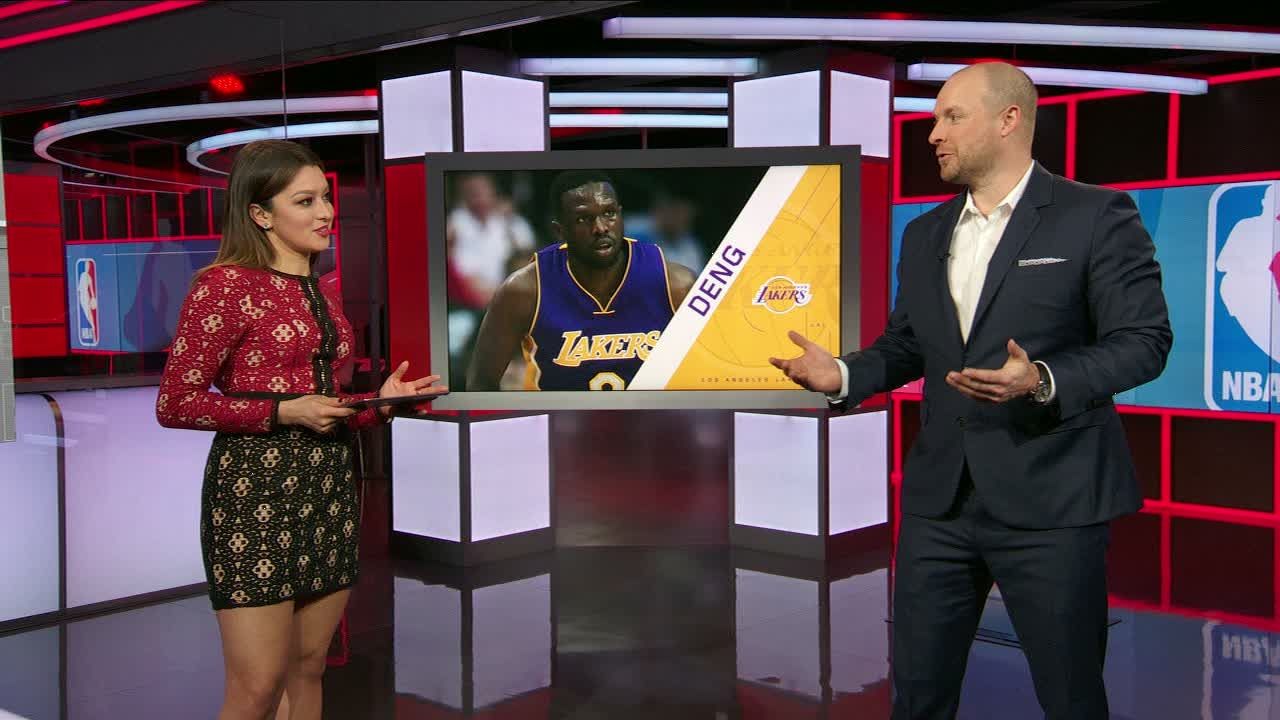