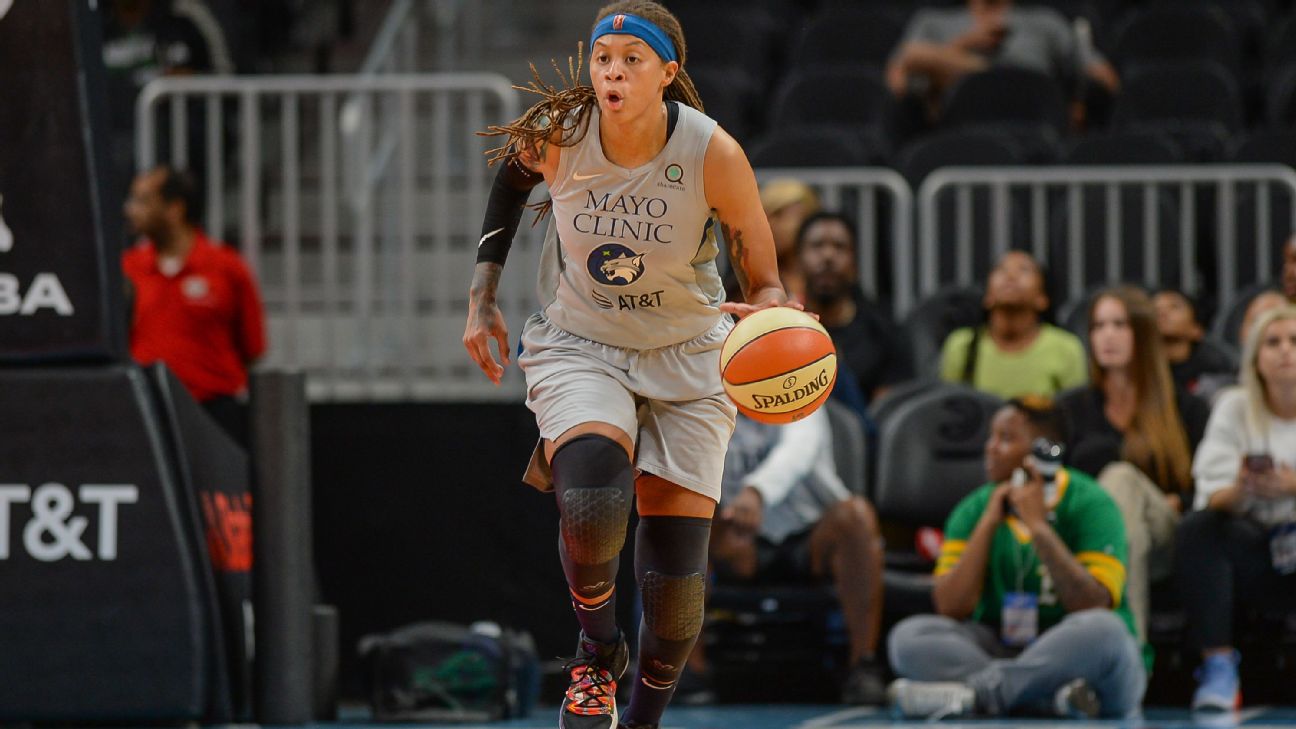 Four-time WNBA champion Seimone Augustus has signed as a free agent with the Los Angeles Sparks after spending her entire 14-year career with the Minnesota Lynx.

Augustus was the No. 1 draft pick out of LSU in 2006 and was considered the foundational player for the Lynx dynasty. Augustus, a 6-foot guard who turns 36 in April, previously has said that 2020 will be her last WNBA season, but she didn't address that in a statement provided by the Sparks on Thursday.

"Through intense playoffs battles and time with Team USA teammates, I have come to know the Sparks character and commitment to winning," Augustus said. "I'm excited to join friends who are now teammates to chase another championship."

The Sparks now have four former No. 1 picks on their roster, with Augustus joining Candace Parker and sisters Nneka and Chiney Ogwumike. Los Angeles also signed another veteran guard who previously played for the Sparks, Kristi Toliver, during this free agency period.

Augustus has averaged 15.9 points per game in her career, and her 5,881 total points ranks her 11th in WNBA history. She also has averaged 3.2 rebounds and 2.4 assists per game in her career. But she's coming off an injury-slowed 2019 season in which she played just 12 regular-season games, averaging 3.8 PPG, and scored six points in the Lynx's playoff game, a loss to Seattle.

"Seimone Augustus is a player I've admired from a distance throughout her illustrious career," coach Derek Fisher said. "She's a leader, fierce competitor and a winner."

Augustus was part of the so-called "core four" of the Lynx, along with Lindsay Whalen (retired, now coaching the Minnesota Gophers' women's team), Rebekkah Brunson (now an assistant coach with the Lynx) and Maya Moore (who took a sabbatical from basketball in 2019 and said she doesn't plan to return to the WNBA in 2020).

That group led the way to WNBA titles in 2011 and 2013, as well as the loss in the WNBA Finals in 2012 to Indiana. The Lynx were joined by center Sylvia Fowles, Augustus' former LSU teammate, midway through the 2015 season and won another title that year. After losing the WNBA Finals to Los Angeles in 2016, the Lynx came back to beat the Sparks for a fourth title in 2017.

Many expected that Augustus, who also won three Olympic gold medals with the U.S. team, would finish her career in Minnesota. Instead, she'll be joining an L.A. team that she previously had quite a rivalry with, and which should be one of the favorites for the 2020 WNBA title.

Augustus was a fan favorite in Minnesota, and the Lynx wished her well in statements from coach and general manager Cheryl Reeve and from team owner Glen Taylor.

"Since 2006, Seimone has given the Lynx franchise countless thrilling moments on the court and has had an enormous impact in our community," Reeve said. "Coaching Seimone Augustus was one of the greatest joys of my coaching life and I wish her the best as she says goodbye, for now, to the Twin Cities."

Taylor said, "I would like to thank Seimone for all the great memories she provided us and our fans while she wore the Lynx uniform. I will always cherish our time together and all that we accomplished, both on and off the floor.