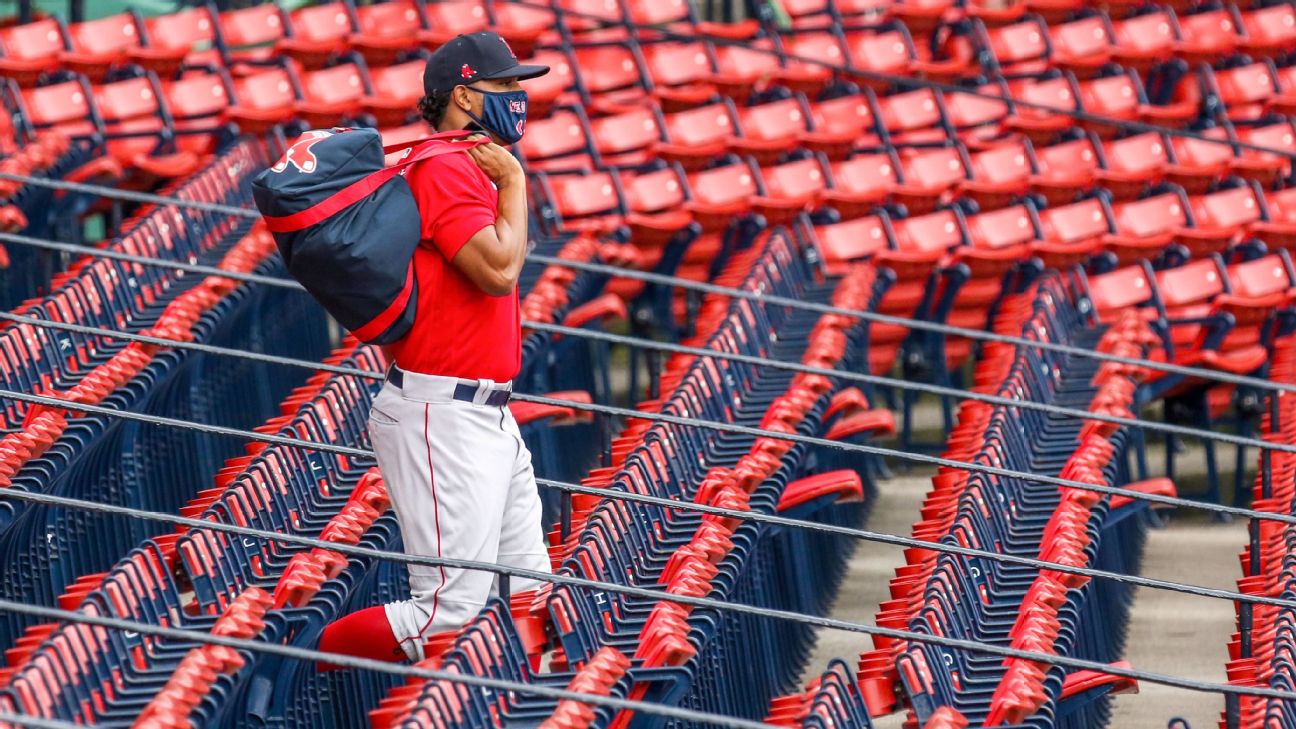 The day-to-day changes Major League Baseball players are dealing with might become routine in time, many players said after the first full week of workouts at summer camp. But the new normal amid the coronavirus pandemic has already had an effect on one aspect of the game that is part of the fabric of sport at any level.


Social distancing is contrary to everything players have been taught in regard to being there for their teammates.

"Not giving people high-fives," Chicago Cubs slugger Kyle Schwarber said to a Zoom room of reporters wearing masks. "In baseball, you're used to patting someone on the back or butt or whatever it is. Now you're trying to respect everyone's [space].

"We're going to be setting an example for the country as well. You want to set that good example. It might not happen all the time."

Yes, players say they're likely to forget to follow the guidelines from time to time as baseball returns, but there's also likely to be someone there to remind them. That's what being a good teammate will mean this season as much as anything else. Still, some will want to show their love -- but just won't be able to -- including Boston Red Sox manager Ron Roenicke and shortstop Xander Bogaerts. They like to get close.

"I feel like me and him are the same -- we like to hug and be kind to people," Bogaerts said. "So it's going to be tough."

The lack of camaraderie was No. 1 on players' lists of awkward and strange things after a few days at camp, but there were plenty more. Players can deal with getting their temperature checked before entering the park and conducting a Zoom interview with reporters here or there, but no spitting? Is that even possible in baseball?

"That's going to be tough for everyone," Los Angeles Dodgers third baseman Justin Turner said. "It's just almost second nature. Spitting for a pro baseball player is like blinking. It's going to be a tough habit to break. ... It's not even just spitting on the ground. A lot of us have routines and habits. You spit a little bit on your glove before each pitch."


The routines of the day, from arriving at the park to eating to working out and keeping "appointed time slots" for throwing, are not natural, according to Chicago White Sox reliever Steve Cishek. Players are used to being told where they need to be and what time to be there, but that's usually about bus and plane times, not when they can get into the trainer's room or even shag flies.

"I feel like we're back in high school, waiting for the bell to sound before we can go to the next class," Cishek joked.

Others said wearing a mask inside during workouts was tough for obvious reasons -- breathing! -- but most came back to the inability to be close with teammates as the strangest part of baseball life right now.

"We have to keep our distance," Cubs shortstop Javy Baez said. "It's weird not shaking hands or having people around you when doing your routine."

But at least it's baseball. Sitting at home for the past three months wasn't feeling right for athletes conditioned for the eight- or nine-month marathon that is a typical major league season. All who were surveyed said they felt the awkwardness of the restart, even in the middle of a pandemic, is nothing compared to what not playing at all would be like. After all, a teammate who keeps his distance can still be a good one. He just has to find other ways to do it.

"It's just great to be back with everyone," Schwarber said. "That's the biggest thing. Getting back to the work, getting back to that grind. That's overriding all this other stuff that makes it weird." 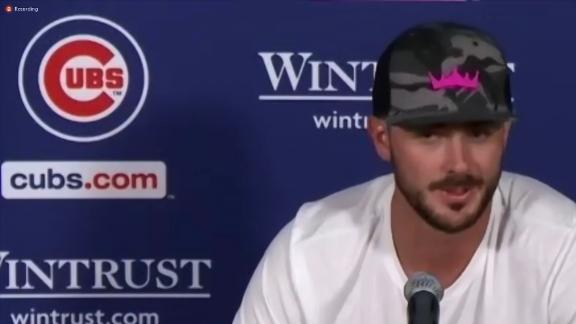