Mookie Betts to the Dodgers is done: Here's what you need to know 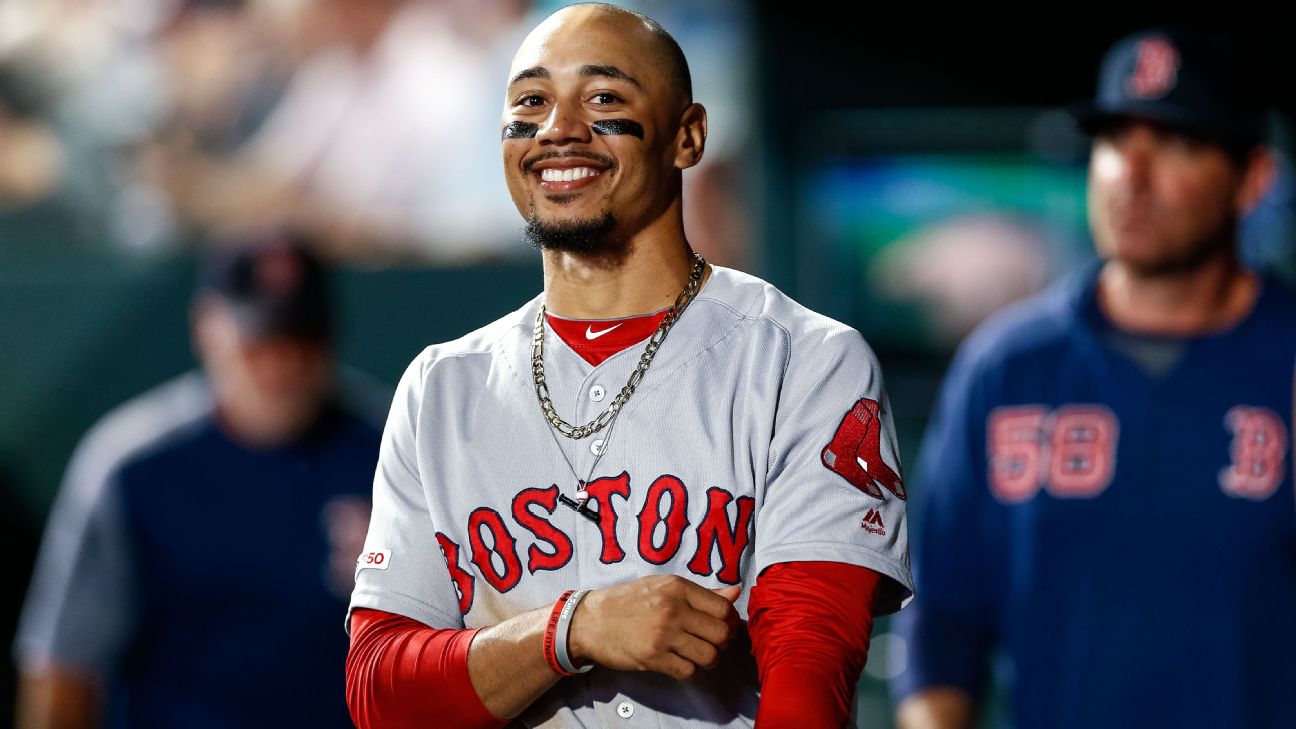 It looks like Mookie Betts will -- finally -- be flying west for spring training. The three-way trade that was to send Betts and David Price from theBoston Red Sox to the Los Angeles Dodgersis nowa two-team swap between Boston and Los Angeles, according to ESPN's Jeff Passan.

The new trade removes the Twins and pitcher Brusdar Graterol from the equation because of Boston's concerns about Graterol's medical reports. The Red Sox will instead send Betts, Price and cash to the Dodgers for outfielder Alex Verdugo, shortstop prospect Jeter Downs and catcher/infield prospect Connor Wong. The Dodgers and Twins completed a separate deal that sends Kenta Maeda to Minnesota for Graterol, a lower-level prospect and the 67th pick in this year's MLB draft.

Let's look at the new ramifications of one of the biggest offseason blockbuster trades in history.

What changed since Tuesday's version of the deal?

Simply, the Red Sox wanted out on Graterol after reviewing his medical reports. The hard-throwing right-hander missed the 2016 season after Tommy John surgery and missed time in the minors in 2019 because of shoulder problems, but his electrifying fastball got him to the big leagues in September. His fastball averaged 99 mph in 10 relief appearances, and he earned a spot on Minnesota's playoff roster. With the Twins unable to replace Graterol in the deal, the original part of the trade that sent Maeda to Minnesota was removed, and the Dodgers sent Downs and Wong to Boston in place of Graterol.

How did the Dodgers and Twins rework their part of the trade?

Maeda will still go from the Dodgers to the Twins, in exchange for Graterol, outfield prospect Luke Raley and the 67th pick in the 2020 draft. The Dodgers will also send cash to the Twins. Maeda makes $3.125 million in 2020 and is signed through 2023, with performance bonuses that could push his annual salary past $10 million if he pitches as much as he did in 2010 (26 games started, 153 innings).

Who is Jeter Downs?

Yes, he was named after Derek Jeter, and he's the better prospect of the two players the Red Sox acquired. The Reds drafted Downs 32nd overall in the 2017 draft out of a Miami high school, and the Dodgers nabbed him (and pitching prospect Josiah Gray) in the Yasiel Puig trade last offseason. Downs had a breakout season in the minors in 2019, hitting .276/.362/.526 in 107 games at Class A and 12 at Double-A, showing a well-rounded offensive game with 63 extra-base hits, 24 steals and 60 walks while keeping his strikeouts in check, with 107.

"Downs showed flashes of everything early in his career, but his in-game power took a step forward in 2019, when he hit 24 homers across high-A and Double-A. He's a fringy runner and defender at shortstop who probably fits best long-term at second base or third base, but he now projects to have above-average hit and power tools, so his bat will profile anywhere on an everyday basis. He could be ready for the big leagues as early as the second half of 2020."

Kiley on Wong: "This versatility was something the Dodgers have sought as a way to stretch roster spots with Austin Barnes, Will Smith and Kyle Farmer. Wong doesn't have big raw power but has learned to lift the ball well enough to do damage, with below-average contact skills and mostly average tools across the board. He profiles as a utility-type role player who could be ready as early as 2021."

Is Downs an equal prospect to Graterol?

This seems like a fair-value replacement, and depending on how you value talent, Downs might be the guy to prefer. In a general sense, Graterol is a riskier prospect because of concerns about his health and the possibility that he ends up in the bullpen, but he has the ceiling of a No. 2 starter. Downs probably has the higher floor, though his value is diminished a bit if he doesn't have the ability to stick at shortstop.

"Executives I polled just after the deal broke agreed that Downs is marginally more valuable than Graterol, without considering the confidential aspect of Graterol's medicals. My top-100 prospects list for ESPN is still in progress, but right now, Downs would be in the middle third of the top 100 and atop the Red Sox's prospect list. Graterol would be in the back third, along with first baseman Triston Casas, the top Red Sox prospect before this trade. Wong is a nice utility piece who somewhat uniquely plays multiple infield positions and catcher and could contribute relatively soon, but his value is dwarfed by Graterol and Downs. The Red Sox, according to most I've spoken with in the industry, upgraded their return in the reworked deal."

For what it's worth, MLB.com rated Downs No. 44 and Graterol No. 83 on its top-100 prospects list. Baseball America rated Graterol No. 60 and Downs No. 86 on its list. It seems the Red Sox did pretty well here, other than having to sub in a position player for a pitcher. Downs has to pass the Double-A test, and Rancho Cucamonga, where he played the bulk of last season, is a good hitting environment, but Downs' across-the-board results in his age-20 season were impressive.

What does this mean for the Joc Pederson trade to the Angels?

That deal apparently was a casualty of all the maneuvering, though details as to why aren't clear. The Dodgers still might want to move Pederson, who will make $7.75 million in his final year before free agency and is a bit of a spare part now. But he hit 36 home runs in 2019.

Does this change your opinion of the deal?

I actually like it a little more for the Red Sox, as I view Downs as a valuable asset. Even if he ends up at second base, it looks like he's going to hit, and the Sox don't have a long-term plan at second. Plus, I'm always wary of pitchers with Tommy John history and shoulder problems at age 21. Graterol threw 102 innings in 2018 and 71 in 2019, so we have no idea whether he can hold up with a starter's workload. Still, he has dominant closer potential, and given the Dodgers' need for relief help, it will be interesting to see whether they simply decide to stick him in the bullpen for 2020.

As much fun as it is to acquire Betts, it's worth noting that the Dodgers lost some of their depth from 2019. Gone from the rotation via free agency or trade are Hyun-Jin Ryu, Maeda and Rich Hill. That's 68 starts to replace, coming from a group that will include Price, Julio Urias, Tony Gonsolin, Dustin May and perhaps Graterol.

Still, much like the original three-way trade, this seems like a win-win-win: Everybody still got what they wanted. The Twins can now line up a top-four rotation of Jose Berrios, Jake Odorizzi, Maeda and Homer Bailey, with Michael Pineda returning from suspension in May. The Red Sox get under the luxury tax while adding a solid outfielder in Verdugo and long-term depth with Downs and Wong.

And the Dodgers? Well, they get Mookie Mania coming to Hollywood. 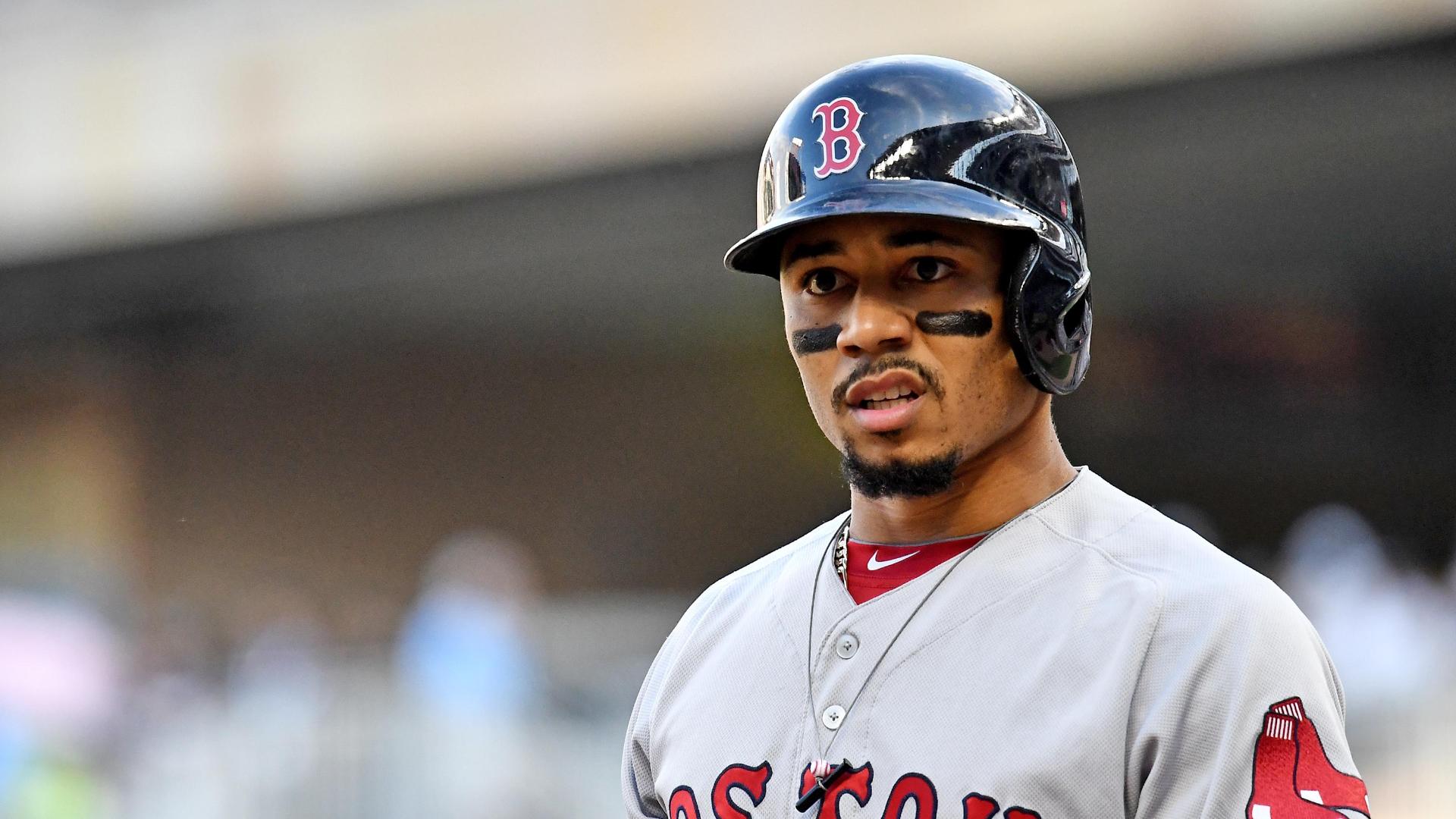 Are the Red Sox going to regret trading Betts?
Buster Olney weighs in on Boston's decision to trade Mookie Betts and whether it will lead to regret on their part. 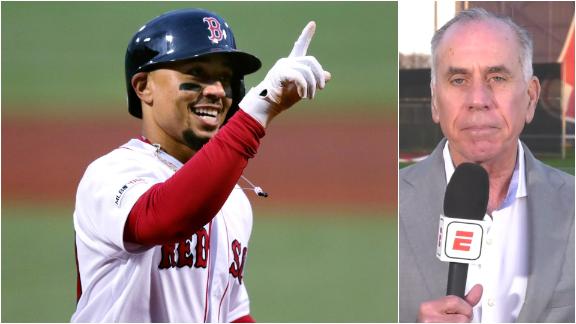 What does trading Betts, Price mean for the Red Sox in 2020?
Tim Kurkjian breaks down Boston's outlook for this season now that the team has traded Mookie Betts and David Price to the Dodgers. 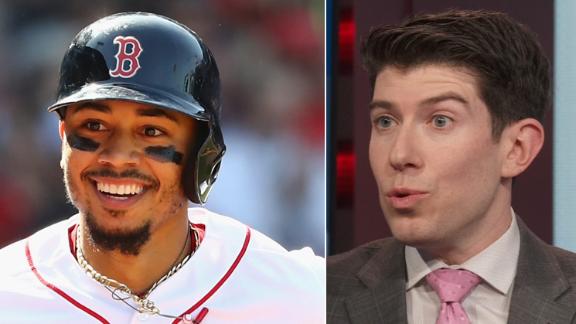