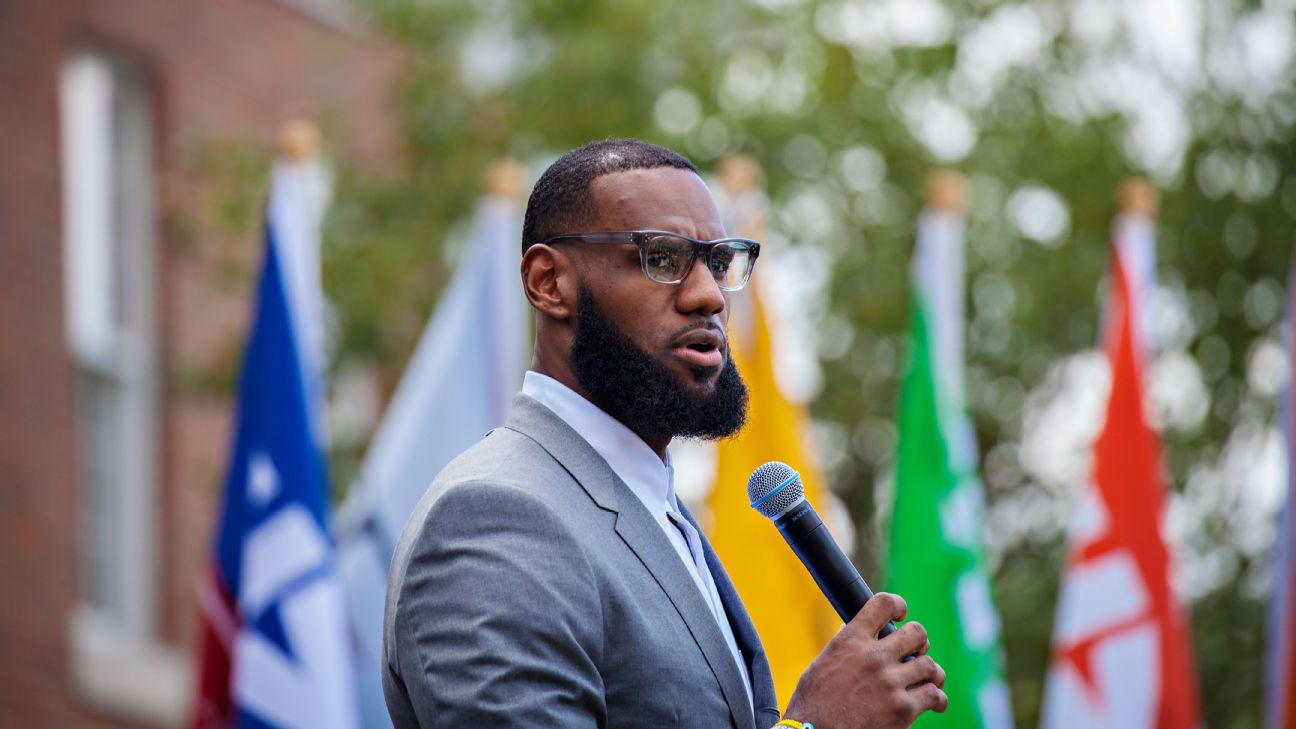 LeBron James hasn't responded to a shot about his intelligence from President Donald Trump, but Hall of Famer Michael Jordan and other fellow NBA players took to Twitter to defend him.

Trump took aim at James in a tweet on Friday night, days after an interview with CNN's Don Lemon aired in which the Los Angeles Lakers star said he felt that Trump was "using sports to kinda divide us."

Trump also appeared to take sides in the LeBron vs. Jordan debate, saying, "I like Mike!"

"I support LJ," Jordan said in the statement. "He's doing an amazing job for his community."

Other players from around the league, including Golden State'sStephen Curry, Minnesota's Karl-Anthony Towns and Utah's Donovan Mitchell, came to James' defense on social media after Trump's tweet.

Lakers owner Jeanie Buss said the franchise "could not be more proud to have LeBron James as part of our Lakers family."

"He is an incredibly thoughtful and intelligent leader and clearly appreciates the power that sports has to unite communities and inspire the world to be a better place," Buss said in a separate statement Saturday. "Those efforts should be celebrated by all."

Lemon, who conducted the interview with James, also weighed in.

The I Promise School is the culmination of nearly a decade of work by James' foundation, with its focus on educating children from challenging situations and backgrounds. The school will begin with two grades, third and fourth, with plans to expand in the coming years.

For those who complete the program, which has been operating for years, James has arranged for free tuition to the University of Akron starting in 2021. He also created a program for parents of the at-risk children to return to complete their high school educations, and he has planned an institute to help prepare high-school-age students for college.

In all, James and his foundation leaders hope that more than 1,200 children will pass through the program and into college by 2029.

First lady Melania Trump, in a statement issued Saturday by her spokesperson, said she would be open to visiting the I Promise School.

"It looks like LeBron James is working to do good things on behalf of our next generation," the statement issued by Stephanie Grisham said, "and just as she always has, the First Lady encourages everyone to have an open dialogue about issues facing children today."

President Trump traveled to Ohio on Saturday. He did not mention James during a campaign rally.