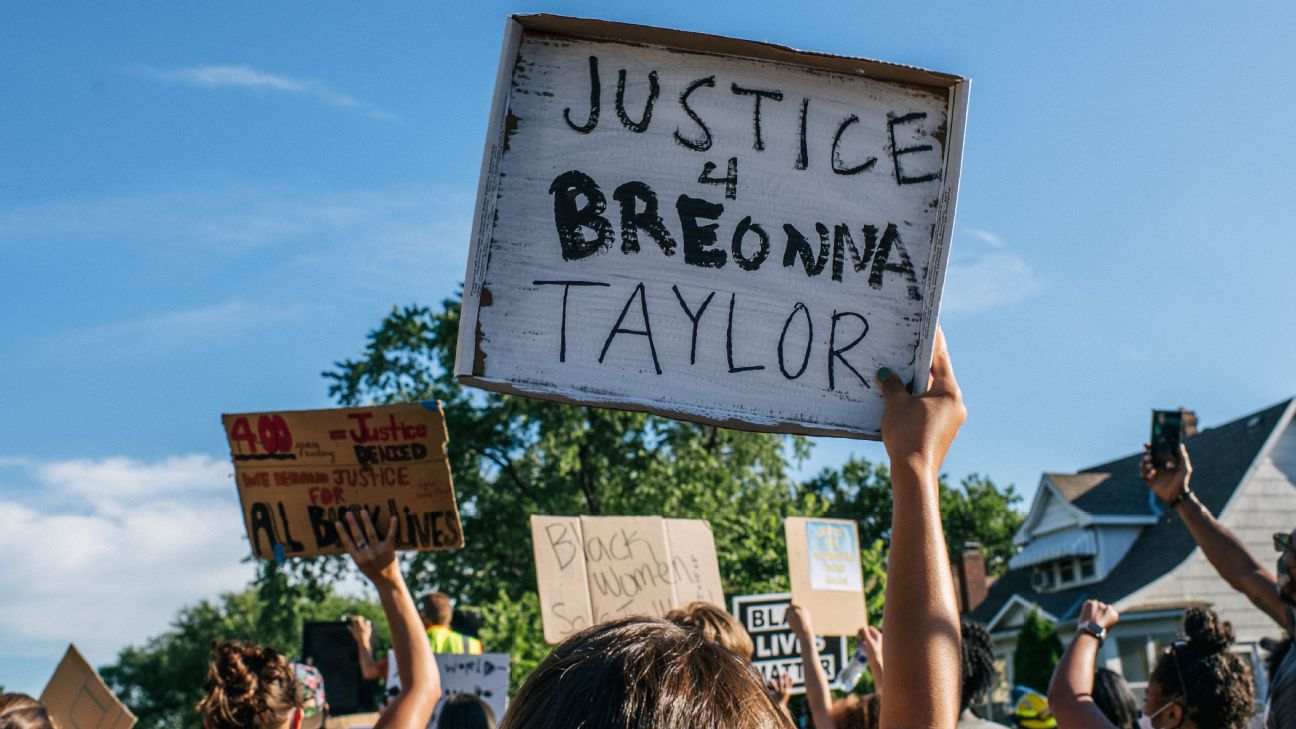 Los Angeles Lakers forward Kyle Kuzma spoke to the media for 6 minutes Wednesday -- addressing some reporters in person in Orlando, Florida, while others logged in on Zoom -- and was asked 10 questions.

Only one of the questions was geared toward social justice, and not long after the session finished, Kuzma asked media members in a tweet to put more priority on social justice when they speak to players as the NBA attempts to restart its season after a four-month hiatus because of the coronavirus pandemic.


One of Kuzma's teammates, Lakers guardAlex Caruso, took a similar tack Wednesday. After answering two questions about missing the wedding of his sister, Megan, over the weekend, Caruso told reporters where he wanted the subject matter to stay for the day.

"Outside of my sister's wedding questions, anything today that you ask of basketball, I'm just going to respond with, 'We need justice for Breonna Taylor,'" Caruso said.

"That's going to be my response to the rest of the questions if they're basketball-related and not pertaining to me and my sister's wedding."

Taylor has been a recurrent theme during interviews with players this week.

After the first scrimmage of the NBA restart on Wednesday, LA Clippers guard Paul George became the first player to use his entire postgame interview session with reporters to strictly discuss the deaths of Taylor and George Floyd and police brutality.

"[Shoulders] felt great, but I think most importantly, I take this time to give my condolences to the family of the Taylors, Breonna Taylor, rest in peace, George Floyd, rest in peace," George said. "There are so many others out there that have been brutally murdered by the hands of police. That is all I got -- that is my message for everyone and that will continue to be my answer."

George said players will do their best to keep talking about police brutality and Taylor's death.

Taylor, a Black emergency medical technician, was killed in Louisville, Kentucky, after plainclothes officers executed a "no-knock" warrant related to a narcotics investigation and shot the 26-year-old at least eight times, per reports. No drugs were found.

Taylor and her boyfriend, Kenneth Walker, were awoken by the officers who used a battering ram to enter her apartment shortly after midnight on March 13. Walker fired his gun, he said, in self-defense, believing that his home was being broken into. The police contend they fired their weapons only after Walker shot his.

Detective Brett Hankison was fired. Jon Mattingly and Myles Cosgrove, the other officers involved, were placed on administrative reassignment.

"I think that is what we are here for, to continue to keep that in the back of people's minds," George said. "I mean, her murderers are still free, so nothing is done yet. And hope to continue, again, keep this fight going and use our platform to stand up for those that can't stand anymore."


When asked if players in Orlando are talking to one another about using their platforms to focus on social justice causes such as Taylor's death, George said it is a topic discussed among his peers.

"We're here, we see each other, we're housed in the same areas -- it's very easy for us to come together and do this together, do this collectively," George said. "The NBA is a wonderful platform, and they've allowed us to use it and come together."

Utah Jazz star Donovan Mitchell started off his media availability on Wednesday by issuing a similar call for justice.

"First, I would like to start off -- guys have been saying it throughout the week, and I want to continue to spread the message -- we need justice for Breonna Taylor, we all understand she was killed in her own home; you know if there's a point where you can't feel safe in your own home, that's not right," Mitchell said.

Toronto RaptorsguardTerence Davisanswered a question Wednesday by saying, "We're united right now keeping the focus on Breonna Taylor's killers. That's what I want to keep the focus on. I can answer your questions postgame or anytime after we playing. Right now, just keep the focus on what's going on."

In the months that have passed since Taylor was killed, plenty of players also have used social media to express their outrage.

Kuzma tweeted about Taylor on Monday.

A few days before that,LeBron Jamesshared a message about Taylor to his 68.6 million Instagram followers.Denver Nuggets forward Jerami Grant was the first player in the NBA bubble to draw attention for dedicating his entire interview session to Taylor a week ago.

"It's great to be here with my teammates, great to be back playing basketball, but for me personally, and I think a lot of players, it's imperative that we focus on what is really important in the world," Grant said on July 15. "One thing for me is Breonna Taylor's killers are still roaming around free, so I want to focus on that with these interviews and things like that. I want to keep the focus there."

"Nothing against the T-shirts, but we want to make sure Daniel Cameron will arrest the cops and officers involved with Breonna Taylor's death," Harris said. "And that's all I've got to say. That is going to be my answer for every question. For Daniel Cameron to step up, and do what's right, and that's the only message I've got today."

The issue was also taken up byPortland Trail Blazersguard CJ McCollum, who said he was on a phone call with Taylor's mother to gather information about the case.

"I want to go on the record saying that Daniel Cameron is in a position to arrest the cops who are responsible for killing Breonna Taylor and still has not done that, so he's the one who's in the position to potentially do that," McCollum said Tuesday. "So we want to continue to uplift people like Breonna Taylor, who are victims and haven't received the proper justice that they are due."

McCollum also wanted to shift the conversation during the media session toward Taylor, rather than on the Blazers' playoff chances or rotation prospects.

"In terms of the other parts of your question, I think basketball is secondary," he said. "You know, it's our job, obviously, and gives us the possibility to fill those obligations, but it's also our obligation to fulfill and protect our neighborhoods and protect the people that look like us and come from places like us and don't exactly have the same voices that we do. So, I think that that's something that's been on all of our minds -- we've been very proactive about it."

The Professional Basketball Writers Association intends to cover the calls for social justice from NBA players as well as the games being played at the ESPN Wide World of Sports Complex in Orlando.

On July 7, during a meeting open to the entire PBWA membership, PBWA members decided to reach out proactively to the National Basketball Players Association to ask union officials if NBPA officers and other player members would be interested in holding additional videoconference interviews with reporters with an expressed focus on issues of social justice -- not basketball.

The PBWA and NPBA had a very promising initial discussion on July 9, league sources told ESPN, and PBWA officials are hopeful those sessions will occur. The notion of additional media availability to discuss societal issues was presented to the NBPA executive committee, sources told ESPN, and is under consideration.

When a Twitter follower suggested the idea of separate media availability times to tackle social justice issues to Kuzma on Wednesday, the third-year veteran countered, saying players receive the biggest audience when they are answering game-related questions after the final buzzer.

"The moment you all want to hear is postgame, so that's when there needs to be social injustice conversation," Kuzma tweeted. "If it was a separate presser, no one would pay attention." 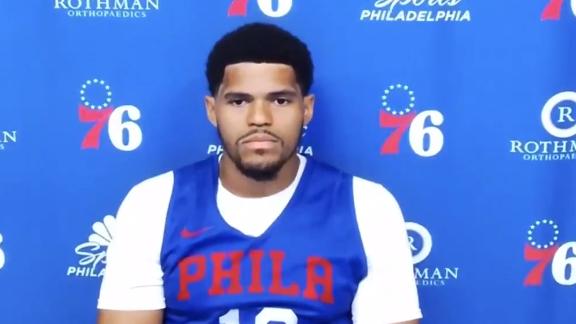