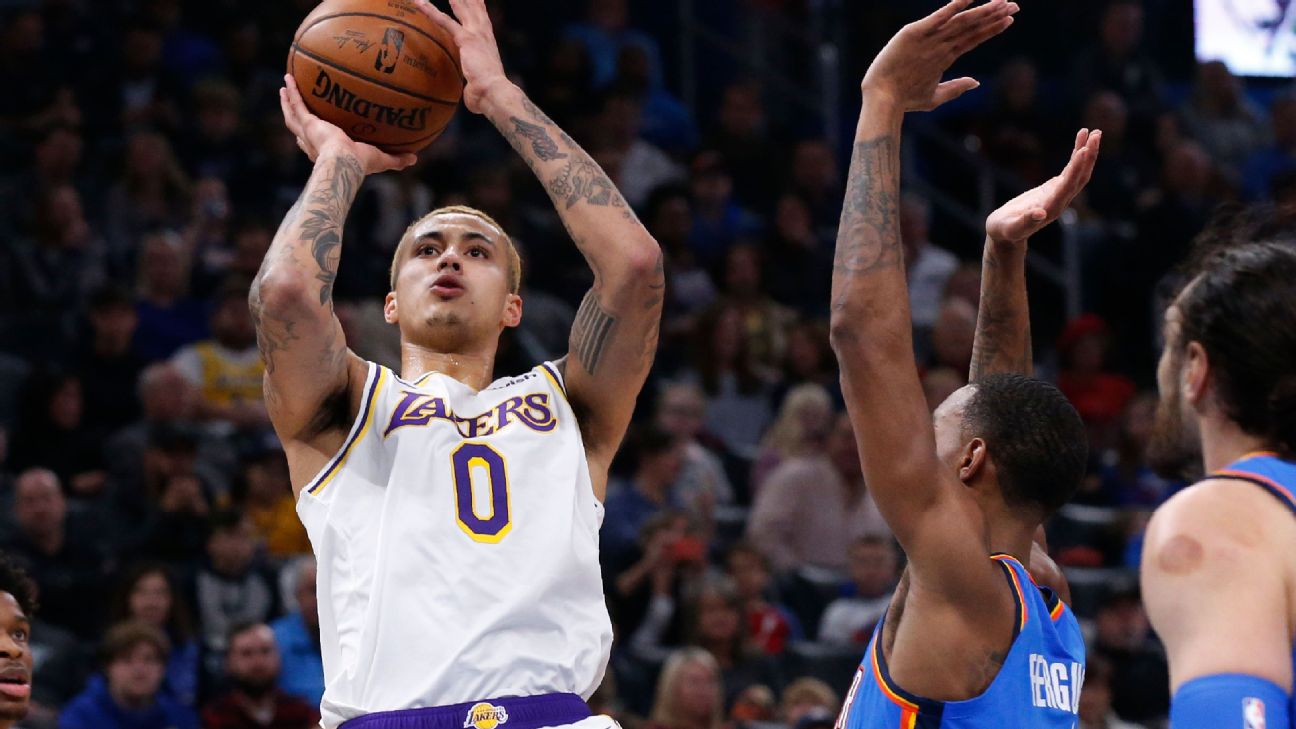 OKLAHOMA CITY -- With LeBron James and Anthony Davis sitting out the same game for the first time all season, there was a new big two for the Los Angeles Lakers in their 125-110 win Saturday over the Oklahoma City Thunder: Rajon Rondo and Kyle Kuzma.

The pair combined for 57 points -- 4.5 points more than James' and Davis' combined averages, mind you -- as L.A. led by as many as 32 points and extended its winning streak to eight games, taking down a Thunder team that came into the night having won 11 of its past 13.

"I knew it was going to be about another 54 extra shots, and Kuz was going to take 45 of those," Rondo, who scored a season-high 21 points to go with 12 rebounds and eight assists, deadpanned. "So I knew I was going to have at least nine more to get up and be a little aggressive."

Rondo started the game 6-for-6 in the first six minutes as the Lakers -- who had a group text message, following a lackluster win against the New York Knicks earlier in the week, imploring one another to dominate opponents and honor their group talents -- took control.

"Rondo set the tone for us," said Kuzma, who stayed up until nearly 5 a.m. talking with Rondo and several other teammates about basketball after getting into OKC well past midnight on Friday. "Going right at CP [Chris Paul]right out the gate, being a scorer."

And then Kuzma shut the door on any comeback designs the Thunder might have had, extending L.A.'s lead from 13 to 16 with 1 minute, 40 seconds remaining in the fourth quarter on a tough, pull-up 3 from 26 feet out.

"Ever since I was a kid, playing in open gyms at the YMCA, probably score is 10-10 or 11-11, I'm taking that shot," said Kuzma, who finished with 36 points. "So it's something that I just enjoy doing, and I'm confident in myself."

It's something James liked seeing, too, getting up from his seat at the end of the bench to greet Kuzma as he came off the court after his dagger from deep caused Oklahoma City to call timeout.

The performance by Kuzma came on the heels of scoring 26 points in a win against the Dallas Mavericks on Friday that Davis also missed -- which was Kuzma's season high until he surpassed it against the Thunder.

Lakers coach Frank Vogel was asked how much he's reading into Kuzma's breakout road trip, considering how up and down Kuzma's first couple of months of the season were after he entered training camp with a lingering left foot and ankle issue he suffered with USA Basketball in the summertime.

While Kuzma played the closer, Rondo's night cooled off. Rondo strained the fourth finger on his right hand in the first half -- the same hand on which he had two surgeries last season -- and required X-rays after the game that came back negative.

"That's probably why I missed my last 15 shots," said a self-deprecating Rondo, who shot 10-for-22 from the field (but did miss his last five 3-point attempts).

He was less playful when talking about the encounter he had with Paul -- with whom he got into a fight in the Lakers' home opener last season -- early in the third quarter. Paul was called for a common foul, and play ensued after an inbounds play.

"I just felt like if that was me, I would have been thrown out. Or it would have been a hell of a (thorough) review," said Rondo, who wouldn't detail the nature of the contact Paul made with him.

"It's in the past," he added. "I don't really want to talk about it. I don't think it was a clean play. But like I said, I guess it's reputation: his versus mine."

Rondo's tiff with Paul fit the theme for the night for L.A., as the Lakers' backup lineup came out with a point to make. It wasn't just Rondo and Kuzma scoring -- L.A. had seven players in double-digit scoring, including Quinn Cook (13 points) and Troy Daniels (12 points), who are both seldom-used reserves.

"Everybody on this team has something to prove," Kuzma said. "You know AD's trying to win a ring, Bron's trying to win in L.A., I'm trying to establish myself. ... [Go] down the line -- Dwight [Howard], redemption. Everyone's got something. [Alex] Caruso [making a name for himself]. So we don't take games lightly. ...

"We want to go out and dominate every game. We don't see why we can't win every game." 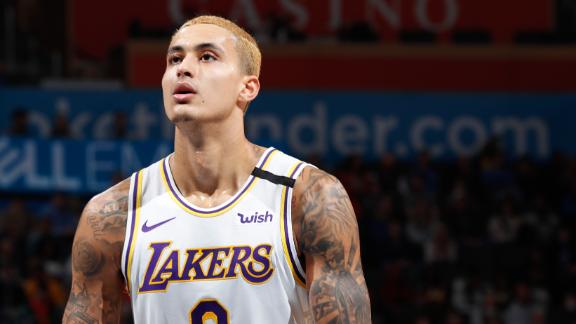