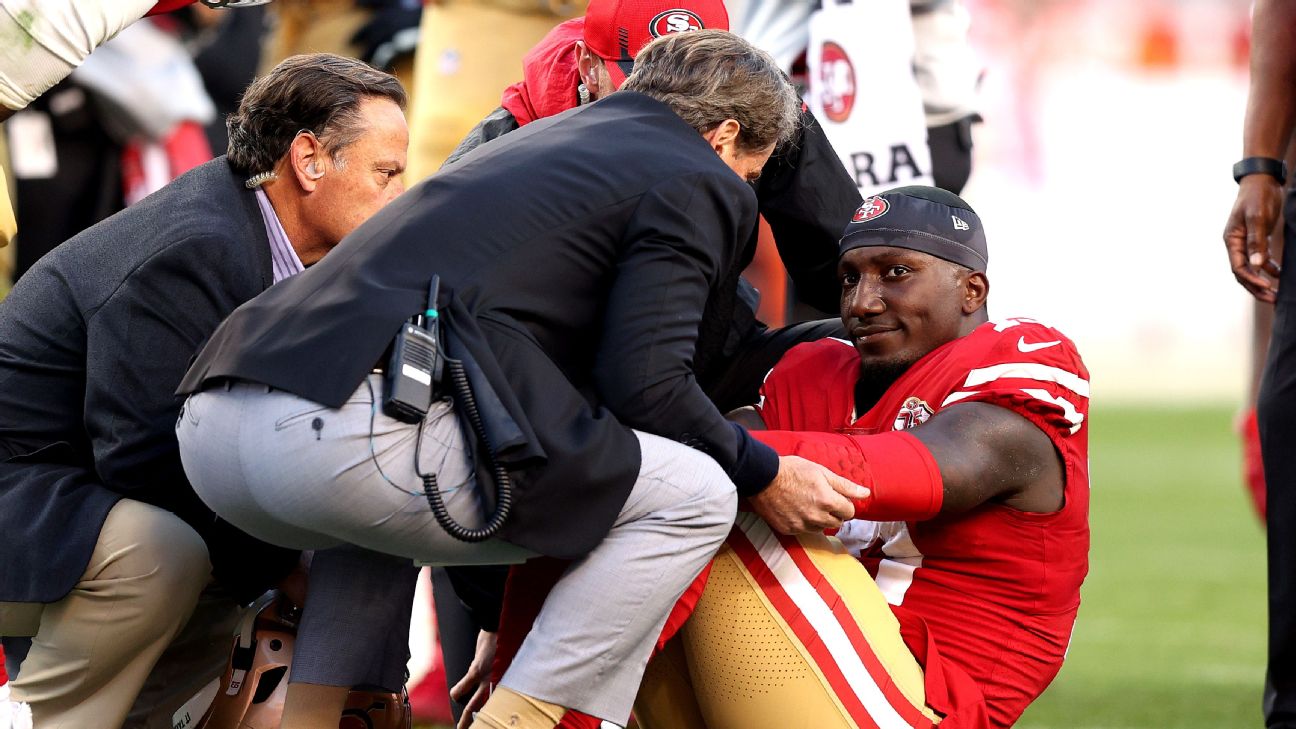 The race to the postseason is on as the NFL season enters its 14th week. Division games will be plentiful down the stretch, and this week's slate has seven such matchups on tap. Not to mention a Sunday battle between two Super Bowl contenders in the Buffalo Bills and Tampa Bay Buccaneers.

Meanwhile, the Los Angeles Chargers have COVID-19 issues, with receiversKeenan AllenandMike Williamsand cornerbackChris Harris Jr. landing on the reserve/COVID-19 list this week. As a result, their statuses for L.A.'s home game against the New York Giants are in jeopardy.

Luckily for the Chicago Bears, wide receiver Allen Robinson II is trending toward playing for the first time in three weeks after hurting a hamstring. Quarterback Justin Fields will be back under center for Chicagoon Sunday night after recovering from broken ribs. Running back Alvin Kamara of the New Orleans Saints also had a good week of practice, putting him in position to return after sitting out for over a month with a knee ailment.

That's only the beginning of the injury news around the NFL. Our reporters have the latest developments surrounding key players to help you prepare for kickoff.

Lotulelei has been ruled out of Sunday's game at the Tampa Bay Buccaneers because of a new toe injury. It will be the veteran's fifth missed game of the season and a major loss up front against a good Tampa Bay offense. The Bills' defense has given up 200-plus yards on the ground in two of the past three games. "I know [Lotulelei's] frustrated," coach Sean McDermott said. "Sometimes you have those seasons where things come up more than other seasons -- not only as an individual, but as a team. I think some of that is what he's dealing with, and we just want him to get as healthy as he can as soon as he can." -- Alaina Getzenberg

The Browns will be without Bryant, one of their three starting tight ends, against the Ravens on Sunday. Given that Cleveland runs multiple-tight-end sets as much as any team in the league, the Browns will have to reconfigure their offense -- especially if TEDavid Njoku (reserve/COVID-19 list) is out, as well. -- Jake Trotter

Pollard did not practice all week because of a partially torn plantar fascia and said he would be a game-time decision. His pregame warm-up will be telling, and with Ezekiel Elliott dealing with a knee injury, the Cowboys' running game could be hurt badly. It is possible Ito Smith could be called up from the practice squad as insurance with Corey Clement as the only healthy runner on the active roster. If Pollard plays, he could be limited as a kick returner and Cedrick Wilson could get some time there as well.-- Todd Archer


The Lions will have to rely on backups Jermar Jefferson and Godwin Igwebuike as their top rushing options with Swift sidelined for the second straight week and Jamaal Williams also out. Swift is by far the Lions' most dynamic offensive option. He suffered his shoulder sprain during the first half of the Lions' Thanksgiving Day loss to Chicago.

The Lions will take a huge hit if Hockenson isn't able to play -- his current status is listed as doubtful. He didn't participate in Thursday or Friday practice sessions, with only limited practice on Wednesday, coming off Detroit's first win of the season last week. Hockenson leads the team with 583 receiving yards and four touchdowns on 61 receptions.

Two days of practice were altered this week to limit the spread of the flu within the Lions organization. Now, safetyTracy Walker IIIand Williams were placed on the reserve/COVID-19 list, which is used for players who have tested positive or remain in quarantine for having close contact with someone who has tested positive for COVID-19.-- Eric Woodyard

Cooks was added to the injury report on Friday, which is never a good sign. He is listed as questionable for Sunday against the Seahawks. He's a favorite target of rookie quarterback Davis Mills, who will replace Tyrod Taylor as the Texans' starting quarterback for the rest of the season. -- Sarah Bishop

With Waller missing his second straight game after suffering back and left knee injuries at Dallas on Thanksgiving, Raider Nation again turns its lonely eyes to Foster Moreau. However, QB Derek Carr did not look his way all that often in last week's loss to Washington, in which Moreau got only one catch on three targets. But it was a big gainer for 34 yards. Moreau, who had no targets in the Raiders' most recent game against the Chiefs on Nov. 14 -- a 41-14 blowout loss -- has to be more involved in Kansas City. -- Paul Gutierrez

Moore, the Jets' best offensive player in recent weeks, has an outside chance of playing against the Saints. He didn't practice this week, and it's worth noting that no Jets player this season played in a game after missing all three practices that week. Still, the Jets, listing Moore as questionable, are holding out hope.-- Rich Cimini

Watt played only 25 of 70 defensive snaps Thursday night after injuring his groin in the first half. While the injury isn't thought to be serious, soft-tissue injuries are tricky, and his status for next Sunday's game against the Tennessee Titans isn't set in stone. Watt, though, wasn't the only outside linebacker to leave early against the Vikings. Fellow OLB Alex Highsmith exited in the third quarter with what was initially thought to be a knee injury, but coach Mike Tomlin said it was a quad issue. His status for the Titans game is also unclear, but the Steelers have the benefit of a long week before the next matchup. -- Brooke Pryor

Samuel did not participate in practice Wednesday or Thursday but was working on the side and appeared to be moving well. That, plus the Niners' lighter Friday practice, allowed him to be limited in Friday's session. Samuel is listed as questionable for Sunday against the Bengals. Coach Kyle Shanahan was hopeful that Samuel can play, but it will depend on how he looks on Saturday when he tests the injury. If Samuel can't go, the Niners would again turn to Trent Sherfield and Jauan Jennings to fill the void opposite Brandon Aiyuk.

Mitchell arrived at the Niners' facility on Monday with concussion symptoms after he'd been cleared during last week's game against Seattle. He did not practice all week and has officially been ruled out for Sunday's contest in Cincinnati. That leaves the running back duties to Jeff Wilson Jr. and JaMycal Hasty, with the potential for Deebo Samuel to get carries if he's able to make it back from his groin injury. -- Nick Wagoner

The Seahawks won't be elevating Peterson from their practice squad for Sunday's game at Houston, per coach Pete Carroll. He's dealing with a "lower-back issue" that popped up this week after Peterson scored a touchdown in his Seattle debut last week. The Seahawks might not have needed him this week anyway. Starter Alex Collins is back after sitting out last week's game. With Travis Homer ruled out, Collins and Rashaad Penny should be Seattle's top two options, with DeeJay Dallas filling the No. 3 role at Houston.-- Brady Henderson

Collins is listed as questionable, but he said Thursday that his injured foot, which was stepped on the previous week, was around 90% healed. In fact, he was dancing on the field as he was stretching Friday -- clearly feeling good. It would be surprising if he didn't play Sunday vs. Dallas, which would allow Washington to keep using its three-safety alignment, a critical part of its defensive resurgence.

McKissic missed last week with a concussion but has done more work this week in practice, albeit at a limited level. However, at best, it's 50-50 whether he'll play vs. Dallas, and those odds might be optimistic. This would be a blow to Washington's third-down passing if he doesn't play. Washington can use Antonio Gibson in some third-down packages because of his receiving skills. Last week, it used Wendell Smallwood off the practice squad to help in this role.-- John Keim 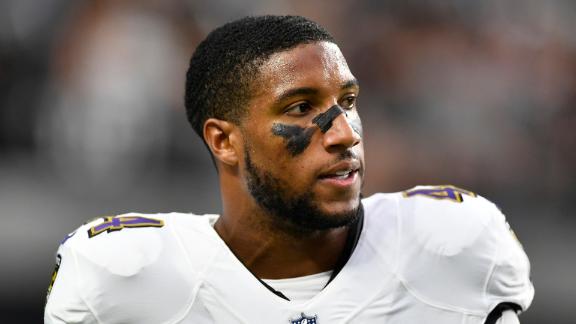