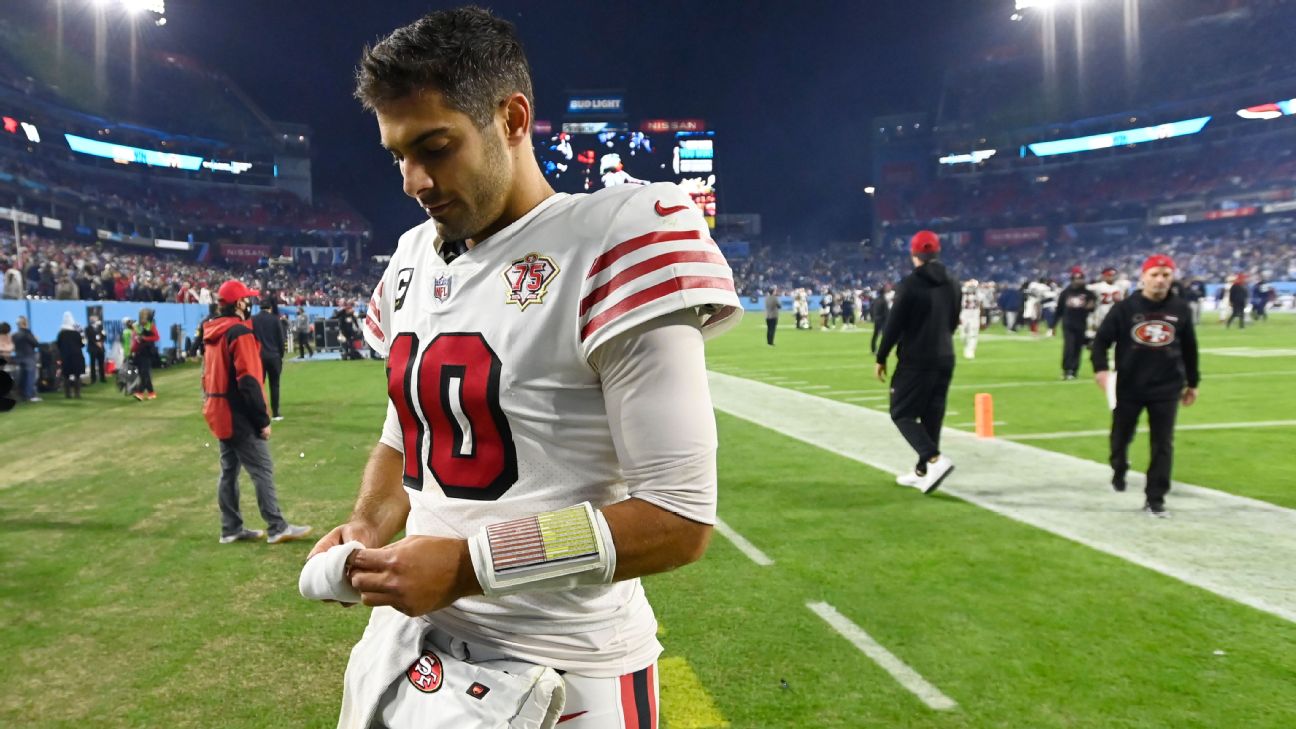 Week 17 of the NFL season is here. Six teams have already clinched a postseason berth, which leaves eight remaining playoff spots. As squads try to make a late-season push, they have to deal with injuries and players in COVID-19 protocols.

The Minnesota Vikings won't have receiver Adam Thielen for the rest of the season, as he was placed on the injured reserve list after undergoing ankle surgery. QuarterbackKirk Cousins will miss Sunday's game against the Green Bay Packers after being placed on the reserve/COVID-19 list on Friday. On a positive note, running back Dalvin Cook returned to the team this week after being on the list.


Meanwhile, the Indianapolis Coltsactivated quarterback Carson Wentzfrom the reserve/COVID-19 list Saturday. He still needs to show "resolved or improved" symptoms before he is allowed to play against the visitingLas Vegas Raiderson Sunday, per the NFL's new policy. He had been in the league's coronavirus protocols for most of the week after testing positive for COVID-19.

The Baltimore Ravens saw quarterback Lamar Jackson return to practice on Wednesday, but his status for Sunday's game against the Los Angeles Rams is still questionableafter missing practice on Thursday and Friday. He's missed the last two games because of an ankle injury he suffered in Week 14 against the Cleveland Browns. The Kansas City Chiefs got tight end Travis Kelce back from the reserve/COVID-19 list this week, but running back Clyde Edwards-Helaire is out Sunday against the Cincinnati Bengals because of a shoulder injury.

Our NFL reporters have the latest injury and COVID-19 updates for big-name players heading into the 16-game slate.

Moreau, one of the Falcons' starting cornerbacks, is doubtful after not practicing all week with an injury to his ribs. Considering Atlanta is facing one of the better passing attacks in the league, the Falcons could have some issues if Moreau doesn't play. They could turn to rookie Darren Hall or veteran Kendall Sheffield, who played over 60% of the defensive snaps in 2019 and 2020 but has not played a down on defense this season, to replace Moreau. -- Michael Rothstein

Jackson is officially listed as questionable, but he's had that designation the past two weeks and hasn't played. When Jackson returned to practice Wednesday -- his first time on the field in 17 days -- he limped badly and had trouble even jogging. Sunday's game against the Rams is essentially a must-win, and the Ravens could really use Jackson. But it's been trending toward Tyler Huntley starting for the past couple of days.-- Jamison Hensley

Sanders missed the Bills' win over the Carolina Panthers two weeks ago with a knee sprain, but returned for the win over the New England Patriots in Week 16. After being limited in walk-thru Wednesday, Sanders missed practice Thursday and Friday with a knee injury. He is officially questionable for Sunday's game against the Atlanta Falcons. If he can't go, the Bills' wide receiver group will receive a boost from the return of Cole Beasley and Gabriel Davis from the reserve/COVID-19 list.

Oliver was limited all week with an ankle injury and is questionable for the game against the Falcons. He appears more likely to go than Sanders, but if he were to miss his first game of the season, the Bills will be down one of their best defensive linemen. Oliver has put together a strong season and has been disruptive consistently. -- Alaina Getzenberg

Smith has missed five games this season with a left ankle issue, but he went through a full week of practice and has no injury designation for Sunday's game. That's a plus for a number of reasons, starting with the fact that Cardinals star pass-rusherChandler Jones will be lined up against him. Smith has played well when healthy and earned a Pro Bowl berth. His return, plus the growing confidence of the entire offense coming off the Washington game has the Cowboys in a good place. Mike McCarthy said this might be as healthy of a team as he has had in his career this late in the season when not factoring in the reserve/COVID-19 list. -- Todd Archer

Goff is listed as doubtful for the Lions' final road game of the regular season at Seattle with a knee injury. Goff missed practice this week, and backupTim Boyle is set to start again if he can't play. This could be the second consecutive game Goff has missed, as he didn't play last week against Atlanta after testing positive for COVID-19. -- Eric Woodyard

Carr was injured on a strip-sack last week. He didn't miss a snap in the game after going in the blue medical tent. He didn't miss practice all week, and interim coach Rich Bisaccia said Carr "looked good."

Still, the Raiders did activate backup Marcus Mariota from the reserve/COVID-19 list on Friday. So if the ribs flare up against the Colts, Las Vegas has more of a dual threat at its disposal in Mariota than it did with Nathan Peterman. -- Paul Gutierrez

Agholor will miss his second straight game, as he has already been ruled out. He didn't practice all week as a result of the hit he took from Colts LB Darius Leonard in a Dec. 18 loss. N'Keal Harry, the 2019 first-round pick who hasn't risen to the expectations of his draft slot, was his top replacement last week. It will be intriguing to see if the Patriots explore other options this week after Harry had a tough drop last week. -- Mike Reiss

Williams has emerged as one of the NFL's top free safeties and a key to the Saints' standout defense (which is why the Saints used the franchise tag on him this year). After being on the reserve/COVID-19 list this week, he was activated on Saturday. His potential return could add to the team's depth at safety, which already includesMalcolm Jenkins, C.J. Gardner-Johnson and P.J. Williams.

Like Williams, McCoy was activated Saturday within the five-day window. He's been a part of a offensive line group that's struggled this year because of a rash of injuries to tackles Terron Armstead and Ryan Ramczyk and guard Andrus Peat. Armstead has a chance to return from his knee injury this week (he's questionable). His availability could aid a Saints team looking for bounce-back win against the Panthers.-- Mike Triplett

Crowder is expected to miss his second straight game, meaning Braxton Berrios once again will have a significant role as the slot receiver. Berrios had six targets and five catches last week. Rookie WR Elijah Moore (quad) remains on injured reserve after early-week hope that he'd be activated. All that means rookie QB Zach Wilson will be without his three starting receivers again. -- Rich Cimini

Howard is questionable for the Washington game after being limited in practice for most of the week with a stinger. Coach Nick Sirianni expressed optimism that he'll be able to play. With Miles Sanders out with a fractured hand, bigger roles will likely be in store for Boston Scott and rookie Kenneth Gainwell. -- Tim McManus

Garoppolo is officially listed as doubtful for Sunday against the Texans as he works his way back from a right thumb injury. Coach Kyle Shanahan declined to name rookie Trey Lance the starter and said the team decided to rest Garoppolo all week before testing his throwing thumb on Saturday. The team's quarterback decision will be made depending on how that goes. Nate Sudfeld will be called up from the practice squad as additional quarterback insurance.-- Nick Wagoner

Mitchell finally got back to practice this week and made enough strides toward a return that he's listed as questionable for Sunday against Houston. Coach Kyle Shanahan said Mitchell had a good week and seems to be trending toward playing and having a role in the offense.

"We'll play Elijah as much as he can handle, so that's about watching him, watching how his legs work, communicating with him, which is really what Bobby [Turner] does throughout the game," Shanahan said. "And when he's tired, if he's going, Bobby doesn't hesitate, he puts Jeff [Wilson] in there and we have a number of guys we can put in there." -- Nick Wagoner

The Seahawks list Collins as questionable for Sunday's game against Detroit. He was limited in Seattle's first two practices of the week and a nonparticipant Friday. Rashaad Penny, who's had the two best games of his career over the last three weeks, is expected to start again either way. But Collins' availability impacts the backfield rotation. The team also has DeeJay Dallas and Travis Homer on its 53-man roster. Adrian Peterson was on the Seahawks' practice squad but just went on IR.-- Brady Henderson

Evans suffered a hamstring strain in Week 15 and missed last week's practices. He was also placed on the reserve/COVID-19 list this week but came off of it Friday and practiced with the team in a limited capacity. He's officially questionable for Sunday. Keep in mind -- the long-term goal is his return to health for the postseason. If they can beat the Jets without him, why risk it?

Bucs interim head coach Harold Goodwin said Brown tweaked his ankle last week in his 10-catch, 101-yard receiving performance against the Panthers. He participated in Wednesday's walkthrough but sat out Thursday and Friday practices. The injury had already shelved him for several weeks this season. He's questionable for Sunday. Like Evans, his health for the postseason is the priority, and they must balance that with the desire to try to move up in seeding. There's no question how significant his impact is on third down, though. -- Jenna Laine

Samuel is listed as questionable with a hamstring injury, yet another issue he's had to deal with in what has become a lost season for him. With so many players injured, Washington could use a lot more from Samuel. He was limited in practice this week and on Friday was not among the receivers catching passes in the red zone -- often a sign of who will play a role Sunday. Samuel did not play in last Sunday's loss at Dallas. -- John Keim 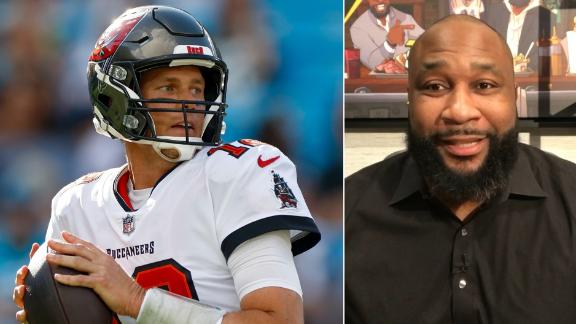