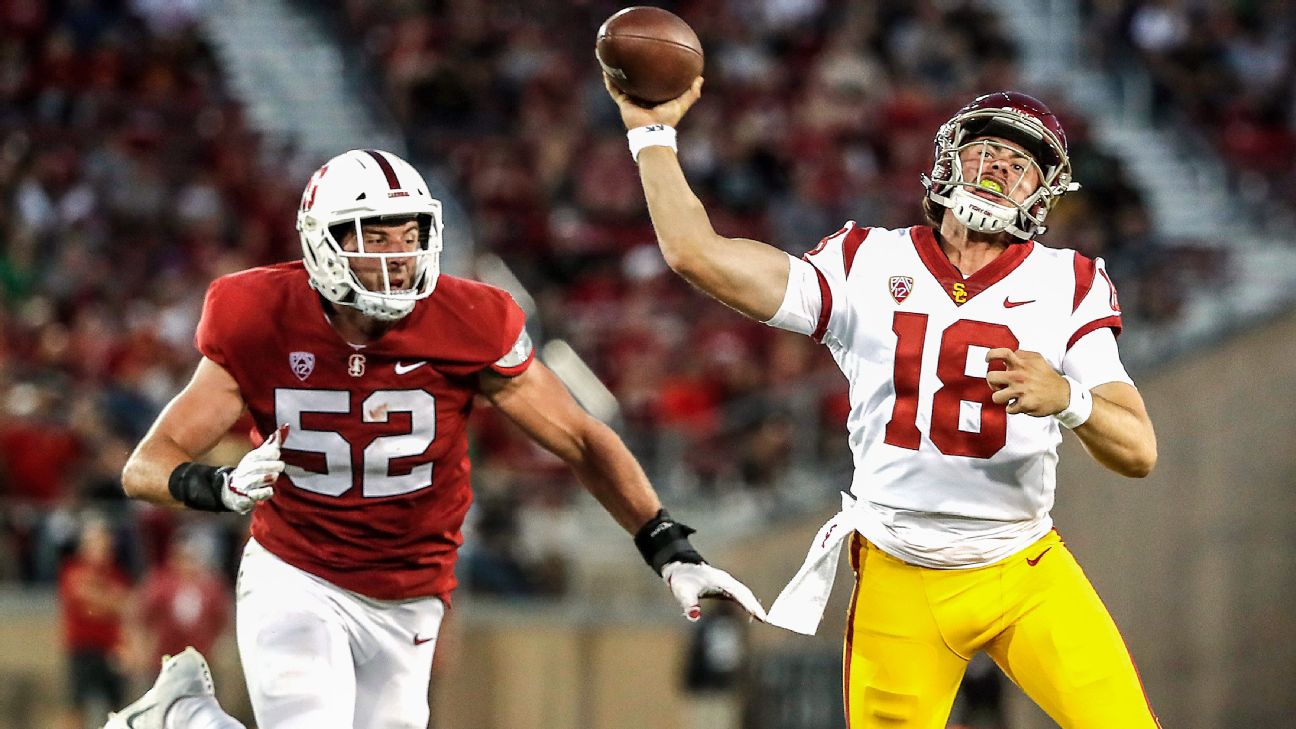 SAN FRANCISCO -- In the wake of a report that Pac-12 leadership has influenced decision-making during the replay process of football games, commissioner Larry Scott announced an immediate change that will prevent any real-time involvement from conference leadership moving forward.

An instant-replay booth report obtained by Yahoo Sports said a "third party" "did not agree" with the booth's and the command center's decision to call targeting in the USC-Washington State game on Sept. 21, resulting in targeting not being called.

Yahoo identified that third-party as Woodie Dixon, the Pac-12's general counsel and senior vice president of business affairs, whose involvement was confirmed Thursday by Scott at the conference's Pac-12 men's basketball media day.

Scott indicated there would be no punishment for anyone involved in the process and that the policy change "is the most significant, strong response" he could imagine at this stage. He said he was confident there was "no mal-intent" by those involved and that Dixon, who oversees football for the Pac-12, did not believe he was dictating to the replay official what call should be made.

The play in question happened late in the third quarter of the Trojans' 39-36 victory when Washington State linebacker Logan Tago made helmet-to-helmet contact with USC quarterback JT Daniels after Daniels had taken a knee and was in a defenseless position.

Officials on the field called Tago for roughing the passer with no targeting before it was sent to the replay booth and the command center in San Francisco for further review.

"Both the replay booth and the Command Center agreed this was a targeting foul but unfortunately a third party did not agree so the targeting was removed and we went with the ruling on the field of RPS [roughing the passer] with no targeting," said the internal report, which was written by replay official Gary McNanna and obtained by Yahoo Sports. "This didn't play well on TV. Reversed my stoppage for TGT [targeting] to not TGT."

Scott was unable to quantify how often conference leadership has been involved with the replay process in the past.

Another head-to-head hit in that same game between USC linebacker Porter Gustin and Washington State quarterback Gardner Minshew resulted in a non-penalty that did not reach the review stage for replay officials. If called, Washington State would have had a first-and-goal situation from the 10-yard line with 2:40 remaining in the game.

Had targeting been called on Tago and Gustin, they would have been ejected from the game.

The following day, Scott told The Associated Press that the Gustin hit "was a very, very close one, no doubt about it." He later said his comments were misinterpreted and he was trying to explain that every play is reviewed in real time, even if the action on the field is not halted, so referees calling that game can take another look.

Scott said he had checked with Pac-12 officials to make sure that process was completed correctly, and it was.

No targeting penalty on hit to USC QB's head
Washington State's Logan Tago hit USC QB JT Daniels in the head on a play earlier this season but no targeting was called.