Pete Carroll plans to continue coaching 'as long as it's fun' 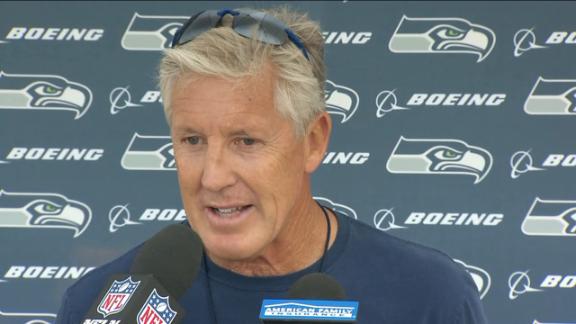 RENTON, Wash. -- Seattle Seahawks coach Pete Carroll, who turns 65 in September and is the oldest coach in the NFL, said Saturday that he has no plans to make his most recent contract his last one.

Carroll signed a three-year extension earlier this week that will keep him with the Seahawks through the 2019 season.

"That's just the next stop along the way," Carroll said. "I know you guys keep wanting to know, 'How long is he going to coach?' or whatever.

"I've got no end to this. I don't see it. I'm just going for it. I'm going to go as long as it's fun and it's good and we're winning games and all that. I don't feel any different than I've felt. As a matter a fact, I feel better. I'm under my playing weight. I'm in great shape. I'm ready to go."

Carroll was asked if it's at least fair to say that Seattle will be his final coaching stop.