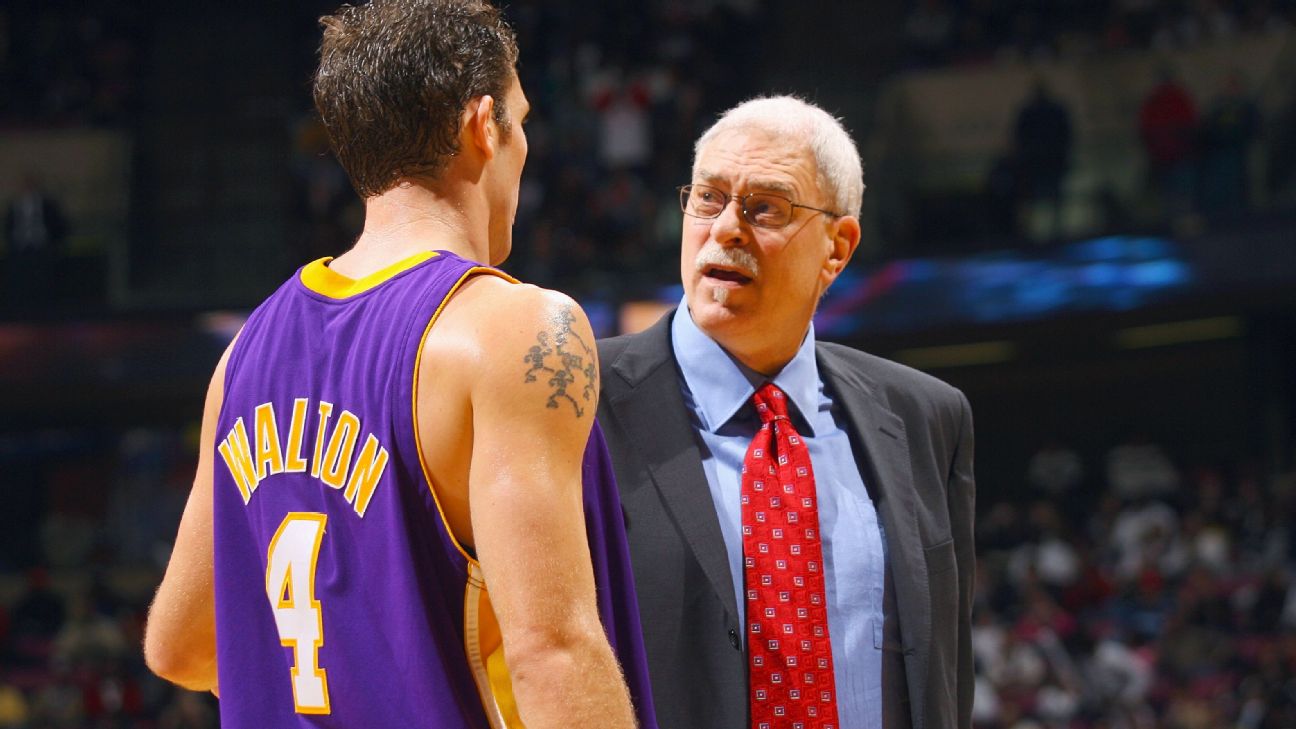 It was the first time Jackson has been seen by the media at the facility over the past two seasons. The team said its former coach just stopped by.

Jackson still has several ties to the organization. Lakers controlling owner and governor Jeanie Buss posted a photo of her having dinner with Jackson, Kurt Rambis and his wife, Linda, in Manhattan Beach in early November. Rambis rejoined the organization in September as a senior basketball adviser to president of basketball operationsMagic Johnson.

Jackson is a regular guest at the Lakers offices and has "an open door" to stop by any time he's in Los Angeles, sources said. He still has close relationships with several Lakers staffers, including coach Luke Walton and G-League coach Coby Karl.

Walton, who has kept in touch with Jackson and at times solicits advice from his mentor, said he didn't know his former coach was at the facility until media members pointed at Jackson, who was seated in a balcony above the court.

"I have not talked to Phil today, no, but if that's him, I'll head upstairs," Walton said. "... Even the one year I semi-retired, Phil's someone I like to stay in constant communication with."

LeBron Jamessaid at shootaround Thursday that he hasn't had any interaction with Jackson since signing with the Lakers.