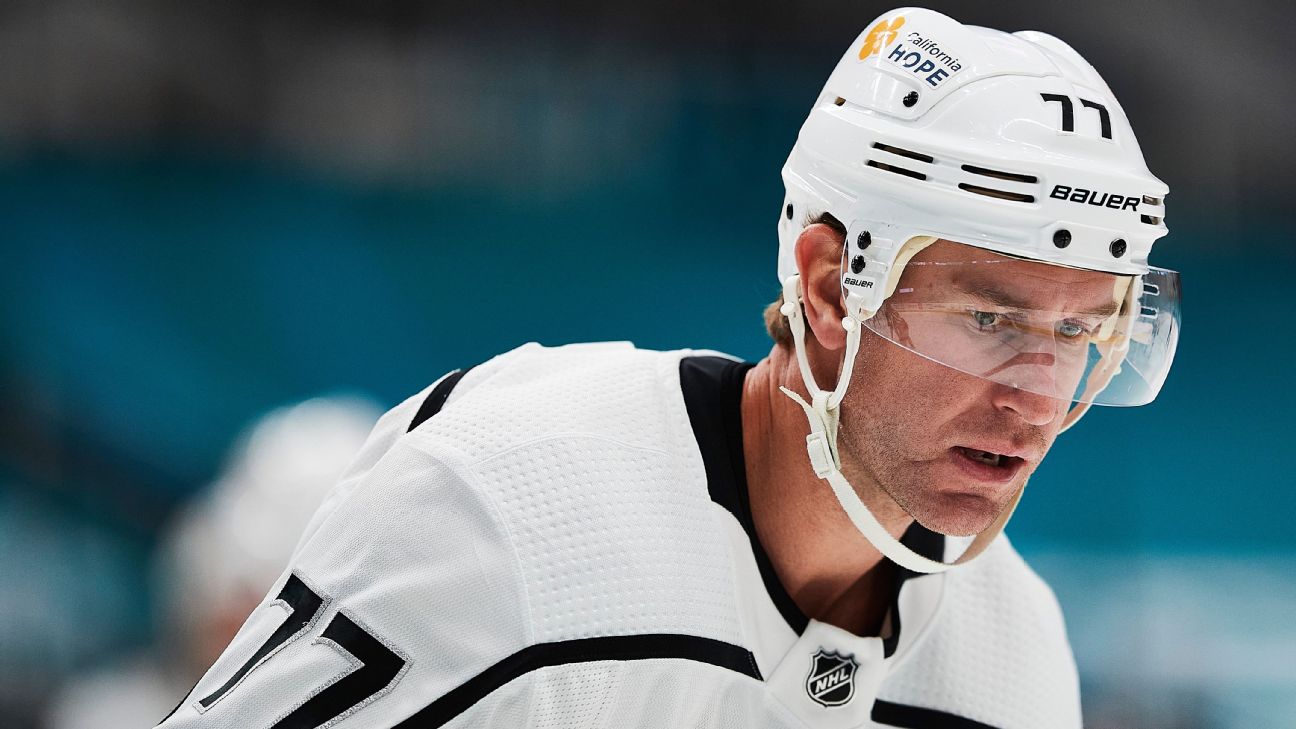 The Los Angeles Kings traded forward Jeff Carter to the Pittsburgh Penguins in exchange for a 2022 conditional third-round pick and a 2023 conditional fourth-round pick, the teams announced Sunday night.


A two-time Stanley Cup champion with the Kings, in 2012 and 2014, Carter is tied for 10th on the franchise list in all-time goals and ranks first in overtime goals.

He has spent the past nine-plus years of his 16-year NHL career in Los Angeles. He also played for the Columbus Blue Jackets and Philadelphia Flyers, who drafted him 11th overall in 2003 when current Penguins general managerRon Hextall was the Flyers' director of player personnel. Hextall was also an assistant GM with the Kings for seven seasons, including their 2012 Stanley Cup-winning season.

The Kings, who had lost seven of nine games before Saturday's win at the San Jose Sharks, are currently six points out of a playoff spot with 16 games left.


The Penguins, at 27-13-2, are third in the East Division, but just two points behind division leaders theWashington Capitals and New York Islanders.

Pittsburgh doesn't next play until Thursday and enters a soft spot in its schedule with the Penguins' next six games coming against the three worst teams in the East Division.