P.J. Fleck named Minnesota coach: 'I am here to change the culture' 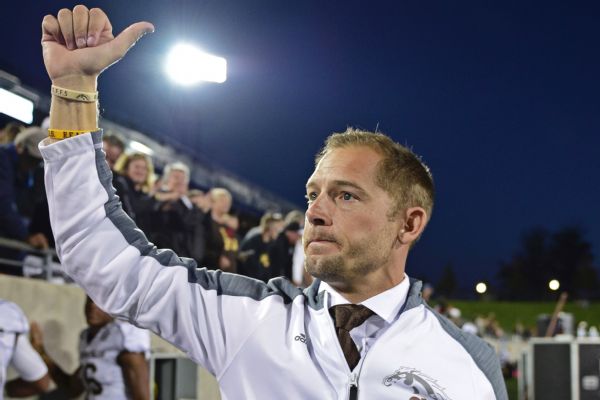 P.J. Fleck is leavingWestern Michiganto take over aMinnesota football program reeling from a threatened player boycott of a bowl game and the handling of a sexual-assault investigation.

Fleck, 36, will receive a five-year deal to be head coach at Minnesota, the school announced Friday. The contract is worth $18.5 million, according to the Minneapolis Star Tribune.

Minnesota athletic director Mark Coyle said Friday that he was bringing in Fleck in hopes that his seemingly boundless enthusiasm will help unite a program and school that have been fractured over the past month.

Fleck's hiring comes just three days after Minnesota fired coach Tracy Claeys and just more than two weeks after the football program became embroiled in a standoff with administration over the suspension of 10 players in connection with allegations of sexual assault.

Coyle said he made the decision to fire Claeys to "address challenges in recruiting, ticket sales and the culture of the program. We need strong leadership to take Gopher football to the next level and address these challenges."

Coyle needed to quickly find a replacement who could plunge into recruiting, and he found someone he hopes can help bridge the deep divisions that remain between the team and school leaders while breathing new life into a program with a dwindling season-ticket base. Coyle and university president Eric Kaler flew to Chicago on Wednesday for meetings. The two sides reached an agreement two days later.

"The thing that jumps out to me is his authentic energy and his passion," Coyle said. "I think that excites people. And obviously we want to attract fans back.''

Fleck said he had not had much time in the past 48 fast-moving hours to look into the complex issues at Minnesota, but he said he was not going to let the past influence what happens going forward.

"I eat difficult conversations for breakfast, and that's why I took the job," Fleck said.

Now Fleck has little time to waste in beginning to repair a fractured program.

Players threatened in December to boycott the National Funding Holiday Bowl after expressing reservations about the university's investigation that led to the suspension of their teammates.

Some were accused of pressuring a woman into sex during a party after the team's season-opening win over Oregon State. Many players continue to be upset with Coyle and Kaler for how the situation was handled, and Coyle acknowledged his frustration over federal privacy laws that prevented him from communicating more with a confused team.

That issue isn't going away soon, with appeals hearings for the 10 players expected to be held this month.

"I get they're upset. I get they're frustrated. I understand that," Coyle said Tuesday. "It's our job to find a leader who will take this program forward and unite all of them in one direction, one goal."

One underclassman Gophers player told McMurphy he wasn't sure whether the players would embrace Fleck.

"Guys don't want to take it out on the new staff, but we still really don't like the administration," the player said.

Kaler told the Star Tribune on Friday that criticism "comes with the territory" of being a university president, and he continued to stand by his handling of the situation.

"If you don't have thick skin and can't weather a storm, then you can't be an effective university president," Kaler said. "In this particular case, we made all the right decisions. We wound up with a new football coach who will be tremendous. And we've stood up for the victims of sexual violence. If I get fired for standing up for victims of sexual violence, then so be it."

Fleck guided the Broncos to a 13-1 record this season and a spot in the Goodyear Cotton Bowl Classic, where they lost 24-16 to Wisconsin.

Fleck was 30-22 in four years at Western Michigan, with three bowl appearances. His relentless, youthful energy and motivational team motto "Row the boat!" helped push the Broncos into the national spotlight this fall, with the campus and city of Kalamazoo abuzz over a program that had never before won more than nine games in a season.

Fleck promised to push a program that has been largely irrelevant for the past 50 years to compete for Big Ten titles and national championships.

"I'm going to promise you a lot, because that's the way I live my life," he said. "When you watch Gopher football, it will be different from this point forward. ... I am different.''

Fleck, a star receiver at Northern Illinois who played briefly in the NFL for the San Francisco 49ers, had been an assistant coach at his alma mater, Ohio State, Rutgers and in 2012 for the Tampa Bay Buccaneers before taking over the Broncos.

The Gophers reached out to Penn State offensive coordinator Joe Moorhead but were turned down early in the process, two people with knowledge of the situation told The Associated Press. They spoke on condition of anonymity because Minnesota was not commenting publicly on its search.

Mid-American Conference coaches have been plucked by Big Ten teams several times before, with mixed success. Tim Beckman started at Illinois in 2012 after leaving Toledo, and he was fired after a 12-25 record over three seasons amid allegations of player mistreatment. Darrell Hazell left Kent State to join Purdue in 2013. The Boilermakers went 9-33 before he was fired halfway through his fourth season.

Ohio State's Urban Meyer launched his career at Bowling Green, but he had stops at Utah and Florida in between. Jerry Kill, the predecessor to Claeys, left Northern Illinois for the Gophers six years ago and went a respectable 29-29 before epilepsy forced his retirement.

When Coyle announced his decision to fire Claeys, who led the Gophers to a 9-4 record and a win over Washington State in the Holiday Bowl, the athletic director was applauded by victims' rights advocates and many academics at the university for responding emphatically to troubling allegations.

He also was criticized by some donors, alumni and players for reacting too harshly after Hennepin County twice cited a lack of evidence as the reason for declining to press charges. 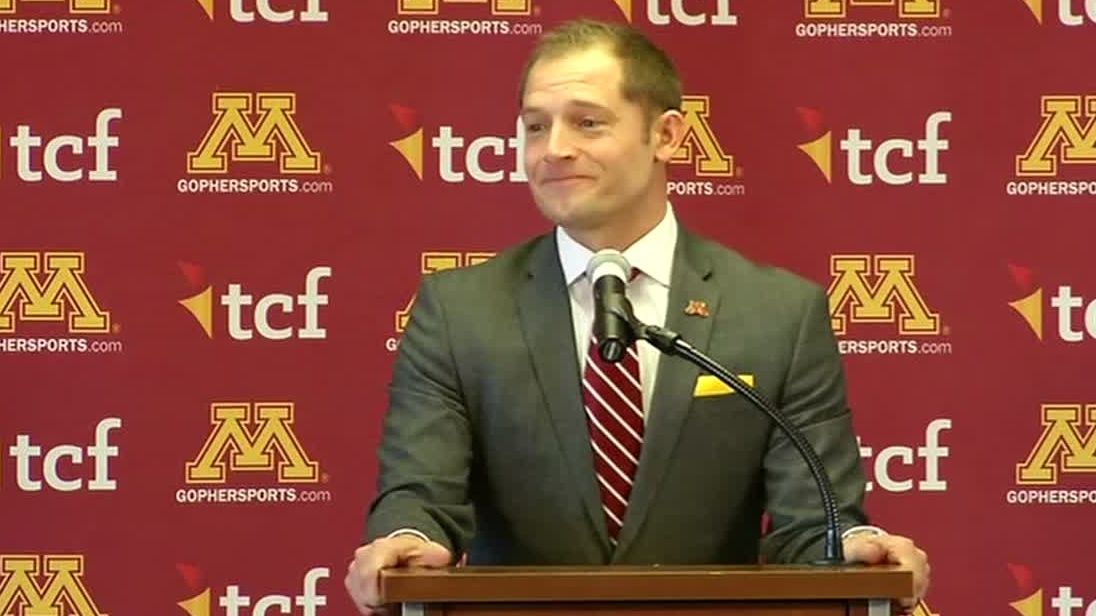 Fleck says 'change has arrived' to Minnesota
New Minnesota coach P.J. Fleck discusses the energy and focus he will bring to the program, with recruiting being a major part to bring success.