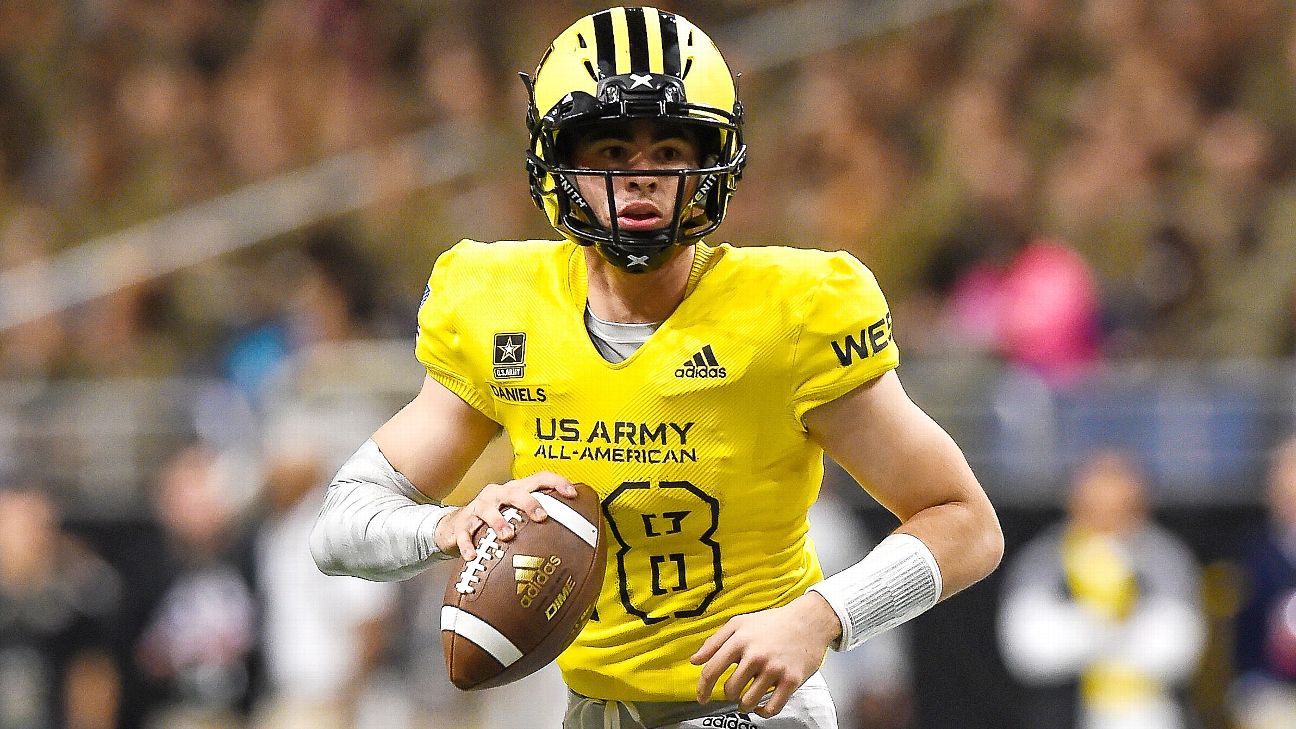 MARINA DEL REY, Calif. -- JT Daniels, a quarterback recruit for Southern California in 2019, and Katelyn Tuohy, dominant in cross country and track and field, have been honored as national prep athletes of the year. Tuohy is the first athlete to be a finalist in two different sports.

Daniels, a senior-to-be at Mater Dei High in nearby Santa Ana, California, led his team to a 15-0 record and a state title last year. The 6-foot-1, 205-pounder threw for 52 touchdowns and four interceptions. In three years as a starter, he has thrown for a school-record 12,014 yards and 152 TDs.

"It's honestly pretty difficult for me to put into words what this award really means to me and just how honored I am to receive it. Wow," Daniels said before finishing with a plug for the Trojans. "Fight on!"

Daniels is the top-rated QB prospect in the nation by four different outlets. He has a 3.89 GPA and volunteers as a youth football coach and with Marine families at California's Camp Pendleton.

Retired soccer player Abby Wambach presented the girls' trophy to Tuohy, a junior-to-be at North Rockland High in Thiells, New York. She was competing against herself and four others for the female athlete award. No other athlete has been nominated in different sports in the 16-year history of the Gatorade national program.

"I can hear my heart beating in my chest," Tuohy said, holding the trophy on stage. "This award is the most prestigious honor. Not only does it exemplify your athletic performance, but your academic performance and your character. I'm just so thankful to receive this award."

She volunteers with youth soccer and running programs and at the library while carrying a 4.59 GPA.

The winners will appear together on the cover of Sports Illustrated.

Daniels and Tuohy were applauded by 2014 boys' winner Karl-Anthony Towns of the Minnesota Timberwolves, Todd Gurley of the Los Angeles Rams, Sam Darnold of the New York Jets, Travis Kelce of the Kansas City Chiefs and Olympic sprinter Sydney McLaughlin, a two-time winner of the girls' award, during the dinner at a hotel in Marina del Rey.

All the nominees will walk The ESPYS red carpet and the winners shown on the ABC telecast Wednesday night.