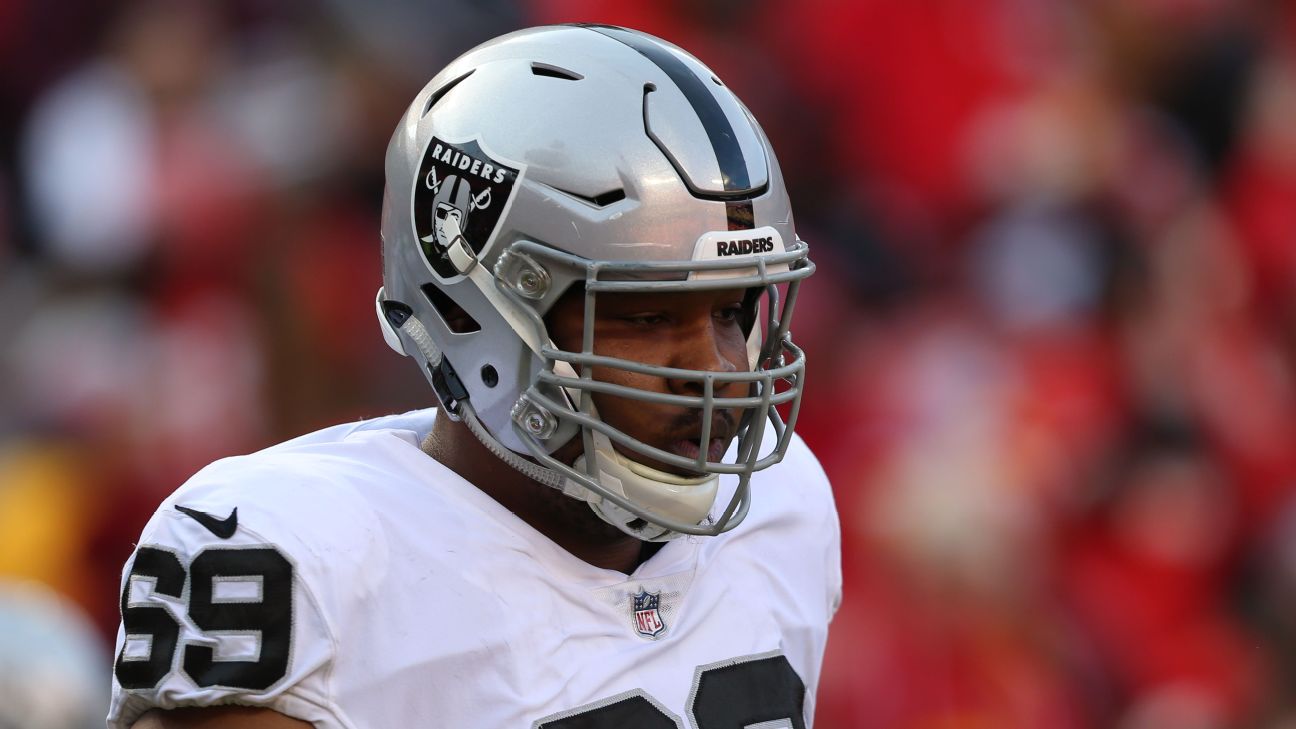 Good originally joined the Raiders after being claimed off waivers from the Indianapolis Colts late in the 2018 season. He played 16 games this season for Oakland and started five, playing both left and right guard.

Good was originally selected in the seventh round by the Colts in the 2015 draft. He has appeared in 46 games at both guard and tackle and made 28 starts in five seasons in the NFL.
Report a correction or typo
Related topics:
sportsespndenzelle goodnewsnfloakland raiders
Copyright © 2021 ESPN Internet Ventures. All rights reserved.
More Videos
From CNN Newsource affiliates
TOP STORIES