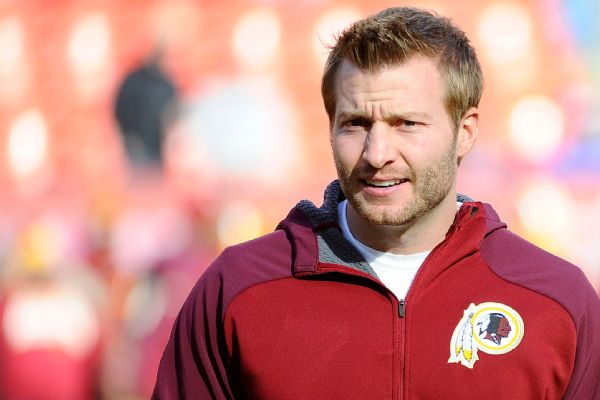 LOS ANGELES -- In an audacious move that stole some of the spotlight from the uprooting Chargers and stunned many throughout the industry, the Ramsrevealed their new head coach Thursday, hiring 30-year-old Washington Redskins offensive coordinator Sean McVay to the vacant post.

McVay, who turns 31 on Jan. 24, will become the youngest head coach since Art "Pappy" Lewis for the Cleveland Rams, who took the job in 1938 at 27 years old, according to ESPN Stats & Information.

The L.A. Rams clearly don't mind. They were so enthused with McVay that they agreed to hire him without first sitting down with Atlanta Falcons offensive coordinator Kyle Shanahan, who was considered one of the favorites when the process began.

The Rams will hold a news conference at their facility in Thousand Oaks, California, to introduce McVay at 3 p.m. ET Friday.

In a statement, McVay said: "I am incredibly honored by this opportunity, and I want to start by thanking Mr. [Stan] Kroenke and Kevin Demoff for their faith in me to lead the Los Angeles Rams as head coach. Collectively, we are committed to building a championship-caliber team, and I'm excited to start that process and make our fans proud."

McVay quickly lured Wade Phillips to become his defensive coordinator, with the seasoned head coach agreeing to terms on a deal Thursday night, a source told Schefter. The Rams probably won't bring Rob Boras back as offensive coordinator but could opt to keep special-teams coordinator John Fassel, who served as interim coach for the final three games of the season.

McVay is the grandson of John McVay, a successful San Francisco 49ers executive who presided over five Super Bowl-winning teams in the 1980s and '90s.

Sean McVay has spent the past three years running the Redskins' offense and has been crucial in the development of quarterback Kirk Cousins. The Rams hope he can do the same with 2016 No. 1 overall pickJared Goffand vastly improve a woeful offense that has gained the fewest yards in the NFL in each of the past two years.

In 2016, McVay's Redskins offense averaged more than 400 yards per game for the first time in franchise history and finished as the NFL's third-ranked unit.

"The accomplishments and success that he has had in less than a decade in our league are impressive," Kroenke, the Rams' owner, said in a statement. "We are confident in his vision to make this team a consistent winner and we will all continue to work together to achieve our ultimate goal -- bringing a Rams Super Bowl championship home to Los Angeles."

McVay began his career as assistant wide receivers coach with the Tampa Bay Buccaneers in 2008, during which time Demoff, the Rams chief operating officer who led the head-coaching search, worked in the front office. The head coach at the time was Jon Gruden, who reportedly recommended McVay to the Rams.

McVay coached receivers in the now-defunct United Football League in 2009 and joined the Redskins in 2010, progressing from assistant tight ends coach to offensive coordinator by 2014.

The Redskins have averaged 371.9 yards in McVay's three years as offensive coordinator. In the final two years of that stretch, Cousins -- a fourth-round pick who sat behind Robert Griffin IIIfrom 2012 to 2014 -- posted the NFL's fourth-best Total QBR.

The team was in desperate need of a jolt after a dispiriting first season in L.A., which finished with the 32nd-ranked offense, a seven-game losing streak and a 4-12 record. Fisher was fired 13 games in, despite entering the season with a contract extension through 2018. And now most of his staff will be replaced.

McVay got the job after coming in for a second interview Wednesday. The Rams interviewed at least six other candidates, including Anthony Lynn (the former Bills interim coach who was named Chargers head coach Thursday), Steve Wilks (Panthers assistant head coach), Harold Goodwin (Cardinals offensive coordinator), Josh McDaniels (Patriots offensive coordinator), Matt Patricia (Patriots defensive coordinator) and Doug Marrone (the former Jaguars interim coach who was given the full-time role last week). The Rams were going to interview Shanahan in Atlanta last weekend but were held up in Boston due to inclement weather.

Days earlier, McVay blew them away during his initial interview.

The four youngest head coaches in the Super Bowl era -- a group that includes Lane Kiffin, Raheem Morris, David Shula and McDaniels -- went a combined 52-115 before being fired by their respective teams, according to ESPN Stats & Information. But the likes of John Madden, Don Shula, Mike Tomlin, Bill Cowher, Al Davis and Gruden all had success in their early- to mid-30s.

The Rams are hoping the same for McVay.

Chicago Bears tight end Logan Paulsen, who was with the Redskins from 2010 to 2015, called McVay "one of the best at seeing the game from a big-picture perspective."

"Even as a young coach, the way Sean talked about the game wasn't on a small scale like a tight end position coach would," Paulsen told ESPN's John Keim. "It was on a grand scale of understanding conceptions of what the defense was trying to do and what the offense was trying to do within the confines of every play. That perspective just grew during his time as a position coach, and when he became the coordinator, it just expanded. Sean is a prodigy in that way. It's very special to have a guy who understands those levels of football." 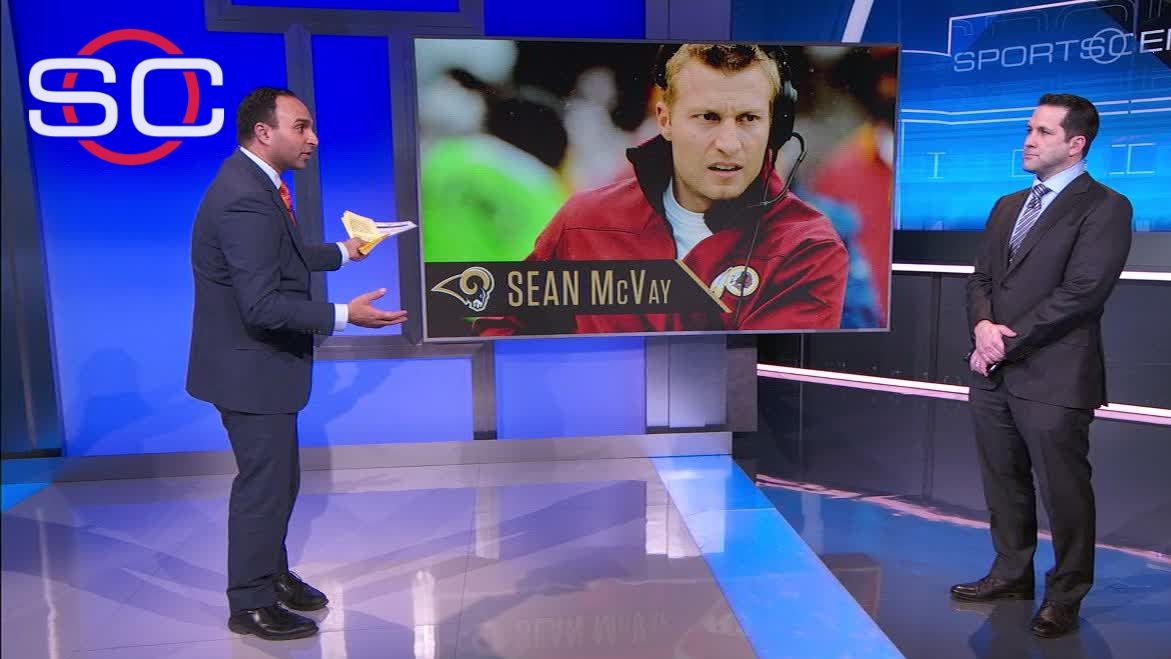