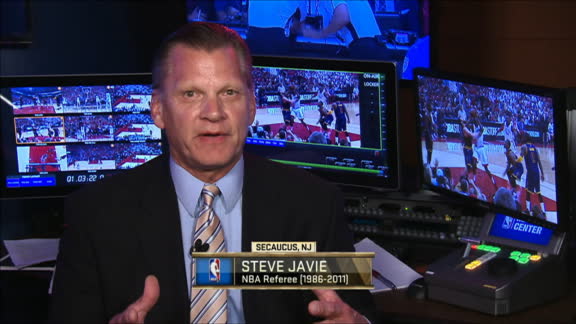 TORONTO -- Raptors center Bismack Biyombo was handed a flagrant foul 1 after official review Friday night in Game 6 of the Eastern Conference finals for elbowingCavaliersforwardKevin Love in the face on a rebound clear-out attempt. Biyombo now faces a one-game suspension for exceeding the postseason flagrant foul limit.

With his fourth flagrant foul of the postseason, Biyombo has exceeded the playoff total of three points, which results in an automatic suspension, according to NBA rules.

If this flagrant foul is upheld, Biyombo would serve the suspension if a Game 7 is necessary in Cleveland on Sunday night.

The foul occurred with 3:18 left in the first quarter, and the officiating crew called for it to be reviewed to see if it was flagrant.

In addition to grabbing a franchise playoff-record 26 rebounds in Game 3, Biyombo had a flagrant foul on LeBron James late in that Raptors' win.

Biyombo was alsoassessed a flagrant 2 upon review from the league office after hitting Indiana Pacers forward Myles Turner in the neck early in the fourth quarter in Game 7 of the first round on May 1.

If there is a Game 7 between the Cavaliers and Raptors, and Biyombo serves a suspension, Jonas Valanciunaslikely would start.

Information from ESPN's Mike Mazzeo was used in this report.