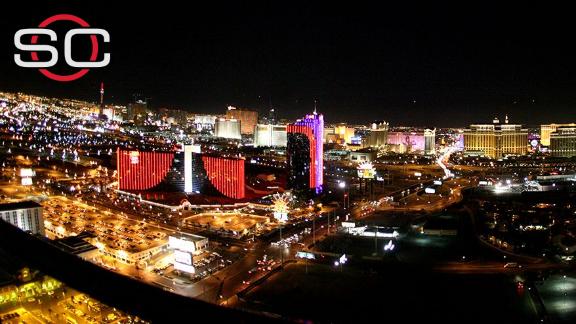 With an estimated $95 billion expected to be bet -- mostly illegally -- on NFL and college football this season, research shows that a legal sports betting market in the United States would be the largest in the world and could potentially generate as much annual revenue as the NFL itself.

The American Gaming Association issued a release Wednesday estimating Americans will bet $95 billion on NFL and college football this season, with less than four percent of the money believed to be wagered legally.

"Illegal sports betting is reaching new heights of popularity in America," Geoff Freeman, president and CEO of the American Gaming Association, said in the release. "It's clear that a federal ban on traditional sports betting outside of Nevada is failing."

Currently, Nevada is the only state allowed under federal law to offer a full menu of sports betting, including single-game wagering, the most popular form in the U.S. In 2014, Nevada sportsbooks won $227.04 million, an all-time record, according to gaming control.

New Jersey has been trying to bring legalized sports betting to its struggling casinos and racetracks for three years, but was sued by the NCAA, NFL and other professional sports leagues and recently lost in federal appeals court for the second time. On Tuesday, New Jersey Gov. Chris Christie filed a petition for a rehearing with the Third Circuit Court of Appeals.

In 2015, six states -- Indiana, Minnesota, Mississippi, New York, South Carolina and Texas -- have considered sports betting bills. And some of the sports leagues have softened their stance on legalizing sports betting, with the NBA leading the way.

NBA commissioner Adam Silver has called for Congress to create a federal framework that could be adopted by states interested in offering legal sports betting.

"We agree with the Third Circuit's decision reaffirming that the appropriate path to legal sports betting is through Congress," NBA spokesman Mike Bass said in a statement after the most recent court decision in the New Jersey case. "We continue to support a federal legislative solution that would protect the integrity of the game while allowing those who engage in sports betting to do so in a legal manner."

MLB commissioner Rob Manfred has said a "fresh approach" to sports betting is needed. The NFL remains opposed, but is studying the issue privately and has sat down with the American Gaming Association to discuss sports betting, according to sources. The NCAA also remains adamantly opposed to legalizing sports betting.