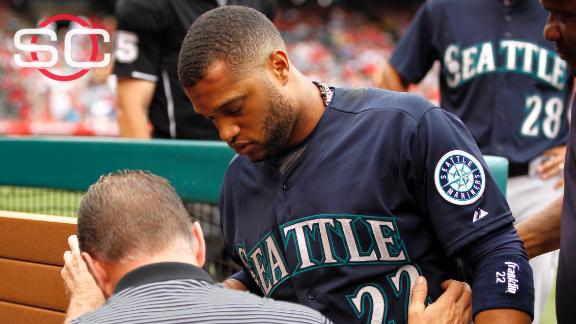 ANAHEIM, Calif. -- Seattle Mariners star Robinson Cano was hit in the head by a stray ball while the Los Angeles Angels were warming up in between innings Saturday and left the game because of dizziness.

Cano was taken to the clubhouse after being struck by rookie shortstop Taylor Featherston's high throw over first baseman Albert Pujols as the Angels' infield loosened up before the seventh inning. Cano had a sizable welt near his left temple, and the Mariners' medical staff checked the second baseman for a concussion. No signs of one were found.

"I didn't hear anything," Cano told reporters. "Those are the things that hurt the most, when you aren't expecting anything. I checked the replay and it hit me and bounced all the way back to first base. It hurt at first, but I'm good. I was talking to Guti (teammate Franklin Gutierrez), looking to the side, and the next thing I knew I got hit in the head. I didn't lose my consciousness. It just hurt right on that spot, but otherwise everything is good.

"So far, I can play tomorrow. Hopefully it'll stay the same. I feel good right now. I can walk and I can remember everything. They did a test and it was good."

Added Mariners manager Lloyd McClendon: "The Angels doctors checked him out and our staff checked him out. From what we've been told, he should be ready to go tomorrow."

Cano said Pujols called him after the game to see how he was feeling.

"He's a young guy, but I don't think there's a reason you have to throw that hard between innings," Cano said of Featherston. "But it's all right. Things happen for a reason. Thank God I'm good and right now I feel good to play. Hopefully everything goes well through the night."

"I think the ball just got away from Taylor," Giavotella said. "Obviously it wasn't malicious, by any means. Taylor's a good guy. It was just one of those freak accidents that you hope doesn't happen again. I wish all the best for Robinson Cano. I have a lot of respect for him. ... It was scary. You don't wish it on anyone. Unfortunately, it happened today."

Cano's teammates were relieved that it wasn't anything more serious than a bump on the noggin.

"It was scary," Mariners starter J.A. Happ said. "I kind of saw it happen, and it sounded pretty gross. I saw the throw coming high, but I didn't have time to really react or say anything. I'm just glad he's OK, and I'm sure everybody else is, too."

Willie Bloomquist replaced Cano at second for the Mariners, who went on to lose 4-2. 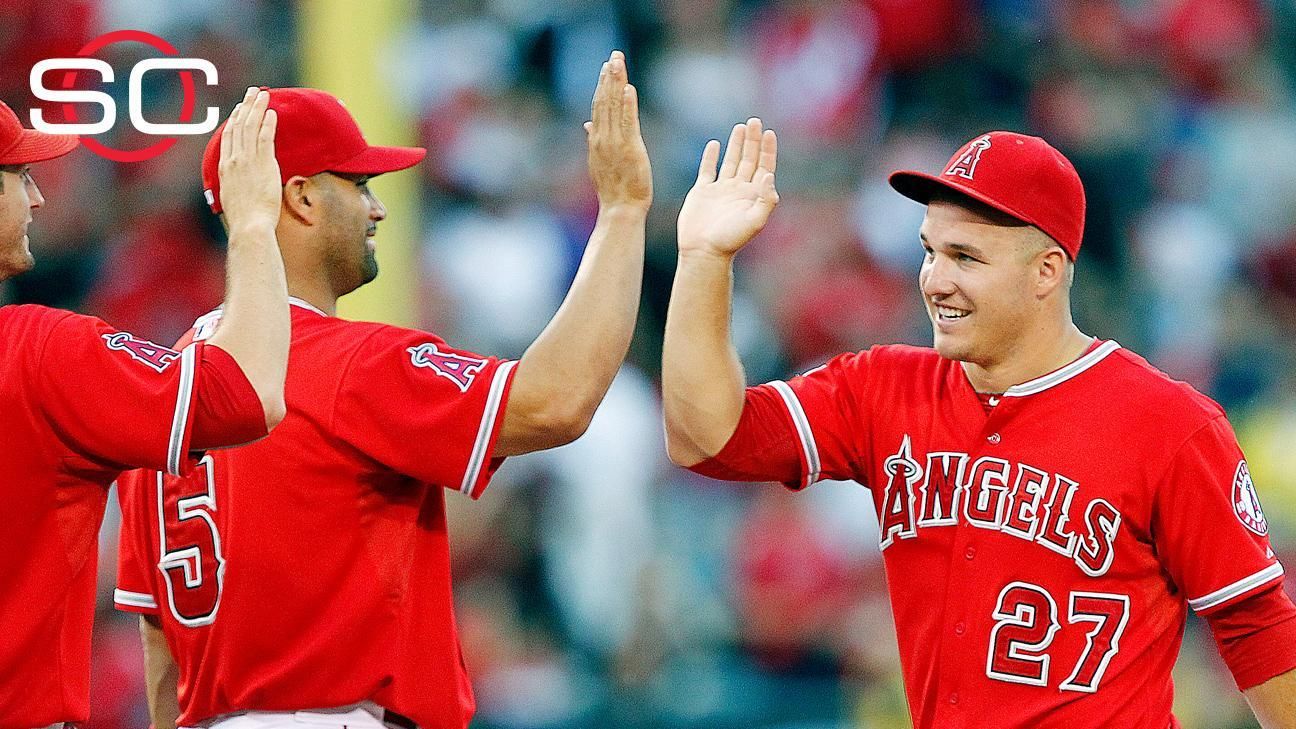