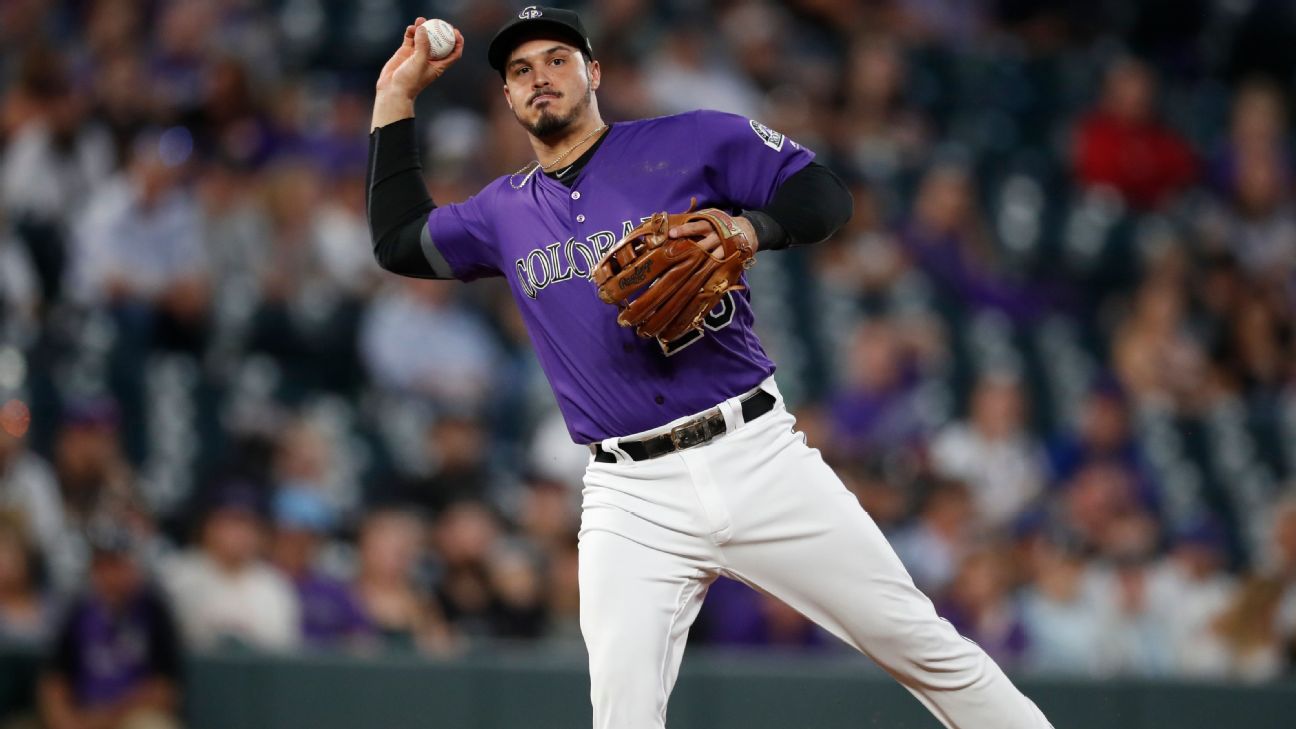 Nolan Arenado extended his streak of winning a Rawlings Gold Glove Award in every season of his career on Sunday, when the Colorado Rockies star captured the award for National League third basemen for the seventh consecutive year.

Arenado has won the award each year since he debuted in 2013. With this year's win, he moved into sole possession of fourth place for the most Gold Gloves among third basemen and just one behind Scott Rolen for third place all time.

Only Baltimore Orioles legend Brooks Robinson, who won 16 Gold Gloves in a row from 1960 to '75, and Mike Schmidt, who won 10, have more than Arenado. Robinson has the most Gold Gloves among all position players, but at just 26 years old, Arenado has a chance to catch him.

The Arizona Diamondbacks had four Gold Glove winners on their team this season, including both pitchers,Mike Leake and Zack Greinke, though the two never played with each other. Leake won the American League pitcher's award for his time with the Seattle Mariners before Arizona acquired him at the trade deadline on July 31, the day the Diamondbacks dealt Greinke to the Houston Astros.

The Oakland Athletics had a pair of winners, as first baseman Matt Olson and third baseman Matt Chapman both won for the second straight season. The Cleveland Indianshad two Gold Glovers in shortstop Francisco Lindor, who won the second of his career, and catcher Roberto Perez, a first-time winner.

The second baseman awards went to the White Sox's Yolmer Sanchez and the Cardinals' Kolten Wong, who both won for the first time.

In the National League, Cubs first baseman Anthony Rizzo won his third career Gold Glove and second in a row, while catcher J.T. Realmuto earned his first award in his first season with the Phillies after a preseason trade from the Marlins.

Managers and up to six coaches per team vote for the awards in their league and cannot choose their own players. For the first time, the defensive index from the Society for American Baseball Research was used, and it comprised about 25% of the vote, with the managers and coaches ballots the rest. 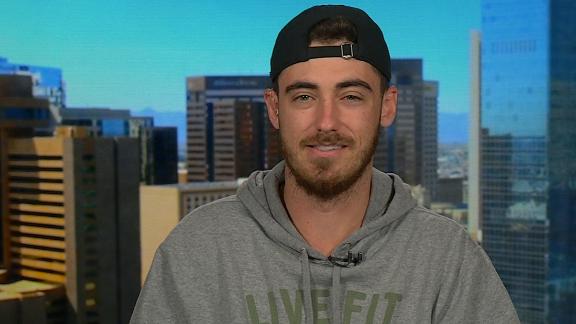