Russell Westbrook pivots on subject of Kevin Durant: 'Fashion week has been great' 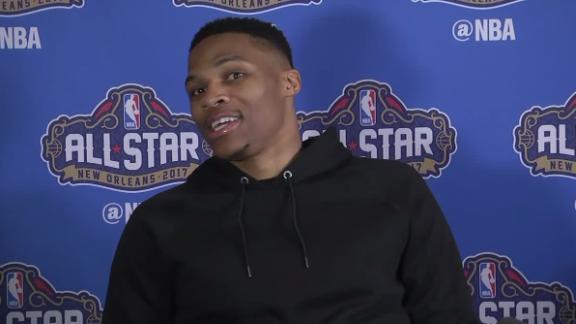 NEW ORLEANS -- Neither Russell Westbrook nor Kevin Durant were interested in talking about their relationship and how a weekend of being teammates again will play out.

Westbrook avoided every Durant-related question at Friday's All-Star media availability by redirecting his answer to talk about fashion.

"Man, you know what, fashion week has been great," Westbrook said when asked about being in a locker room with Durant again. "You seen fashion week? You been paying attention to fashion week? Man, a lot of great-looking things at fashion week I'm looking forward to -- new collections. It's been good."

Westbrook was asked a follow-up about playing with Durant and responded, "Man, you seen the new Public School clothing? Crazy. They got the new Jordan hoodie with MJ. It's crazy, man. A lot of new great things with fashion week I've seen, man. What else is out? Gucci. The new Gucci stuff is dope. It's good stuff, man."

Durant and Westbrook were Oklahoma City Thunder teammates for eight seasons before Durant signed with the Golden State Warriors last July. They will be teammates again Sunday, when they suit up for the Western Conference All-Stars.

During training camp, Westbrooktold reporters he wasn't answering anymore questions about Durant -- but he did handle a few last week, leading into Durant's return game in Oklahoma City. Westbrook said following the game -- a 130-114 Warriors victory -- that he has moved on, with him focused on his team while Durant focuses on his. He reiterated that Friday.

"I don't know what y'all need, but I'm in a great place. I'm happy, I'm having fun, I'm having a great time," Westbrook said. "I'm happy with my team I have now and looking forward to moving forward."

Durant told ESPN's Sage Steele on SportsCenter that he's not thinking about talking with Westbrook this weekend, saying if it happens "organically" then that's fine with him.

"I'm going to handle All-Star Weekend like I always did," Durant said. "Get in and get out. Do everything I'm supposed to do, play the game and have some fun. I didn't come here to be any drama or have a heart-to-heart with anyone. I'm going to enjoy my weekend, enjoy my couple days I got off and get ready for the second half."

Westbrook and Durant still have not spoken in an official capacity since Durant joined the Warriors last summer. They had an on-court exchange last Saturday when Durant made his return to Oklahoma City, with Westbrook yelling, "I'm coming!" with Durant responding that Westbrook was still going to lose.

Durant, Stephen Curry, Klay Thompson, Draymond Green and the coaching staff will represent Golden State on Sunday. Head coach Steve Kerr has been coy about who's going to play with his four Warriors, leaving the door open that it could be Westbrook.

Asked what it would be like to play with them, Westbrook responded, "What's your favorite fashion brand?"

Durant's current teammates have downplayed the reunion, with Currysaying the tension has been blown out of proportion.

"I think it's overblown, to be honest with you," Curry said. "From their standpoint, they know each other so well. Obviously there's history and ... whatever you want to call it with the transition with KD leaving.

"At the end of the day, we're all celebrating being All-Stars here. When we get in the locker room, I think it will be business as usual. Do what they need and we'll all have fun."

Westbrook has won the past two All-Star Game MVP honors. Asked how he thinks Westbrook will play in this one, Durant said, "He'll play how he plays. It really doesn't matter to me." 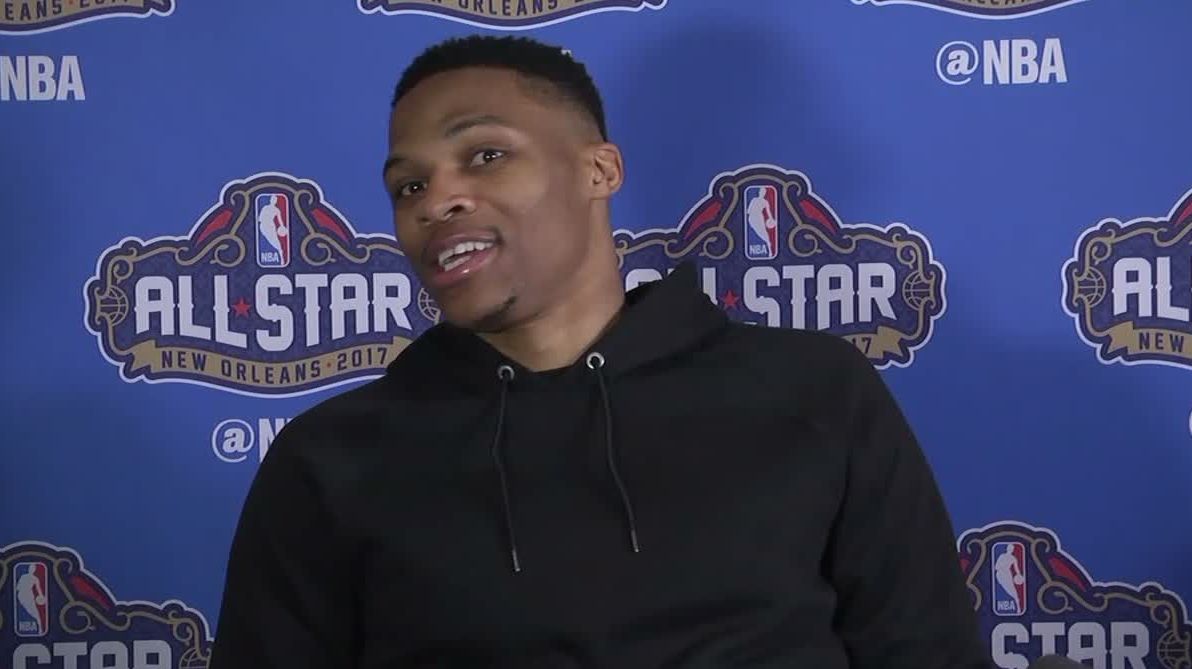