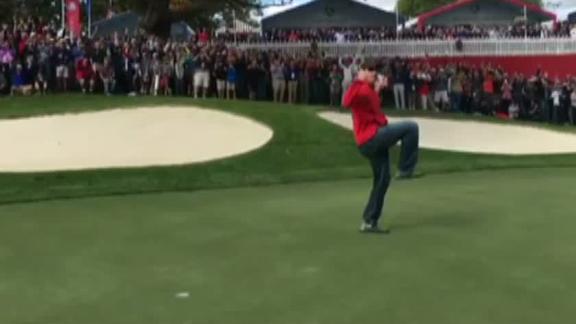 CHASKA, Minn. -- Some of the European Ryder Cup team members had fun with an American fan in the gallery Thursday, coaxing him to try a 12-foot putt.Justin Rose even put a $100 bill down on the green for if he made it.

Sure enough, David Johnson from North Dakota, wearing jeans and a red shirt, rammed the ball in the back of the cup and celebrated as if he had won the Ryder Cup himself, getting hugs from Rory McIlroy and Henrik Stenson.

"The boys were struggling with their lines, and David was kind enough to come down and show us how to do it," said Stenson, tongue firmly in cheek.

Johnson heckled the European players, saying he could make that putt.

"Somehow, it fell in," said Johnson, who got the currency autographed. 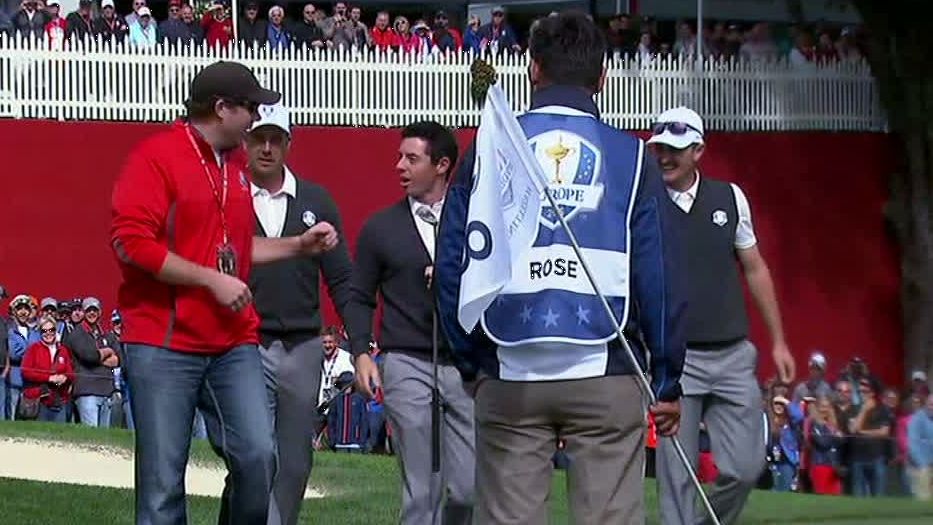 David Johnson calls out golfers and doesn't disappoint
David Johnson breaks down getting called out by Rory McIlroy and the European Ryder Cup after heckling them on the eighth green, saying he could make the putt and that is exactly what happened, winning $100. 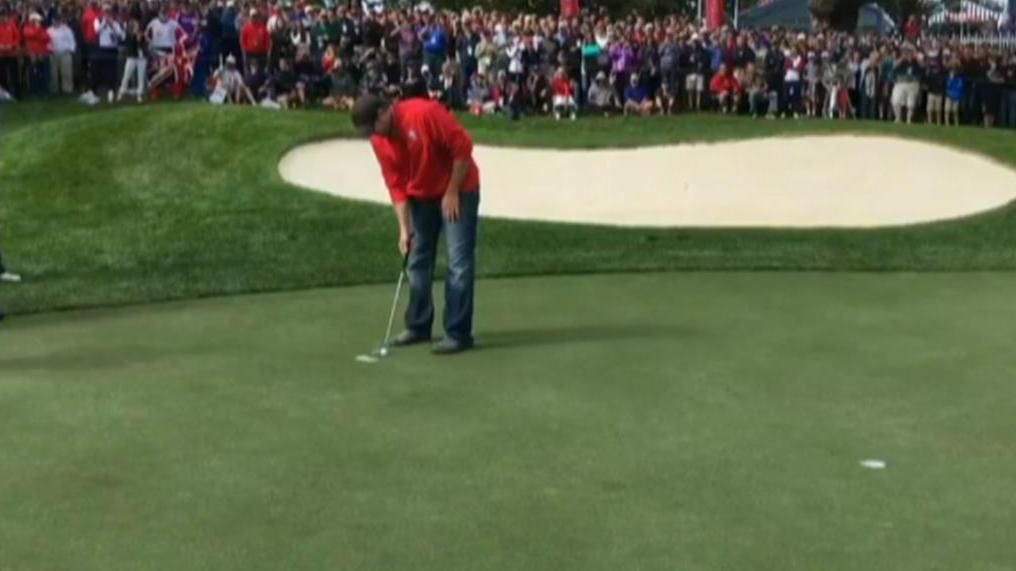