Ryu better but still will make eighth trip to IL 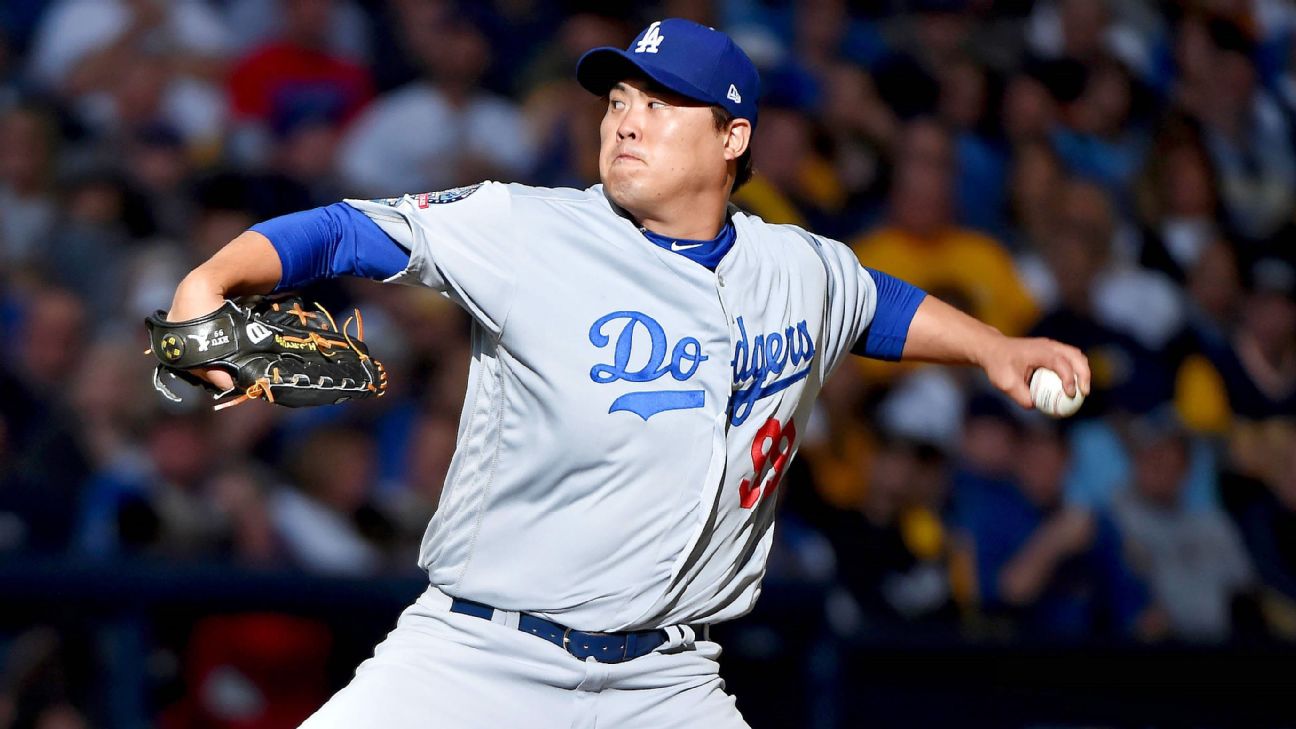 ST. LOUIS -- As expected, the Los Angeles Dodgers placed left-handed starter Hyun-Jin Ryu on the 10-day injured list Tuesday. He was replaced on the active roster by righty reliever JT Chargois, who was recalled from Triple-A Oklahoma City.

Ryu, 32, will be making his eighth career trip to the injured list after he left his start Monday night against the St. Louis Cardinals during the second inning because of a strained left groin. Ryu missed three months last season because of a similar injury, but after Monday's game, he suggested the early exit was "a precautionary measure."

A day later, Dodgers manager Dave Roberts said that while the club wants to be careful with the oft-injured Ryu, the hurler improved with a night's rest.

"Right now, he feels better than he did last night," Roberts said. "Which is a good sign."

Roberts added that Ryu has not undergone an MRI exam because of the setback and there is no current plan for him to do so. However, the timetable regarding the next time Ryu will throw has not been established.

"When he kind of picks up a baseball, we haven't made that determination," Roberts said. "Obviously there is going to be some kind of bullpen, just to see how he feels out on the mound. But to know that there has been some improvement as far as how he feels today, it's a good thing."

Chargois, 28, was 2-4 with a 3.34 ERA out of the Dodgers' bullpen last season. He began the 2019 season by allowing one run with two strikeouts over 1 innings for Oklahoma City.

Ryu's injury leaves the Dodgers scrambling to fill out their rotation, with no one currently slotted in the lefty's place for his next scheduled start on Saturday. However, Roberts said the team isn't inclined to "bullpen" its way through a game, which makes it likely that L.A. will have to recall another pitcher to make that start at Dodger Stadium against the Milwaukee Brewers.

"It's a possibility," Roberts said about the notion of calling up a starter for Saturday. "All things are possible. We're going to continue to talk about that."

With Ryu headed to the injured list, the Dodgers appear to be closer to getting two other veteran lefties back in their rotation. Longtime ace Clayton Kershaw (shoulder) left the club after Monday's game to make a rehab start for Double-A Tulsa on Tuesday night. If that outing goes well, Kershaw will return to the active list over the weekend, though not in time to start Saturday.

Meanwhile, Rich Hill (knee) threw about 30 pitches in a workout in the bullpen at Busch Stadium on Tuesday.

"It was really good," Roberts said. "Stuff was good. Execution good, and intensity, as you'd expect from Rich."