Sabres defenseman Jake McCabe out after having thumb surgery 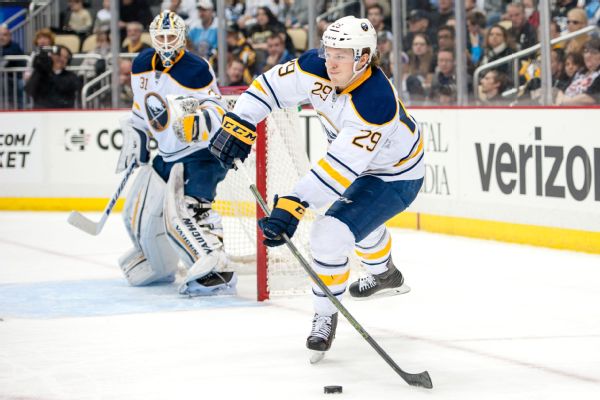 BUFFALO, N.Y. -- Buffalo Sabres defenseman Jake McCabe will miss between three and four weeks after having surgery to repair a thumb injury.

McCabe had surgery on Wednesday, a day after he was hurt in a 4-3 overtime loss to the Anaheim Ducks. He played only one shift in the second period, and appeared to be hurt late in the first period following a collision with Ducks captain Ryan Getzlaf.

McCabe has three goals and nine assists for 12 points in having played all 53 games this season. He's also third among Buffalo defensemen in averaging 19 1/2 minutes of ice time per game.

The Sabres close a five-game homestand in playing the New York Islanders on Thursday night.